Hollywood insiders are saying that the Assassin’s Creed film franchise is guaranteed to fail. 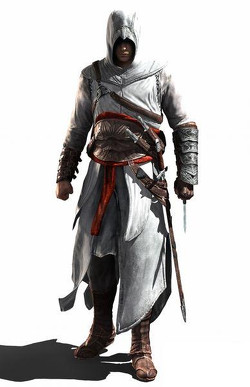 New York Magazine reported that Sony has recently signed a movie deal with Ubisoft to adapt Assassin’s Creed. However, in order to get this deal to happen, Sony just about had to give Ubisoft complete creative control over the project. It’s reported that Ubisoft has final say on budget, cast, script, and even the release date.

An insider is reported as saying, “As a director, even Steven Spielberg cannot get this kind of deal.”, and as a producer he was apparently one of the first to pass on the project because of the demands made by Ubisoft.

I’m a little unsure about Ubisoft’s goals. I can’t tell if they want to make sure that a movie never gets made or if they want to make sure it gets made right. Personally, I have hope that they will prove the naysayers wrong and make a kick ass movie. The cinematics that they produce for their games are almost good enough to be movies on their own.