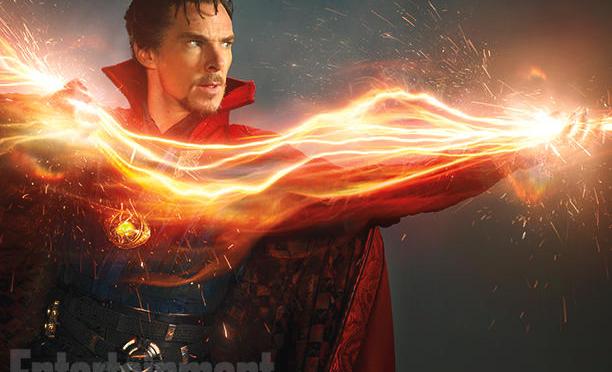 By the Hoary Hosts of Hoggoth! We finally get our first look at the best name in Hollywood in full costume for Scott Derrickson’s Doctor Strange! That’s right, Benedict Cumberbatch graces the cover of Entertainment Weekly with our first official look at the Doc’s costume, and we couldn’t be happier.

Continuing the run of great costumes we’ve seen from Marvel lately, Cumberbatch seems to be in a fairly comic accurate outift, which is further reinforced by some of the other pics released in the same issue of EW.

We’ll show you both the cover and the concept pictures which showcase the costume as well as some origin plot points, the Sanctum Sanctorum (his HQ) and what might be our first look at the mystical Astral Plane. 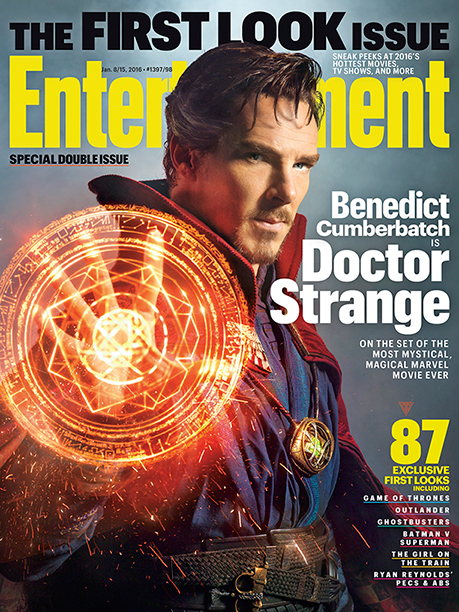 Some of the imagery is ripped straight from the comics, and Cumby definitely looks the part. Hard to even imagine anyone else tackling this role with Cumberbatch in full costume now.

With this first look we are left with even more questions and curiosities about Marvel’s latest member of the MCU. It’s a similar feeling to watching the development of Guardians of the Galaxy or Ant-Man, which were both considered risks for Marvel Studios at the time.

After taking a look at these photos I’m fairly excited to see the Master of the Mystic Arts on the big screen as Marvel explores yet another area of their cinematic universe. What do you think of the costume? Is Benedict Cumberbatch Doctor Strange or what? Let us know in the comments section below!