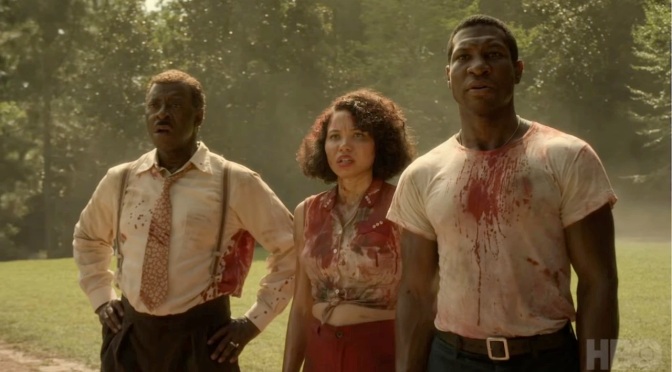 HBO has released the official teaser trailer for Lovecraft Country, its new series which hails from creator Misha Green (Underground), and executive producers Jordan Peele (Get Out) and J.J. Abrams (Westworld).

The series tells the story of Atticus Freeman his friend Letitia, and Atticus’ uncle George as they travel through the 1950s Jim Crow South in search of both Atticus’ father and a location known as Lovecraft Country. As the new trailer for the series indicates, there are the standard racists living in the world — but also possibly something just as monstrous and supernatural. The journey begins a struggle to survive and overcome both the racist terrors of white America and the terrifying monsters that could be ripped from an H.P. Lovecraft paperback.

Check out the latest trailer for Lovecraft Country below:

This trailer shows a little more of the supernatural elements that the series promises viewers. We get a look at an unseen force dragging a body along a dock and a woman being thrown around a room, as well as a view of new key shots of the “creatures” of this Lovecraft country. During its rapid montage, the trailer also shows some pretty terrifying real-world scares, including a cross burning, police stopping a Black family at a checkpoint, and a police officer firing a gun. The series (much like the novel) will be just as much about the horrors that face Black Americans as it will supernatural forces.

In development for over three years, co-creator Green said of the series:

“When I first read Lovecraft Country I knew it had the potential to be unlike anything else on television. Jordan, JJ [Abrams, producer], Bad Robot, Warner Bros., and HBO are all in the business of pushing the limits when it comes to storytelling, and I am beyond thrilled to be working with them on this project.”

Lovecraft Country, based on a novel by Matt Ruff, comes from Jordan Peele’s Monkeypaw Productions, and J.J. Abrams’ Bad Robot Productions in association with Warner Bros. TV. Along with Green, Peele, and Abrams, executive producers are Bill Carraro, Yann Demange (who directed the first episode and directed Majors in White Boy Rick), and Daniel Sackheim (The X-Files, The Walking Dead) who helmed the second and third episodes, respectfully. 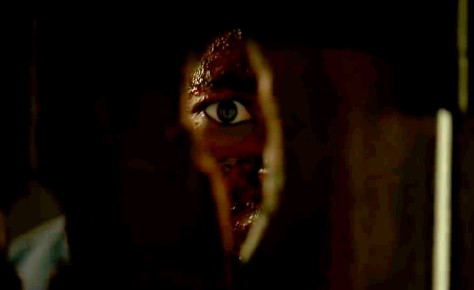