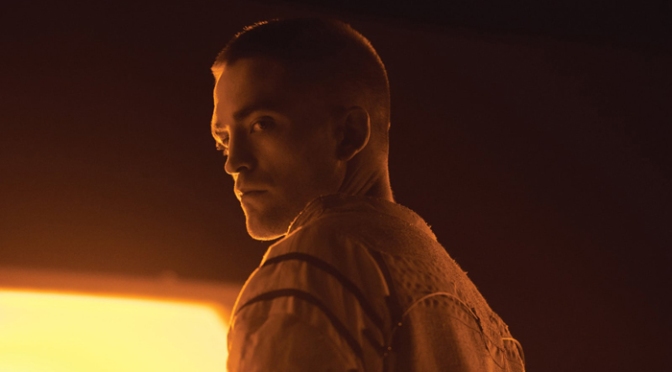 A24 has released the official trailer and poster for director Claire Denis’ upcoming sci-fi drama High Life, starring Robert Pattinson and Juliette Binoche. The film tells the story of a group of criminals aboard a spaceship traveling to a black hole. But, it’s oh so much weirder than that. Written by Denis, Jean-Pol Fargeau, and Geoff Cox, the film also stars Mia Goth and Andre Benjamin.

The film premiered at the Toronto International Film Festival last September and garnered mostly positive reviews, although critics warned that this is a very strange movie that delves into concepts of procreation and conception in graphic ways. Praising it as a “high-minded” film in the vein of Andrei Tarkovsky’s Solaris, and as an abstract, languid film about the nature of human existence. Just like that Tarkovsky movie, Denis’ sci-fi film is also paced very deliberately, and many audience members will find that to be the biggest obstacle to overcome when it hits theaters.

Check out the trailer for High Life below:

Denis is known for her films Chocolat, Beau Travail, White Material and 35 Shots of Rum. She is an icon of art-house cinema with fans that range from Barry Jenkins (the Oscar-winning director of Moonlight) to Martin Scorsese.

In the years since the Twilight series, Pattinson has sought out increasingly challenging roles with some of the world’s best filmmakers like James Gray, David Cronenberg, and perhaps his best performance to date, as Connie in the Safdie Brothers’ Good Time. In High Life, Denis uses both the beauty and the enigma Pattinson carries to electric effect.

Binoche recently collaborated with Denis on Let the Sun Shine In, which made its debut at the Cannes Film Festival in Director’s Fortnight where it won the SACD Prize. Best known for her work in the film The English Patient, which won her the Academy Award for Best Supporting Actress in 1997, Binoche was later nominated for Best Actress for her role in 2000’s Chocolat (not the same movie as Denis’).

Monte (Robert Pattinson) and his baby daughter are the last survivors of a damned and dangerous mission to deep space. The crew—death-row inmates led by a doctor (Juliette Binoche) with sinister motives—has vanished. As the mystery of what happened onboard the ship is unraveled, father and daughter must rely on each other to survive as they hurdle toward the oblivion of a black hole. A staggering and primal film about love and intimacy, suffused with anguished memories of a lost Earth, High Life is a haunting, thrilling achievement from visionary director Claire Denis.

You can also check out the poster for the film below, which really doesn’t sell it for what it is but it sure is nice to look at: