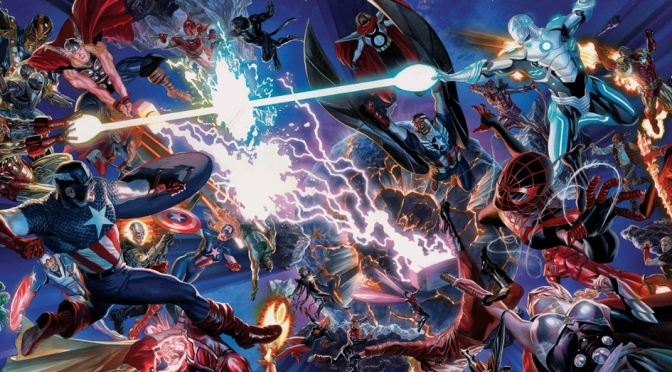 We’ve been talking about a bunch of different comic universes over the last month, with news of DC Comics’ new direction after Convergence, Spidey in the MCU, and of course that Avengers: Age of Ultron trailer. What we haven’t discussed much of is Marvel Comics upcoming universe-altering event Secret Wars, which promises to bring an end to the current Marvel Universe as we know it, which will be known afterwards as the “All-New Marvel.”