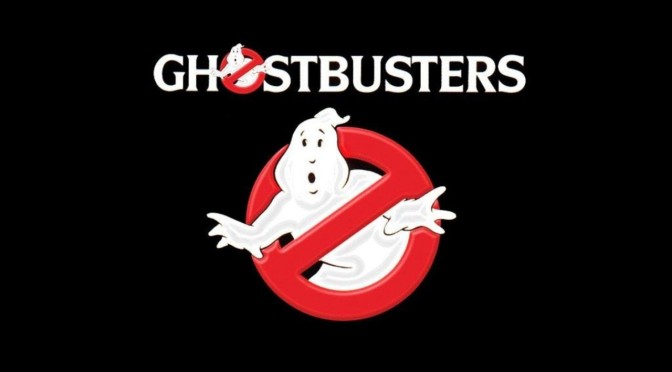 Ever since I was a kid, my Father and I never had the easiest time connecting with each other. However, there were a few things that we could instantly bond over and discuss at length, such as food, comics, and movies. Ghostbusters was one of those movies, and remains a favorite in his household and mine.

Of course, Ghostbusters became more than just a movie to all of us who grew up watching it over and over and over again. With a sequel, multiple animated series, toys, and video games, all these factors combined to make Ghostbusters a huge cultural piece of our upbringing.

A third film, which was allegedly titled Ghostbusters in Hell, couldn’t have been more aptly named, as the film soon found itself in development hell. Eventually it died a slow and extremely painful death, and we were left with nostalgic memories of Spengler, Venkman, Stantz, and Zeddmore.

So of course, when it was announced that Paul Feig would be reinvigorating the franchise with a new film starring four new characters – FEMALE characters, no less – the Internet collectively lost its mind. When everything settled and hurt fanboys realized thier protests amounted to exactly dick, I think it’s fair to say a lot of us started getting excited again by the prospect of a new Ghostbusters flick.

So today we are going to take a quick look at some of the information we’ve seen from the set, usually from director Paul Feig, who can’t help but show off his new crew. So let’s start with our four new ‘busters, and yes, they are women. Get over it already.

Melissa McCarthy, Kristen Wiig, Kate McKinnon, and Leslie Jones were announced a while back as the main cast members, and fans of SNL will of course be familiar with most of the names. We saw a few quick pics of the characters on set, with McKinnon’s crazy look standing out among the rest. A lot of us believed/hoped her character would have some ties to Egon Spengler, the nerdy scientist played wonderfully by the late Harold Ramis.

However, Feig recently revealed on Twitter the names of the main characters, casting doubt on the Spengler connection. The tweet – and further confirmation on IMDB – revealed our main characters: Abby Yates (McCarthy), Erin Gilbert (Wiig), Jillian Holtzmann (McKinnon), and Patty Tolan (Jones). The first pic of the team on set was also revealed around the same time.

Joining the new team will be Chris Hemsworth, who is completing the gender reversal by playing their receptionist Kevin, a position made famous in the original by Annie Potts as Janine Melnitz. Not content with merely revealing some of the casting announcements, Feig also dropped some pictures from set that had fans talking.

First up was the new outfits, along with the Proton Packs. Obviously the packs look a little different than the kind we strapped to our backs as kids, but that’s to be expected. The uniforms are relatively the same, with a few more lines and colors here and there, but really they are only brown jumpsuits with nametags, so not much to tear apart there.

Finally, they revealed the Ecto-1, the original phenomenal mode of transportation for the Ghostbusters that sits highly on the list of fan-favorite vehicles along with the Delorean, Batmobile, and other cars too cool for school.

Of course, the new Ecto-1 disappoints a little bit as it is a different type of vehicle, but there can’t be too many 1959 Cadillac Miller-Meteor’s left kicking around. Considering most movies need more than one working version of their film cars for stunts and any accidents that may occur, it makes sense they would have to change the make of the vehicle for one that is more readily available to the production.

Finally, the villain of the piece was cast, with comedic actor Neil Casey taking the role. We don’t know too much about the character, besides the name Rowan, and that he is a “creepy mechanical genius.” Casey has been winning us over in the last few years with hilarious roles on Kroll Show, Inside Amy Schumer, and most recently Paul Feig’s show Other Space.

Throughout all the controversy and whining fans and rumors and setbacks, a new Ghostbusters is on the way, and we can’t wait to revisit the team.

What do you think of the new cast of Ghostbusters? Does any of the recently revealed pics or information change your mind about the film? Changed it from what… to what? Let us know in the comments section below!