There was an accident. About an hour ago, a small jet went down inside New York City. The President was on board.

Pablo Fernández Eyre has created a side-by-side comparison of visual similarities in John Carpenter’s Escape From New York and its later sequel, Escape From L.A.

Sequels are supposed to share some common visuals, especially when they’re from the same director. Many of the shots that we see repeated in the sequel are there intentionally telling a connecting narrative, one that we remember visually, almost on an instinctive level. Sure, enough of these shots are pretty common in any movie but the connecting visual language of the two side-by-side is hard to ignore.

Escape From L.A. often gets a bad rap from fans and critics (though Roger Ebert did give it a very favorable review). Carpenter and producing partner Debra Hill were really commenting more on the absurdity of Hollywood sequels more than trying to make an earnest followup. 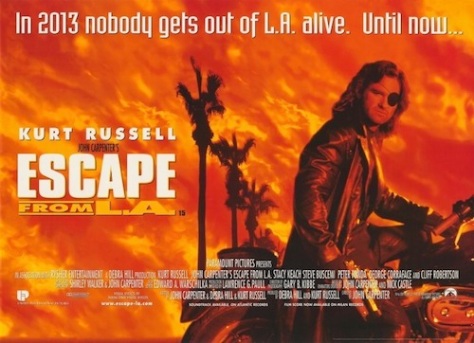 The film is still very weak in places, and it does nothing to expand on Snake’s mythos or character, and it’s repetition in plot can become very tedious, especially when compared to Escape From New York.

John Carpenter and his first Snake Plissken adventure also made news again recently. This time in the form of a little plagiarism lawsuit involving an action film called Lockout about an ex-con tasked with rescuing the President’s daughter from a prison. It’s almost the exact pitch you’d give for Escape From New York and L.A. except, y’know, in space! 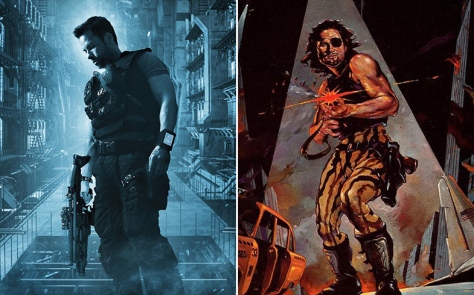 Luc Besson (Leon, The Fifth Element) directed and co-wrote Lockout, a movie many thought was a rip-off of Escape From New York and Carpenter seemed to agree. The director took production company EuropaCorp and the film’s writers — Stephen St. Leger, James Mather and Besson— to court over the matter, claiming they plagiarized his work. Guess what? He won. Europacorp has been ordered to pay 20, 000 euros to Carpenter, 10 000 euros to the screenwriter (both Carpenter and Nick Castle), and 50 000 euros to the rights owner of the movie. It’s nothing new when a film rips-off, borrows, recycles or flat-out steals from another, but in this case, there appears to be a line and Luc Besson done gone crossed it.

So next time you come across Escape From New York or Escape From L.A. try picking out your own connections, and see just how much John Carpenter ripped-off from himself in glorious fashion.