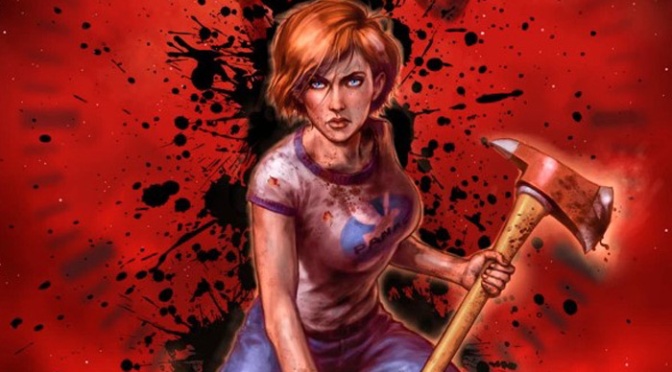 Quiver Distribution has released a full-length official trailer for their upcoming animated horror-thriller film To Your Last Death.

After emerging as the sole survivor in a deadly revenge game set up by her father to punish his children, Miriam receives an offer from a supernatural entity to go back in time and try again. Now, Miriam must survive both her father’s blood lust and the Gamemaster’s ever-changing rules to save her siblings as she relives the worst night of her life.

Check out the trailer for To Your Last Death below:

The animation might come across as a little janky, like something between FX’s Archer and someone’s at-home flash animation video but it’s a welcome surprise to see an adult animated horror film of any shape or form. Regardless of the quality, the trailer is a nice 2-minute treat for horror fans looking for something a little different.

To Your Last Death is directed by Jason Axinn on a script from Jim Cirile and Tanya Klein, and it features a pretty extensive ensemble cast for a film of this size. The vocal talent is led by Morena Baccarin (Firefly, Gotham, Deadpool) who voices the Gamemaster. The film also features William Shatner (Star Trek), Ray Wise (Twin Peaks, Reaper) and Bill Moseley (3 From Hell).

The film was entirely funded on Indiegogo back in March of 2016 where it raised 114% of its original goal, amounting to little more than $52,000. Production was underway shortly after that and took just over a year to complete. After debuting the long-awaited project over the summer at last year’s London FrightFest Film Festival, the animated horror movie To Your Last Death (previously titled Malevolent) is now making its rounds to video on demand this March.

You can also check out a couple of posters for the film, which showcase different variations Miriam taking on the Gamemaster. The second poster gives off some serious Mandy vibes. 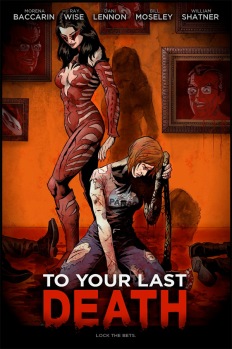 To Your Last Death is set to hit VOD on March 17.