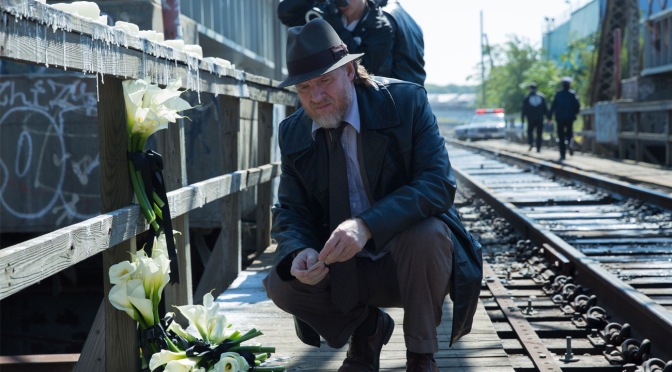 I said it before and I’ll say it again – this show is getting better.

Gotham‘s sixth episode finally gave us a little characterization to Harvey Bullock that wasn’t so one-dimensional. It supplied us with a solid, if not totally Gotham-esqe villain, and we got just enough of the Wayne stuff to not feel forced. Once again, and by a larger margin this time, best episode yet.

Let’s start with Bullock. To those unfamiliar with the character by means of other media; he appears to be a dirty cop, doing just enough to stay on the job, and a seemingly good foil to James Gordon. Much the way they used Arnold Flass in Batman Begins. But what we see in ‘Spirit of the Goat’ was that ol’ Harv wasn’t always so cynical. Years in the GCPD have hardened him, but Bullock was once a good cop, much like Gordon is now. Through the power of television flashback, we see Bullock a decade younger and partnered with Detective Dix (Dan Hedaya) in pursuit of a serial killer. Harvey seeming very much like the modern day Gordon here, with Dix acting an awful lot like the present day Bullock we’ve seen over the last five weeks. This seems to be the cycle of progression in the GCPD, as good men are eventually beaten down by the city’s corrupt system. It’s an attitude exemplified by Gotham’s golden rule – no heroes. 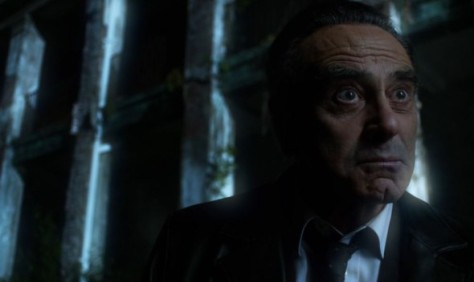 As for the villain Harvey and Dix were after – and his subsequent return, which pulls Gordon into the mix – he was pretty solid. There was a dark horror movie feel about him, which was nice this close to Halloween, and there was a bit of much needed mystery involved. His plan to kill the first born of Gotham’s richest made it seem a little like he’d just finished watching Batman Returns, but overall he was pretty good.

It was the ultimate realization that his shrink was behind it all that really gave it that Gotham comic book feel. Something tells me that we’ve probably not seen the last of The Americans‘ Susan Misner as Dr. Marks either, especially once Arkham opens up.  The real lasting impact comes from the MCU Detectives Montoya and Allen, who make their move on Gordon. In a span of about 10 seconds we see their case dissolve and a wedge get driven between Bullock and Gordon as Cobblepot reveals himself to be alive.

We get some minor characterization for Edward Nygma as he interacts with Kristen Kringle, Bruce continues to prove his drive, and Mrs. Cobblepot – or “Kapelput” – skews even creepier than before. This episode allowed us to watch both story and character advance, setting in motion some major things to come. Montoya and Allen (the stars of the old Gotham Central comic) might be forced to look at Gordon in a new light now.

Looking forward to next week, as it appears we’ll meet Victor Zsasz. Of course I thought Spirit of the Goat was Scarecrow, and that Balloonman was Professor Pyg based on trailers, so maybe this is another Victor. James looks ready to go to war with Falcone and Fish Mooney, and Bullock is blatantly absent from the trailer all together – so that is something to watch out for.