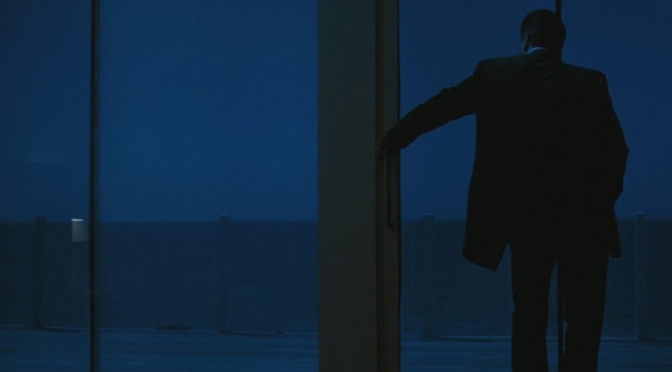 Remakes are a dime a dozen in Hollywood but what happens when a filmmaker remakes their own movie?

Not all filmmakers who’ve ended up remaking their films have done so for such noble reasons. More usually, the second take comes about in an attempt to fix old wrongs or simply to update a durable story for a new era.

John Woo, the action director who brought us films like A Better Tomorrow, Face/Off, and Hard Boiled has been in talks to remake his touchstone action film, The Killer for quite some time now. helped introduce Woo to Western audiences and also continued to cement the star status of Chow Yun-Fat, who toplined as the assassin. Now, the film just finished its thirtieth year and Woo is still looking to embark on a remake. Lupita Nyong’o was in negotiations to star in the new project for Universal before having to drop out due to scheduling conflicts. Woo is still eager to direct while Eran Creevy (Collide) rewrote the script based on an original draft by 10 Cloverfield Lane‘s Josh Campbell and Matt Stuecken, and Brian Helgeland is being brought on to do a production pass.

With news of a director remaking their own film, we decided to take a look at 10 other filmmakers who decided that if it had to be remade, they might as well do it themselves. 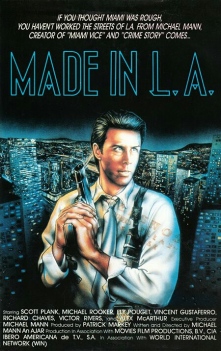 Mann’s three-hour crime epic started off in much more low-key means as a made-for-tv movie that was meant to act as a pilot for a new police television series. 1989’s LA Takedown shows the blueprint of what was to come in 1995, including test runs for the head-to-head coffee shop meeting between cop-and-criminal, as well as the post-heist street shootout, which became one of the most iconic action sequences of the 90s. Heat is an incredibly layered film with several subplots and deeper characters that seemed to have encapsulated Mann’s obsessions and moral code, whereas L.A. Takedown is simpler and more straightforward but still worth a watch, especially if you find yourself interested in crime films.

It seems the only person who could remake Hitchcock was Hitchcock (sorry, Gus Van Sant). Going from the black-and-white to glossy color, the original and remake share roughly the same plot – an innocent couple stumbles over an assassination plot and their child is held hostage to ensure their silence – However, both versions offer a masterclass in one particular filmmaker’s early and late-career. The original was an at-times gritty British foray into the underworld while the latter favored exotic locales and crescendo-induced set pieces. Another notable difference is the resourceful heroine played by Edna Best in the original is an Olympic-standard markswoman who effectively defeats the bad guy while in the James Stewart remake, she is played by a substantially more passive Doris Day. Hitchcock had his thoughts on the two versions, claiming “the first version was the work of a talented amateur and the second was made by a professional”. Some would disagree, however, both versions are worth checking out for a myriad of reasons.

Haneke was well known as a provocateur by the time he made Funny Games in 1997. The Austrian psychological thriller was later remade 10 years later for American audiences with a cast that starred Naomi Watts, Tim Roth, Michael Pitt, and Brady Corbet. Relocated to Long Island, New York from the original Austrian countryside. Aside from one being in German and the other English, this is one of those rare remakes that is almost the same, right down to the vicious physical and psychological violence in addition to the third act “F**k you” to the audience. Funny Games can be a hard watch, one that takes the tropes, code, and conventions of the thriller and basically crumples them up and throws them out the window. A clinical mousetrap, this one really doesn’t depend on which one you watch – pick your poison. 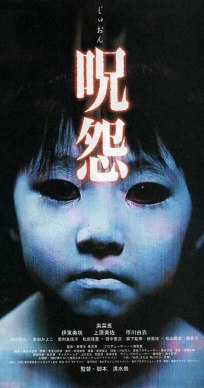 Takashi Shimizu’s 2000 horror film about a virus-like curse that haunts and kills its victims spawned seven Grudge movies in total. The success of remaking Ringu into The Ring brought about a huge spurt of J-horror that director Sam Raimi wanted to capitalize on. What we got was a film that more or less is a logical remake of the original. Sarah Michelle Gellar’s fight to discover why she is being haunted by the spirits of this house connects the thread of the new film, which included various sub-plots for her character not seen in the original.

The Grudge did serious business and was enough to warrant a sequel (which was also a remake of the Japanese original). Shimizu returning to remake his own film brought a mix of traditional Japanese storytelling which often involves a short story anthology feel that is different than most Western audiences are used to when it comes to a 90-minute horror film. The American remake focused on only one of the original film’s six interconnected short vignettes and also starred Bill Pullman and Jason Behr. Even though it did spawn a new American film series, the film was also responsible for solidifying Japan’s new horror genre as a rich well of potential remakes, including yet another remake of The Grudge from earlier in 2020.

Color and sound came to light by the time Cecil B. DeMille remade his own 1923 epic. He intended to make a bigger and grander version and the final film is one that has stood the test of time, mostly because of yearly TV airplay due to Easter. The Ten Commandments remake features heavyweight actors such as Charlton Heston, Yul Brynner, Anne Baxter, and Edward G. Robinson and took advantage of filmmaking technology that would have been light-years away from the original. Suffice to say the silent film version from ’23 is nothing to brush off either. Both films are epics of the highest regard and incredible documents of the time in which they were made. 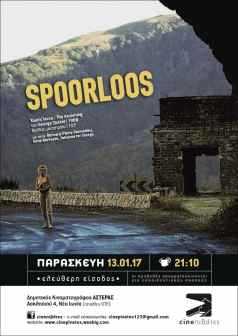 In Sluizer’s original, we are always steps ahead of the main character and all the same the ending still shocks. This is a calculating and meticulously made thriller. So when it came time to remake it and Sluizer agreed to helm the film, what the hell happened? The Vanishing from 1993 is often regarded as one of the most unnecessary remakes ever made, and that’s including many films that really are just shot-for-shot remakes. Both films follow a man who spends years hunting for answers after his girlfriend is kidnapped, only to come to the attention of the kidnapper himself.

The original is a dark and stark portrayal of obsession and the nature of evil. The remake with Kiefer Sutherland and Jeff Bridges is a straight-up good guy vs. bad guy affair with just a general mystery to be solved. It’s so run-of-the-mill that it would barely pass for a Lifetime murder mystery movie. Not only that but The Vanishing was poorly received for its lack of nuance, broad characters, and a new (happy!) ending. Stick to the original by all means when deciding if you want to check this story out. 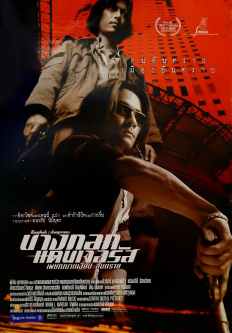 Before directing the remake of The Eye for American audiences, The Pang Brothers started off with a smash-hit film from 2000 called Bangkok Dangerous. Enter: Nic Cage, whose production company bought the rights to the action film and sloppily stripped the original of any interesting aspects. The deaf/mute hitman is changed to…Nic Cage, his way-too-young girlfriend is now the deaf/mute one. Throw in the fact that they took out many of the elements of the original’s thrust and stylish power and replaced them with leaden direction and a mundane plot. However, not even the original is a very good movie, it’s just that much better than the nearly unwatchable movie the Nicolas Cage remake is. This is a situation in which there was a lot of mediocrity being thrown up in the air with very little sticking the landing. 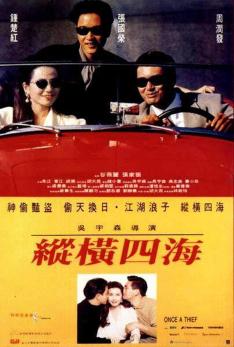 Woo makes this list again! Years before he eyed a remake of The Killer, Hong Kong action director John Woo remade his 1991 crime film Once a Thief as a made-for-TV movie for the Fox Network in 1996. Serving as a backdoor pilot for a potential TV series, FOX passed on the John Woo TV series, but Canada’s CTV ordered 22 episodes of the crime family action series in 1997. Billed as John Woo’s Once a Thief, the TV series was canceled after one season in 1998. The 1991 original was a romantic and action-packed story of three best friends, a group of high-end art thieves, who come into trouble when a love-triangle form between them. The made-for-TV pilot film instead followed a gang of Canadian spies, agents, criminals, and mobsters, including three spies, an enigmatic director and two grim-faced assassins and oddly included several references to Samuel Beckett. 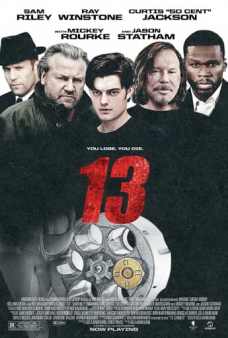 A universally-acclaimed film that won the Sundance Grand Jury Prize, 13 Tzameti follows a down on his luck young man who, in an effort to provide for his financially struggling family, unwittingly becomes a player in a high-stakes underground Russian Roulette tournament. The big difference with the remake (which simplified its title to 13) is the cast, which is comprised of notables like Jason Statham, Ray Winstone, Mickey Rourke, Gabby Hoffman, Alice Barrett, Sam Riley, Michael Shannon, Alexander Skarsgard, and Ben Gazzara. In the remake, Babluani ditched the black-and-white cinematography which did a lot of heavy lifting when it came to putting this world on full, gritty display. Though we won’t get into who comes out alive in this scenario, know that the original is the way to go but check out the remake just to see all the actors appearing for their brief scenes.

A hit in its homeland of Denmark, Bornedal’s 1994 original is a frigid and morose film that finds a young man taking a job at a morgue only to find himself implicated in a series of gruesome prostitute murders. The tone of the film is its most affecting aspect and starred a very young Nikolaj Coster-Waldau (from Game Of Thrones). When it came time to remake it much of that was carried over but with a bigger, more up-and-coming star at the time, Ewan McGregor. Meant to be a refined remake under the tutelage of disgraced moguls, the Weinsteins, Nightwatch sticks pretty closely to its original, although the remake carries with it severe overtones of misogyny, so it depends on which one you’re inclined to check out.

One other notable mention is Sam Raimi’s Evil Dead II, which many consider a semi-remaking of his own work. Here he opts for gory comedy over horror. The feeling in the sequel is a lot looser and this is the film that feels like we truly met Bruce Campbell’s Ash for the first time. It’s a film worth a thousand viewings and it just squeezes on to this list out of our sheer love of it.

That’s it from us. What did we miss? Some say Robert Rodriguez’s El Mariachi was later remade as Desperado, but similar in a way that Raimi’s two Evil Dead films. We’re sure there are other examples out there so let us know over on the official Grizzly Bomb FB page!