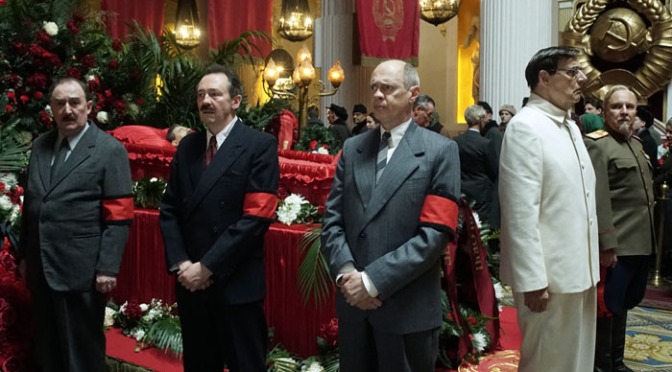 IFC Films has released the new trailer for their upcoming film directed by Veep creator Armando Iannucci, The Death Of Stalin. The film follows the chaos and jockeying for power that took place after the death of the authoritative leader in 1953. Among the contenders are the dweeby Georgy Malenkov, the wily Nikita Khrushchev, and the sadistic secret police chief Lavrentiy Beria. But as they bumble, brawl, and backstab their way to the top, just who is running the government?