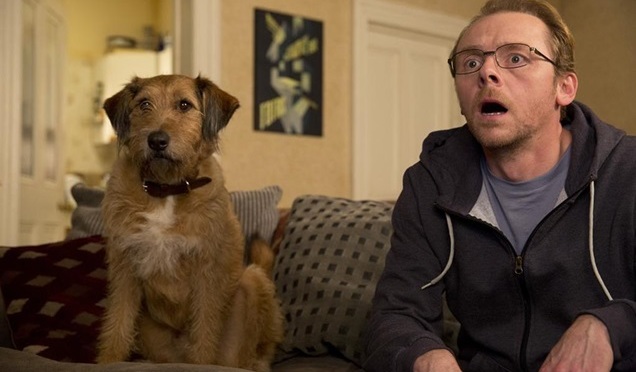 The sci-fi comedy stars Simon Pegg as Neil, a teacher who is granted the power to do absolutely anything by a group of aliens, played by the cast of the original Monty Python team. Pegg bestows upon his dog the power of speech and reason.

Check out a first look at Williams’ vocal performance in Absolutely Anything.

At the time of his death, iconic comedian Robin Williams left behind four finished films that had not yet been released. A Merry Friggin’ Christmas debuted early last month, and Night at the Museum: Secret of the Tomb was released just a couple weeks ago. In 2015, we will see him in Boulevard opposite Better Call Saul‘s Bob Odenkirk, and finally, we’ll hear his voice in his final completed role as Dennis the Dog in Absolutely Anything.

At a Los Angeles screening that gave fans a six-minute glimpse of Robin Williams’ last film, director Terry Jones talked a little about the film as well as its star.

The film’s co-writer Gavin Scott said of the late actor’s contribution to the film:

“One thing we’re grateful to Robin for is he was the first to come on and he stuck with the whole thing…The kind of attitude that led him to stick with the project through all its ups and downs, he totally exhibited here. He wanted to make everybody feel good from the engineer to the lady making the coffee. It was very late in the day for him and we didn’t know that, but he was a real mensch.”

Jones and Scott first began writing the film 20 years ago, but it didn’t come together until Jones’ son Bill and producing partner Ben Timlett found financing through Phoenix Pictures.

A promo poster was released to announce both the film’s cast and production start-date. 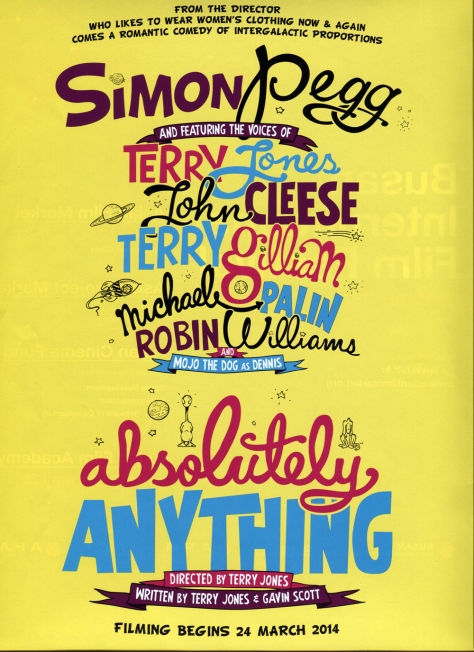 Absolutely Anything does not have an official release date yet, but has premiered in the UK and could be released stateside in February.