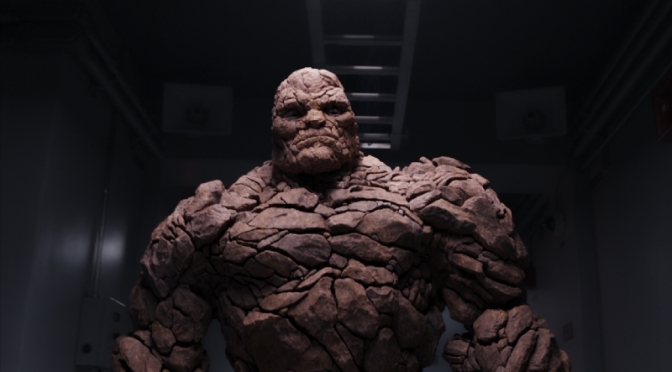 Of all the super hero films announced for 2015, Fantastic Four has been the most elusive of them all. Without showing footage at any of last year’s cons and keeping “leaking” under control, all fanboys received was a brief synopsis of the film (one that certainly made us scratch our heads.)

Following yesterday’s reveal of the Fantastic Four’s costume adaptations for the film, we have finally been bestowed with a teaser trailer!

“But with every new discovery, there is risk, there is sacrifice and there are consequences.” A line that echoes the tone of this new trailer. The first thing you’ll notice is this isn’t your blonde haired, blue contacts, Jessica Alba Fantastic Four reboot. This is immediately more contemporary. Similarly to its comic book counterpart, Ultimate Fantastic Four, which the film takes its inspiration from.

In this film, Marvel’s First Family won’t take an outer-space expedition, but more of an inter-dimensional journey into an alternate universe which inevitably gives them the abilities we’re all familiar with. The movie’s cast will feature Chronicle’s Michael B. Jordan as the Human Torch, Miles Teller (Whiplash) as Mr. Fantastic, Kate Mara (House of Cards) as the Invisible Woman, Snowpiercer’s Jamie Bell as The Thing, and from Dawn of the Planet of the Apes – Toby Kebbel as Dr. Doom.

Directed by Josh Trank (Chronicle) and screenplay by Simon Kinberg, the film looks to be in good shape, though we still have our concerns on Kebbell’s “rogue hacker” Dr. Doom. Though its hard to make any snap judgement based off this trailer.  As the spring and summer months gear up for Comic Con, there will be plenty more footage revealed.

If you’re in need of more dish on Fox’s latest, check out the director commentary version of the trailer below!