While Marvel seems to have the comic movie market cornered, DC’s grip on prime time television is set to strengthen as the CW plans a new spin-off to their already successful duo of Arrow and The Flash.

The Flash, a new series in its own right, which premiered to the highest ratings the CW had seen in five years, has been followed by equally successful cross over episodes with Arrow.  Since its successful premiere several familiar characters have made appearances on both shows, setting up the multi-show universe.

The CW is teaming up with Arrow creators Greg Berlanti, Andrew Kreisberg and Marc Guggenheim, for the as-of-yet unnamed series. It would be a ‘super hero team-up’ show, kind of like the classic DC comic series The Brave and the Bold, and would feature characters the audience has already met on one or both of the existing shows. Brandon Routh (The Atom),  Wentworth Miller (Captain Cold), and Victor Garber (half of Firestorm) are rumored to be rounding out the shows cast.

Caity Lotz is also rumored to star, in spite of the fact her character Sarah Lance (Black Canary) was killed off on Arrow, and the mantel of the heroine was picked up by her sister Laurel. So, Lotz would likely be involved in flashbacks or stories that take place prior to the current timeline, or possibly play another character all together.

In addition, it seems that the show will feature at least three big name comic characters that have never appeared in a live action series. Previously there were rumors about Nightwing showing up on Arrow, but with TNT’s upcoming Titans show, that now seems less likely. Superman and Wonder Woman have been on TV before, and Batman seems unlikely. We could see them try to rehab Green Lantern here given Hal Jordan’s close relationships with both Barry Allen and Oliver Queen. Or they could use this as an opportunity to get people more acquainted with Cyborg before the Justice League movies hit. The characters that seem to make the most sense to us though would be Blue Beetle, since we’ve seen Ted Kord teased before. And, thanks to the Flash opening up the time travel possibilities, maybe Booster Gold? Martian Manhunter would also be a welcome addition. 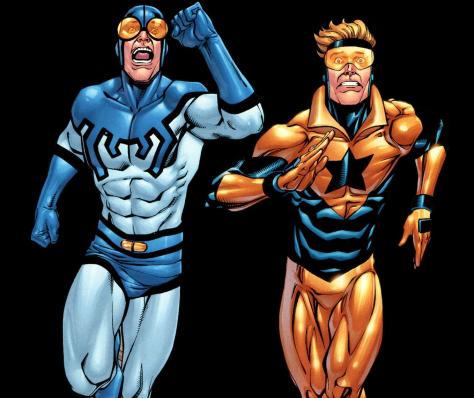 Fans no doubt have their own list of DC characters they would like to see brought to life on the small screen, so let us know who you’re rooting for in the comments below or visit GrizzlyBomb’s Facebook page.