When it comes to seeing DC Comics characters on the screen, shows and movies based on Superman, Batman and the Justice League were near givens. But who could have predicted that a show based on Green Arrow would become such a hit, even spawning a spin-off Flash series?

Add that to the smash success that eternal rival Marvel’s experienced with previously NICHE property Guardians of the Galaxy, and reports that DC is considering adding a Legion of Superheroes movie to its slate, it seems properties we once thought untranslatable are fair game. So, we thought it was high time to offer our suggestions on which obscure DC properties could prove surprisingly successful when translated onto the small screen.

Literally DC Comics’ longest-running character (oldest character still in use in the shared universe), this magician and detective could find that sweet spot between spooky supernatural horror and detective procedural. With smaller stakes than Constantine in that Doctor Occult’s not on the front lines in the war between heaven and hell, a series featuring the detective could prove more intimate. Audiences would watch as he helps the helpless with more relatable cases that are a few weird steps from reality, rather than explosively, magically different. Think The Twilight Zone with a constant protagonist. Oh, and did we mention that he shares a body with his one-time girlfriend Rose, and each can only exist one at a time? Bonus points for gender-bending hijinks. 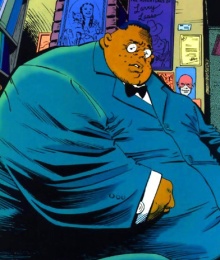 Potentially another spin off of The Flash, Chunk originally appeared as a villain in the Flash comics, his personal gravitational force serving as a foil to the Flash’s speed. After an initial clash, they became fast friends, with Chunk generally providing support via his scientific expertise versus his superpowers.

A series centered on Chunk would be a fun chance to look at a man whose superpowers don’t inspire him to don a mask or undertake some lofty mission, but rather provide a strange twist to a once fairly mundane life in the lab. Perhaps a good character to include on The CW’s upcoming crossover series, adding some much needed diversity to their lineup. 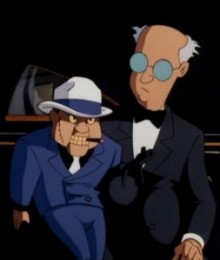 Okay, hear me out: Batman is really popular. A Batman villain spotlight is a slam dunk, but they aren’t going let you use The Joker or Bane, because they’re reserved for whatever is going on with the Bat himself (or used as red herrings on Gotham). Arnold Wesker aka The Ventriloquist, is one of Batman’s B- or C-level villains. A man whose criminal consciousness manifests itself in a gangster puppet, who appears to control the mild-mannered man who carries him around. This is like a Breaking Bad that uses a bit more exposition, through the puppet, to document a psyche that becomes increasingly criminally inclined as the series progresses. The rise of a decidedly quirky crime boss could be interesting to see. 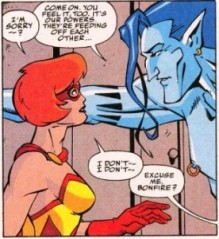 A ’90s comic canceled a good bit before its time (a mere 18 issues, sob), this property centers on eight young, attractive neophyte super-humans living in the suburbs, struggling with the human connection due to their unusual physical abilities, unanticipated desires, and, for a few, mental hangups. Think The O.C. with tights and capes. A permanently shrunk scientific genius’ one chance at love is with his teammate, who can shrink down to his size at will. But why would she want to? What’s the strange attraction between the girl with the fire powers and the guy with the ice powers? And which one of them can’t stop thinking about the guy who can make his classic car teleport? A fresh take on superheroes and romantic dramedy. 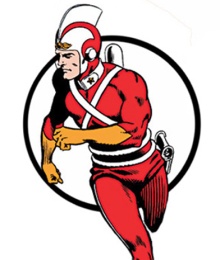 Imagine a scientist who knows, beyond fact, that alien life exists because he’s randomly transported to an alien world via a teleportation beam every few weeks. On the alien world of Rann, he’s a pulp-style action hero, yet back on Earth he’s derided as a crackpot, and he just can’t catch a break. Adam’s conflict: stay on Earth to prove his life’s work is valid, or pursue a solution that will let him stay in a far-off galaxy where he’s apparently loved by the populace?

There are infinite Earths, and the so-called Pariah is drawn to parallel worlds on the brink of collapse, hopefully in time to avert whatever crisis looms. Harbinger, a much more capable heroine, exists simultaneously in all realities and is the only constant in Pariah’s existence. With alternate versions of the entire DC catalog available as ever-shifting toys to use in this vast playground, this is Quantum Leap meets DC Comics. Just on the television version, he won’t be crying all the time.

Those are just some of our thoughts on what might work the increasingly diverse landscape of television – please feel free to point out any other gems in the comments.