What miscellaneous Marvel Comics properties would make for great TV?

Last time, we posited that some lesser known (to the general public) DC Comics properties would make for fine television shows. And then recently Agents of S.H.I.E.L.D. beat us to the punch on the Marvel version of our list with a wonderful inclusion of ’70s supervillain Angar the Screamer.  Holy crap, yes, Angar the Screamer was on network television (if only they’d kept his ‘stache and fringe vest. Alas). Maybe some of these things can actually happen. 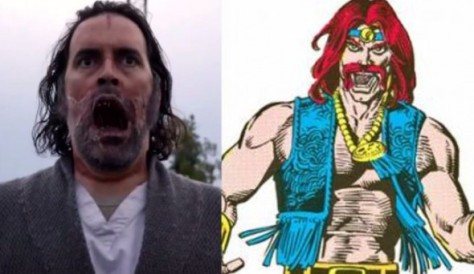 The five impending NetFlix series are sure to unleash lots of deep-dive Marvel goodness as well. In any case, here are four lesser-known Marvel Comics properties that we think could rock on the small screen.

Turner D. Century is a D-level villain who sports turn-of-the-century (the last century) fashions and gimmicks designed in the style of that time. Handlebar mustache, straw boater hat, dapper umbrella that conceals a flamethrower, a flying bicycle built for two, complete with a decked-out lady mannequin in the passenger seat. For the TV refresh, we’re thinking a Portlandia-style show about the ultimate throwback hipster supervillain, or perhaps anti-hero, railing against anything and everything mass-market in a quest for authenticity. A chance to poke fun at both the overproduced society that Turner rails against and his ridiculous overzealousness in doing so.

Adapted from Marvel’s “New Universe” imprint from 1986, our TV version sees Keith Remsen as a psychotherapist who is drawn into the dreams of his patients. In their dreams, he’s a costumed hero who can often solve their mental issues, whether through uncovering deep, dark secrets or literally battling their inner demons. But is this kind of blunt treatment ethical? And what are its hidden side effects on the patients . . . and Remsen himself? Plenty of fertile ground to mine here. 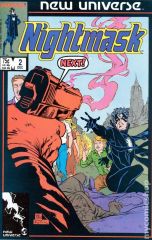 From the X-family of comics (originally part of the Generation X team, circa 1994), a television show about Paige Guthrie could serve as an interesting examination of the adage about “beauty being skin deep.” She’s a mutant who discovers she can rip her skin off and reveal new forms lurking underneath every time she does. With the ability to change forms (granted, through a rather grotesque process), can she ever truly be comfortable in her own skin?

Adapted from the three-issue limited series The Craptacular B-Sides, the series would chronicle the “adventures” of three barely-super humans: Mize, who is basically a terrible jinx; Jughandle, who can step outside the flow of time; and Fateball, whose magic eight-ball gives accurate answers. Audiences would follow the trio getting in and out of trouble in their small New Jersey town as they strive to get the hell out of it, any way they can. It’s the other side of “with great power comes great responsibility” . . . perhaps with dubious power comes dubious responsibility. (Check out the original covers, styled by the incomparable Sam Keith, below). 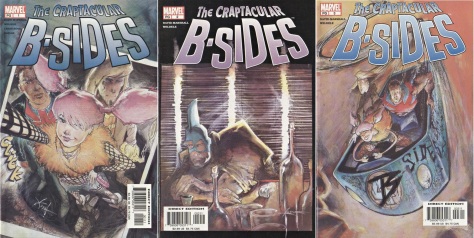 What other weirder Marvel characters need a chance on the small screen? Educate us!