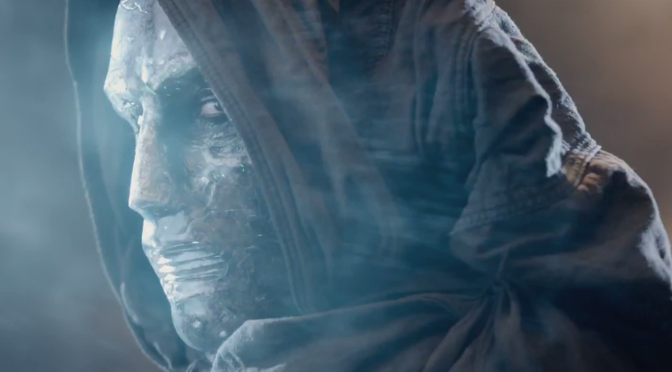 Thank Sweet Aunt Petunia! Up until this point, all of the Fantastic Four footage we’ve seen has been of the teaser variety. A bit of Human Torch here, and Invisible woman there – nothing too concrete. But alas! Fox released the second trailer and slowly but surely, fans are eager to see Marvel’s First Family on the big screen again.

The tonality of this film has an element of horror meets Sci-Fi. The team; Reed Richards (Miles Teller), the Storm siblings (Kate Mara and Michael B. Jordan), Benjamin Grimm, and Victor Domashev (Toby Kebbell – later to become Doom) successfully crack inter-demetional travel to the N-Zone (a monumental step since the original team’s abilities were from a space exhibition). Upon return to this dimension, each team member is infected, resulting in abilities that are seemingly more of a horror than a gift.

Johnny Storm ignites as a flammable torch, Reed Richards can stretch, Sue Storm can alter light, which results in the creation of force fields and the ability to turn invisible, and Ben Grimm returns as a rock-covered, thing.

That said, we get to see a lot of interaction between the team members; the beginnings of Sue Storm and Reed Richards relationship, as well as Johnny Storm’s hot-headed temperament and Ben Grimm’s undying loyalty. It’s good we get a glance at these interactions, because at the core of the Fantastic Four is a level of  human vulnerability  – which was the catalyst of  making the series groundbreaking during its comic debut.

And then there’s Doom. Admittedly I’ve been on the fence about Doom in this film. A volatile super-hacker-turned-bad ass villain seem’s like a bit of a stretch, But Doom’s menacing glare may have sold it for me. Time will surely tell if Toby Kebbell will live up to expectation.

What are your thoughts on the new trailer? Are you happy to see the team in action? Sound off in the comment section and tell us your thoughts!