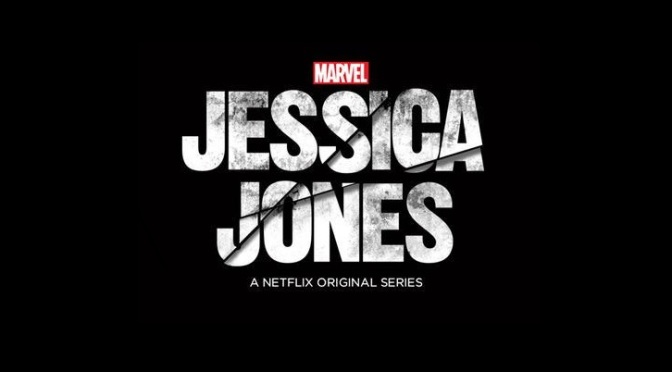 I like Jessica Jones. I enjoyed her intro in Marvel’s MAX imprint Alias #1, and subsequent appearances throughout the rest of the Marvel universe like the Young Avengers. And that’s unusual for me: I typically prefer my heroes to be super-heroic and part of team books like the X-Men. But Jones, a retired superhero more at home solo in dark alleys and chasing mysteries noir-style, appealed to my growing desire for more adult, contemporary stories outside of whom is dating whom in the superhero jet set (here’s glaring at you, Superman / Wonder Woman).

So I was thrilled when it was reported that Jones was getting her own live-action series over at Netflix. Two trailers for the upcoming series, which you can see below, have been released so far at the time of this writing:

In the comic books, Jones had super-strength which can be seen (and how!) in her Netflix incarnation. The comic book version also could fly and went by the codename, Jewel. It will be interesting to see if any of these elements are used in the live-action show. Jones, for the show, is described as

“…a hot-tempered, sardonic, badass private detective in Hell’s Kitchen, New York City. Plagued by self-loathing, and a wicked case of PTSD, Jessica battles demons from within and without, using her extraordinary abilities as an unlikely champion for those in need… especially if they’re willing to cut her a check.”

Jessica Jones, as we previously reported, is part of the Netflix’s Phase One foursome of shows based off Marvel titles. The first, Daredevil, premiered back in April, with a second season is scheduled for 2016. Jessica Jones is next, to be followed by Iron Fist, Luke Cage, and finally The Defenders. Jones is played by actress Krysten Ritter, who is probably best known for playing Jane Margolis on Breaking Bad. Interestingly, we’ll be seeing Luke Cage (Mike Colter) in Jessica Jones. That’s unsurprising, given their romantic relationship in the comic books.

Other stars in Jessica Jones include Rachel Taylor as Patsy Walker, and David Tennant as Killgrave. Taylor was one of the leads in the supernatural series, 666 Park Avenue, while Tennant played the immensely popular Ninth Doctor in the long-running Doctor Who. I personally find their roles as Walker and Killgrave intriguing. In the comic books, Walker is the alter ego of the retired superhero, Hellcat, while Killgrave is the villainous Purple Man. 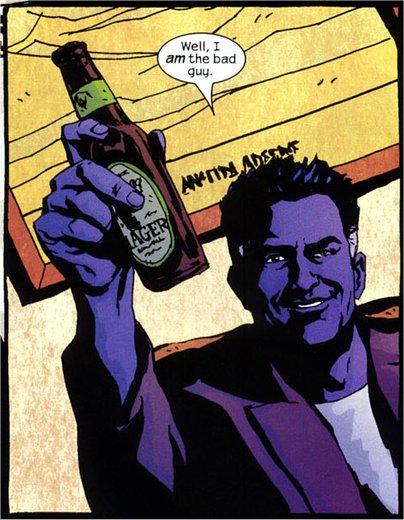 Marvel’s Jessica Jones debuts on November 20.  Iron Fist and Luke Cage follow next year. All four characters are tentatively scheduled to appear as a team in The Defenders.

Do the trailers above have you all excited to see the thirteen episodes of the kick-arse Jessica Jones? If you’ve read the comics, are there any particular story-arcs you want to see? I am definitely intrigued to see if the directors will follow the Jones & Cage relationship. Or maybe they’ll surprise us and pair her with another character instead. Iron Fist? Daredevil?!? The latter would be intriguing since the Man without Fear’s main lover Elektra is scheduled to make her first, and possibly lethal, appearance the second season of the show. Can you imagine the catfight between her and Jones?!?

And if you like comic books, you might also be interested in the Greatest Joker Moments Ever or Gotham’s Best Villains. Of if you’re strictly a Marvel fan, check out our thoughts on the Days of Future Past Rouge Cut.