Bring in the supervillains!

That seems to be an upcoming theme from Hollywood. You’ve the early versions of Penguin, Riddler, and Two-Face on the Gotham television series, and the government-approved and expendable Suicide Squad ready to bloody the big screen next August. And now, the folks over at Marvel want to venture onto the dark side of the super-powered fence as well.

Two villainous works have been given the green light, and both were gleamed from the four-color X-Men comic books. The first series, Hellfire, is being developed for Fox broadcast. The main character is a special agent who unearths a secret band of millionaires called The Hellfire Club, which aims to dominate the world. 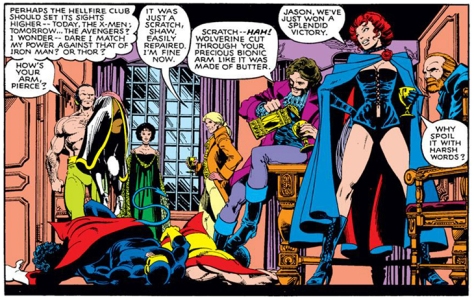 We’ve already seen the most famous members of the club in X-Men: First Class, with Kevin Bacon as Sebastian Shaw and Emma Frost, played by January Jones (Mad Men).

The second series, Legion, deals with a young man named David Haller. Diagnosed with schizophrenia, Haller hears voices in his head and sees things. Haller soon realizes, though, that both visions and voices may be real. A pilot of the series is planned for FX. Bryan Singer, who directed several of the (good) X-Men movies, as well as Superman Lives, has been named executive producer for both shows. 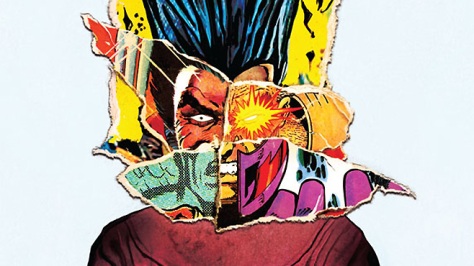 “We are thrilled to partner with Marvel to bring this world to television and build upon the vibrant mythology that has captivated fans for years. These powerful and dynamic characters are complicated and larger-than-life, the pace and visual imagination are unrelenting, and the story takes place during one of the most explosive eras in recent history. We are so looking forward to working with this incredibly talented team.”

Noah Hawley, who adapted the movie Fargo into the dark, quirky television series of the same name, is also an executive producer for Legion. He’ll be writing the series as well. Nick Grad, one of the presidents of original programming over at FX, gushes,

“‘Legion’ is just the sort of ambitious story that Noah excels at. His adaption of ‘Fargo’ for television was one of the most acclaimed television events in recent memory. It’s also an honor to partner with Marvel on ‘Legion’ and to enlist such an accomplished team of executive producers to create this pilot.”

It’s going to be really interesting to see what the writers come up with for the shows. Both the Hellfire Club and Legion are well-known among longtime X-Men comic book fans. The machinations of Hellfire Club, for instance, was the catalyst to Jean Grey’s transformation in the now famous Dark Phoenix saga. Legion’s ties can be found as the son of X-Men founder Charles Xavier himself. Will both prove true in the series? Or will they go in entirely different directions? More interesting will be to see if any of the stories from the series impact the comic books, the movies, or an X-Men television series also in the works.

For more X-Men stuff check out our interview with producer Simon Kinberg, or if you’re behind on the new movie, take a look as some of the casting (Psylocke, Nightcrawler, Cyclops, Storm, and Jean).