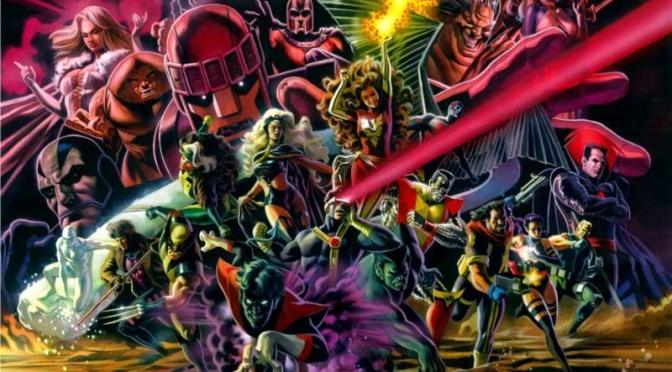 With X-Men: Apocalypse hitting theaters soon, we take a look at 5 other classic storylines that would add to the X-Men film franchise.

Superhero movies have always drawn from the source material when constructing the big budget films. Aspects and characters may change in the translation, but the important pieces of the original storyline are generally always carried onto the big screen. Some of the more obvious examples are 2004’s The Punisher, which pulled heavily from Welcome Back, Frank by Garth Ennis and Steve Dillon.  X2: X-Men United took characters and plot from God Loves, Man Kills by Chris Claremont and Brent Anderson, and Watchmen was nearly a direct panel-by-panel adaptation of the comic, almost to a fault.

X-Men: First Class was another film based off of the comic series of the same name, although it is more loosely based than the previous examples. First Class is a high point for most fans after the lows brought on by the two previous installments of the franchise (X-Men: The Last Stand and X-Men Origins: Wolverine), and a sequel became highly anticipated. X-Men: Days of Future Past took its name straight from a two-issue storyline by Chris Claremont, John Byrne, and Terry Austin. While only two issues, the story had a lasting effect on the fans, and has been revisited many times in the comics.  Now with the finale of the trilogy started with First Class looming on the horizon, we are set to see the birth of a whole new generation of X-Men films and characters.

So here are 5 X-Men storylines that would make great movies for this next generation of X-Men. You’ll no doubt notice the absence of the Dark Phoenix storyline, as that seems a little too obvious and more of a looming trilogy wide threat than a specific movie, especially with a new Scott and Jean in the mix.

The Mutant Massacre takes place below the streets of New York, and revolves around the Marauders (a team of mutant killers put together by Mr. Sinister) who go on a killing spree, murdering the sewer dwelling mutants known as Morlocks. Both X-Factor and the X-Men confront the Marauders, with each team suffering severe injuries over the course of the storyline. This series was well-known for the first showdown between Wolverine and Sabretooth, as well as the crucifixion and later amputation of Angel’s wings, leading to his eventual rebirth as Archangel by the eternal mutant Apocalypse, which will probably already have been covered in X-Men: Apocalypse. The crossover event even featured other Marvel heroes like Thor, Daredevil, and the Power Pack.

A great team of X-Men dealing with one of the most tragic events in X-Men history would make for a gritty film unlike anything we’ve seen yet. The small scope and intense action scenes differ from the usual big budget releases, which would only make the reality of the film more intense. Whittle down the two teams into one and this action packed thrill ride would make for a uniquely awesome film.

Fall of the Mutants

Fall of the Mutants was a storyline that ran through the main X-titles. Multiple storylines all followed the same basic theme of a drastic change to the X-Men’s status quo, but the story elements weren’t actually related to each other. The focus here would be on the events of the Uncanny X-Men, who were being hunted by the  government sponsored mutant team called the Freedom Force, and led by Mystique. As strange time-lost creatures like cavemen and dinosaurs begin appearing, both teams realize something bigger is going on, and join forces to fight the Adversary.

Forge, as shaman of his Cheyenne tribe, had been training all his life to take on the Adversary, and ironically was the one who brought the Adversary to Earth during the Vietnam War. As the two teams battle their new foe, Forge is forced to recreate the magical event that originally brought the demon to Earth in order to get rid of it, resulting in the deaths of the X-Men. A magical being known as Roma (caretaker of the known dimensions) brings them back to life, and they relocate to Australia while the rest of the world believes them to be dead.

The prelude to one of the best eras of the X-Men, this storyline once again sees a great mix of team members as well as a unique story that offers a different kind of villain than what we have seen so far in the franchise. Watching the two teams deal with each other and then combine against the Adversary would make for a great couple of hours of mutant action, while offering an interesting and different take on the X-Men and their universe.

The X-Tinction Agenda saw a large crossover between the various X-teams, much like the previous storylines. A number of the young mutants are kidnapped by a brainwashed Havok and the Genoshan magistrates. Genosha, an island country whose society makes slaves out of mutants, plans to use the new mutants to further their economy with the support of the cyborg Cameron Hodge. The various teams arrive on Genosha and rescue their captured teammates, as well as free Havok from his mind controlled state. Hodge is defeated and the Genoshan government is left in ruins. A brand new team of X-Men forms from the ashes, and the New Mutants evolve into the militaristic X-Force.

Once again this is a story that takes the X-Men in a very different direction than we are used to, and introduces the island of Genosha, which plays a large role in many X-Men events. It also offers a great way to introduce a new generation of mutants that could possibly spin-off into another successful franchise with the younger team we will see form in Apocalypse. Again, the characters involved would have to be trimmed down a bit to properly tell the story on film, but the general idea would work perfectly in the current film franchise.

Magneto constructs a space station named Avalon, and threatens to wipe out humanity from space, though offering sanctuary to the X-Men. Having just lost his sister, a grieving Colossus opts to join Magneto.

Upon hearing Magneto’s threat, the UN enacts the Magneto Protocols, which creates a shield around the Earth that prevents Magneto from using his powers within it. His retaliation from space disrupts the electronics across the planets, and a team of X-Men heads to Avalon to confront Magneto and his followers, known as the Acolytes. Once there, the X-Men and Magneto battle, with the end result pushing both Professor Xavier and Magneto to their breaking points. Magneto magnetically removes Wolverine’s adamantium skeleton through his pores, which forces Professor Xavier to mindwipe Magneto, leaving him as a blank slate.

This is the ultimate Xavier vs. Magneto moment throughout the history of the X-Men. Other moments have come close, but never have these two enemies ever had to fight so hard for their beliefs. And the sheer fan enjoyment from seeing the battle between Magneto and Wolverine is more than enough reason to fast track this film. 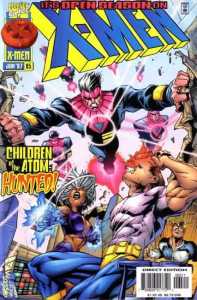 Following the assassination of Graydon Creed, an anti-mutant presidential candidate (and the son of Sabretooth and Mystique), the government backs a new operation led by the mysterious Bastion to take care of the mutant threat.

Bastion unleashes the Prime Sentinels, humans who have been mechanically modified with Sentinel tech, who begin to hunt down the X-Men. The main team is kidnapped by Bastion, leaving Iceman and a few new recruits (Marrow and Cecilia Reyes) to take on the Prime Sentinels. The team eventually escapes, and Iceman and the rookies take down Bastion (with the help of S.H.I.E.L.D.). When the team regroups, a surprise left by Bastion threatens to end the X-Men, in the form of a bomb surgically implanted inside Cyclops. Good thing new recruit Cecilia Reyes is a surgeon.

A core team of X-Men with a great villain that fits the movie budget a little better than the full size Sentinels we saw in Days of Future Past. Some interesting additions to the X-Men along with a great villain in Bastion would make for an excellent film and give the new core team of X-Men another chance to shine. The tension of the climactic bomb removal scene and the mutant vs. cyborg battles would be a cinematic treat.

These classic storylines and others that inspired the original films continue to provide a great source for Hollywood to mine for ideas, and with decades of material to draw from this is really only scratching the surface. While all of these storylines have the potential to be great additions to the X-Men film franchise, the original comics deserve a read, whether you are checking them out for the first time or revisiting the stories again.

There are plenty of great X-Men stories from the last 50 years.
Which ones would you like to see made into a film?
Let us know in the comments below!