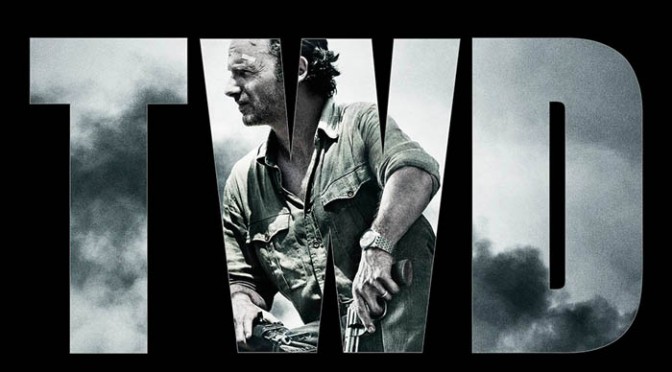 The mid-season finale is upon us, but even with the horde knocking on Alexandria’s front door fans have a lot more to look forward to from The Walking Dead. Still to come, new heroes and villains, Norman Reedus hits the road, and you know who totally hid under the you know what.
Warning: Contains Spoilers for Season 6 and Walking Dead Comics

Glenn lives, but the wall is down in Alexandria and Dead fans were on the edge of their seats this past Sunday as all the action came to a [dismembered] head.

It has been confirmed that the show will have at least one more season. AMC announced the seventh season on the tail end of the most rectum clenching episode this season, Thank You, in which fan favorite Glenn (Steven Yeun) became Schrodinger’s Glenn when he and Nicholas (Michael Traynor), along with the audience, spent three episodes is the dead/undead limbo.

While Glenn is alive for now, that might not be the case for too long. Comic baddie Negan, who as of issue 145 was still swinging his trade mark weapon Lucile (a barbed wire covered bat), has been cast for the television series.

Jeffrey Dean Morgan (Supernatural) has been tapped to play the villain who comic fans will know notoriously kills the seemingly indestructible Glenn. Rumor has it the character will appear in the finale episode of the current season 6.

Tom Payne (HBO’s Luck) has also been cast to bring some balance to the force, as Paul “Jesus” Monroe. The character in the comic is a key player in the hell that is to come when our crew of heroes face Negan, who makes the Governor look like a friendly uncle.

The casting give hints to comic fans about the direction the show might take next season, but creator Robert Kirkman has been vocal about taking the opportunity to make changes to the story in the television universe. Audiences may get something totally different from the comic story line, and maybe Glenn will once again be fine (crosses fingers).

In other Walking Dead news, Norman Reedus, who plays apocalypse badass Daryl Dixon, is hitting the road for his own AMC reality series Ride With Norman Reedus. The six episode show won’t be a Dead spin-off, but rather will see Reedus explore the world of motorcycle culture across the United States.

Reedus said in a statement;

“I’m incredibly excited and thankful to AMC for giving me the opportunity to share a passion of mine with our fans, and hopefully a whole new audience. I had a lot of fun filming and exploring, and I hope it shows,”

Reedus has had a chance to enjoy making his love of motorcycles part of his character, especially this season when he spent an episode or two riding the characters latest chopper. Reedus may have spoiled the surprise for some fans when he showed up to the season six premiere like this…

Tell us whats on your mind in the comments below, or visit Grizzly Bomb’s Facebook page.