Holy shit, there was a lot packed into The Door. This should have been expected given the amount of stuff packed into the Previously On segment at the start.

We being with Sansa and Littlefinger meeting in Molestown. This scene raised more questions than it answered. “I can still feel what he did in my body standing here now.” Is Sansa Pregnant? Was it wise to turn down the Knights of the Vale just to avoid Littlefinger? Is the Blackfish enough? And why lie to Jon, Sansa and he won’t really come to odds will they?

Then – the whole Arya sequence felt strange. The sparring session was brutal and well choreographed, and better than the last few boxing matches I’ve watched. But the play – oh dear lord, the play.  So much wrong there, but we the audience know how things transpired, and if this is truly how those events are perceived by the public in Westeros and Essos, it’s an even worse feeling in my gut.  The portrayal of Tyrion as puppet master, and Ned as a northern hick, can’t help but feel like this was a comment on modern media. Then the casting of Kevin Eldon (Hot Fuzz) to play Ned seems an extra slap in the face of the noble ex-Warden of the North. Anyhow, Arya earned her second chance, and her story finally seems to be moving.

From here we learn a little about the history of the white walkers. Created by the Children of the Forrest, for protection against Man. Well, we might need some background there. But before we get that- KINGSMOOT!

Things don’t go as planned for the Greyjoy kids when Uncle Euron shows up and wins over the hearts of the people with a promise to take Daenerys as a bride and claim the Iron Throne. From there we jump right to Dany and Jorah being all loving and touchy-feely. This seems as though it will be the focus next week, Dany at the head of another Dothraki horde. We’ll see how Dany feels about Tyrion’s deal with the masters and the new alliance with a Red Priestess who looks like Rachel Weisz. 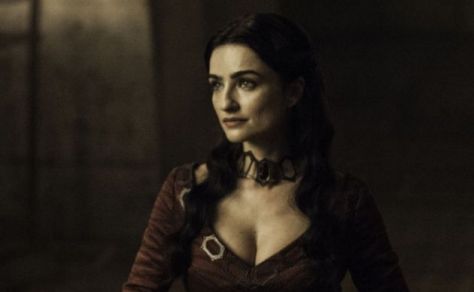 That brings us to the Door.

Holy shit. Talk about a long play. 54 episodes worth of setup came through like an emotional sledgehammer last night. The death of yet another dire wolf and the realization the Hodor not only sacrificed himself to save Bran and Meera, but to make that moment possible, Hodor gave up the last several decades of what could have been a normal life just so he’d be ready for this. Holy shit about sums it up.

Next week can only be a letdown after this week, but the whole “Hold the Door” stuff should be enough to carry us through for a bit. Take a look.

Bran and Meera in the cold, all alone – No Children of the Forrest or three-eyed raven to guide them, no Hodor to carry the load, and no Summer to protect them. One would assume they will meet someone who can help – Perhaps Cold Hands? A character book readers have long waited for an appearance from. Aside from that, looks like we’ll be spending time in the warmer climates. Dany is headed back to Meereen and things in King’s Landing are about to come to a head. Someone is gonna die though. Tommen perhaps? Maybe the Tyrell kids? We’ll find out Sunday.