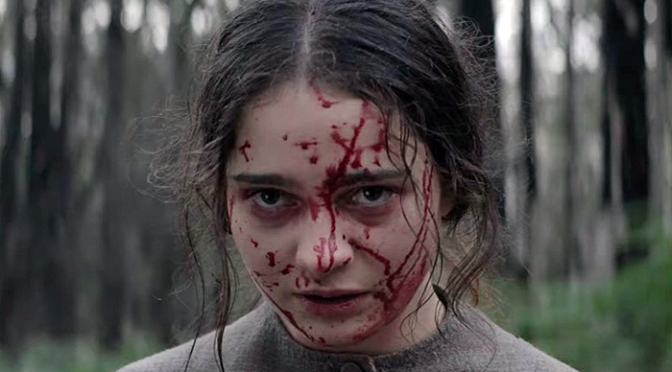 IFC Films has finally released an official trailer for The Babadook director’s follow-up film, The Nightingale. Jennifer Kent returns with one of the best films to debut on the festival circuit last year.

The second film by Australian director Jennifer Kent is set in 1825 Van Diemen’s Land (modern-day Tasmania): a horrific and violent period in history, during which Australia’s Indigenous population was all but annihilated. It is in this penal colony that Irishwoman Claire (Aisling Franciosi) finds herself, freed after serving her sentence.

Check out this must-watch trailer for The Nightingale below:

After seeing the trailer, you can tell from The Nightingale‘s first trailer, things take a very dark, very tense, and incredibly violent turn.

The cast includes Sam Claflin, Baykali Ganambarr, Damon Herriman, and Ewan Leslie. The Nightingale originally premiered at the Venice Film Festival, where it picked up both a Special Jury Prize and the Marcello Mastroianni Award for Best New York Performer. It went on to screen at Sundance, San Francisco, and Miami, and will finally hit theaters later this summer.

Jennifer Kent quickly skyrocketed to being one of my favorite filmmakers in the industry after her feature directorial debut The Babadook, and this time she seems to have gone even darker with her follow-up film. Kent’s The Nightingale, again, centers on a mother, but this time around, Kent’s film focuses on one that has lost her child and is hellbent on avenging the violence that has consumed both of their lives. And if you think that we’re joking about just how violent The Nightingale gets, we’re not messing around with this one.

Per its official synopsis, the film is billed as “a meditation on the consequences of violence and the price of seeking vengeance.” Variety has called the movie “shattering brutality and hard-earned grace”; while Slashfilm hailed it as “cruel but essential viewing,” and the Guardian praised it as a “fascinating pitch that brings a new perspective to a well-worn genre.”

You can also check out the excellently designed poster for The Nightingale below:

IFC Films will open the film in New York and Los Angeles on August 2, with national expansion to follow.