How might Blumhouse and Universal’s new iteration of The Invisible Man fare in the aftermath of the failed Dark Universe?

Later this month audiences will get the chance to see a new return of a classic Universal monster with Leigh Whannell’s The Invisible Man. The film is a modern and incredibly disturbing take on the original 1933 film that starred Claude Rains (Casablaca). The film is taking on a darker, more subdued approach after the lackluster spectacle of the Tom Cruise-led Mummy reboot. But it feels like we’ve been here before. Universal has been trying, time and again, to bring these monsters of the past into the present but often fumbling with mixed results.

Universal had been planning to reboot their monster characters into a shared universe for quite some time. Alex Kurtzman and Chris Morgan (who were involved as producers, writers, and architects of the Dark Universe) moved on to other projects. After the disastrous debut of The Mummy which put the future of the franchise in doubt, it’s unclear exactly what would become of this new iteration of Universal Monsters’ history.

The Dark Universe was, at a time, moving forward with Bill Condon (Beauty and the Beast) directing a reboot of Bride Of Frankenstein from a screenplay by A-lister David Koepp (Jurassic Park, Spider-Man), but shortly after The Mummy came and went, proposed star Angelina Jolie signed with Disney to make Maleficent: Mistress Of Evil, and Condon’s pre-production work in London was halted. The word from the studio was that the film wasn’t canceled, merely “postponed,” with the previously-set February 14, 2019, release date scrapped. Javier Bardem was set to appear in the movie as Frankenstein’s monster, but all plans for production were halted.

However, Amy Pascal, the former head of Sony, has since moved many of her projects over to Universal and has honed in on bringing the Bride back to screens. She’s touted the return of Sam Raimi to the horror genre as an ideal choice (given their working relationship during Raimi’s Spider-Man trilogy at Sony) but with Raimi’s beginning work on the Marvel’s Doctor Strange In The Multiverse of Madness their collaboration could only be a pipe dream.  A Quiet Place helmer John Krasinski has also been tinkering with an iteration of Bride of Frankenstein (as well as other Universal characters), sources said. But will we get Jolie and Krasinksi’s version? How much is Pascal involved in these future Universal Monsters? It looks like the monsters are never really far from the silver screen but with the forthcoming Invisible Man just what are we walking into for what feels like the third time in the last three decades?

Enter: Blumhouse, who decided to change the Universal’s original plans of a serialized form or storytelling into solo narratives. It’s become clear that Blumhouse Productions has decided to take a different approach with Universal’s classic monsters with the latest film, The Invisible Man. In development since early 2007 with David S. Goyer penning the screenplay, the project was once considered an entry in the Dark Universe of classic monsters. Johnny Depp was cast as the titular role with the addition of Men In Black and Bill & Ted scribe Ed Solomon later taking a pass at the screenplay. However, we all know what happened after the debut of The Mummy.

Leigh Whannell, one of the people behind the Saw franchise and the still underappreciated Upgrade, came aboard as both writer and director. Filming of this new Invisible Man later got underway during the summer of 2019. Elisabeth Moss came aboard to star as Cecilia Kass, with Storm Reid, Aldis Hodge, and Harriet Dyer later joining the cast. One of The Haunting of Hill House‘s breakout stars, Oliver Jackson-Cohen, was later cast in the titular role.

The Invisible Man follows Cecilia (Moss), who receives the news of her abusive ex-boyfriend’s suicide. She begins to rebuild her life for the better. However, her sense of reality is put into question when she begins to suspect her deceased lover is not actually dead. When strange events start to occur that reinforce her belief that he is not dead and that his abuse has gone to a new and ruthless level, she is driven to prove to her family and friends that he is still alive at all costs.

Judging by the film’s early marketing this iteration of The Invisible Man is certainly taking a different, “lower stakes” approach to the Universal Monster universe, one more focused on domestic horror and including a pumped-up R-rating complete with violence and gore. With Blumhouse and Whannell’s Invisible Man film they are, again, trying to develop the inherent horror that many of these monsters invoked to audiences, not creating a stressed-out spectacle and forced cinematic stories.

Part of the problem with Universal’s original plans for a shared monster universe wasn’t necessarily inherent to the material. James Whale’s original 1935 Bride Of Frankenstein is considered one of the best sequels ever made, filled with atmosphere, dark humor and beautifully exaggerated performances from the entire cast. The approach was more niche, taking on a variety of tones and leaning hard into literary aspects of the source material.

Universal had also already tried bringing back these monsters a couple of times before. In the mid-90s there were several remakes of classic monster properties such as Bram Stoker’s Dracula (albeit, at Columbia Pictures) from Godfather mastermind Francis Ford Coppola, Mary Shelley’s Frankenstein starring and directed by Kenneth Branagh, and the successful Mummy franchise starring Brendan Fraser. Universal tried again with The Wolfman in 2010 starring Benicio del Toro as the titular character and Luke Evans take on the iconic Prince of Darkness in Dracula Untold, both with diminishing returns.

Even before the previous reboots of the ’90s and early 2000s, Universal packaged many of their classic monsters in several films together. There were both House Of Dracula and House Of Frankenstein, which featured Dracula, Frankenstein’s Monster, the Wolf Man and an assortment of evil hunchbacks and scheming Femme Fatales all in the same movie. There was also the team of Bud Abbott and Lou Costello in Abbott And Costello Meet Frankenstein that capped off Universal’s initial run of their classic movie monsters before Hammer Studios re-imagined them for a more jaded, modern audience in the late ’50s. 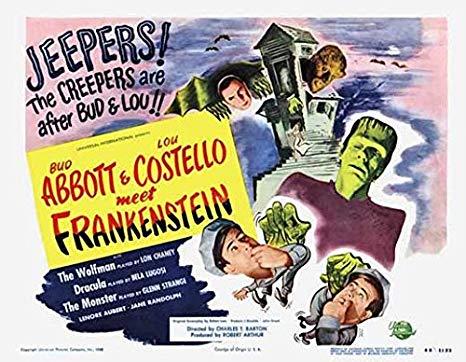 Despite Van Helsing, the Wolf Man, Dracula and now the Mummy, Universal generally treated their monster franchises with great care and respect, they were their bread and butter when they were an up-and-coming studio. The problem this time around was a lack of emphasis on any one movie. Universal needed to take the time to invest some TLC with one particular monster at a time. The lesson to be learned is simple: focus on making one good movie instead of planning out eight of them at a time. We all can’t be the MCU, and most shouldn’t bother to try. Even Warner Bros. even had its trouble getting the DCEU off the ground before coarse correcting multiple times.

Blumhouse and Universal appear to finally be taking these monsters into the new decade with a fresh approach. By having individual filmmakers who have an idea for a monster and just focus on their movie without the hindrance of a shared universe or overlapping characters. group has made it clear to creatives that they want to shake up the entire canon — evidenced by last November’s announcement of The Invisible Woman, an original pitch from director Elizabeth Banks that is said to be wildly different from the Moss Invisible Man movie coming this month.  Banks was offered free reign but ultimately zeroed in on Invisible Woman. Same goes for Paul Feig, who pivoted to a literal monster mashup movie called Dark Army, a hybrid of archive characters from the Universal catalog and some original characters he conceived. Not to mention the previously mentioned Krasinski pinpointing his sights on a new Bride of Frankenstein. Keep these horror films varied, lean and mean, and the audiences will come, and more importantly, spread the good word. 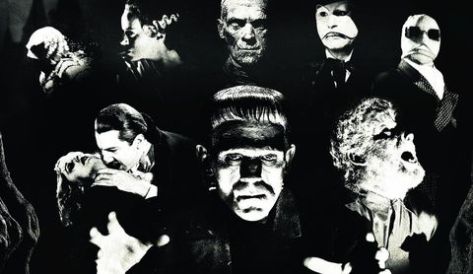 We’ll all be able to get a look at this updated version of the titular character when The Invisible Man hits theaters February 28, 2020.