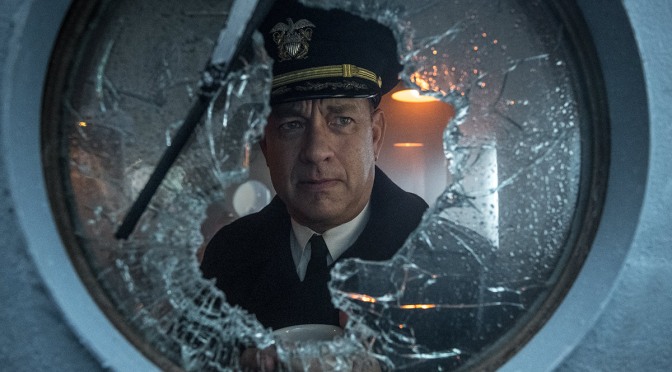 In the early days of World War II, an international convoy of 37 Allied ships, led by captain Ernest Krause (Hanks) in his first command of a U.S. destroyer, crosses the North Atlantic while being pursued by Nazi U-boats. Amid the threat of the maritime battle, Krause must also face his own demons and self-doubts as a newly minted commander. The movie also stars Manuel Garcia-Rulfo (6 Underground), Elisabeth Shue (last seen in The Boys), Stephen Graham (The Irishman), Rob Morgan (Just Mercy), and Karl Glusman (now appearing on the Alex Garland series Devs).

Check out the first trailer for Greyhound below:

The film is directed by Aaron Schneider, who won “Best First Feature” at the Independent Spirit Awards for 2009’s Get Low, starring Robert Duvall and Bill Murray. Schneider then disappeared for the better part of a decade, until now. Greyhound finds him back in the spotlight, working on a larger scale both visually and conceptually along with a powerhouse movie star such as Tom Hanks. Filming took place in Louisiana and onboard the World War II ship USS Kidd.

Speaking of Hanks’ involvement. The stalwart actor penned the screenplay for Greyhound. His first since he wrote and directed 2011’s Larry Crowne, plus has penned scripts for Electric City, and  HBO’s Band of Brothers. He also wrote and directed 1996’s That Thing You Do! Back in 2017, he released a collection of short stories called Uncommon Type. Now he’s back on the high seas after starring in 2013’s Captain Phillips, which found him held hostage by Somali pirates onboard a containership.

Greyhound was originally scheduled to be released May 8, before being moved to June. However, Sony told THR, that it has nothing to do with the coronavirus concerns that are currently disrupting the industry from top to bottom such. Recent news broke that the new Bond film, No Time To Die, would delay it’s April release date until the middle of November. 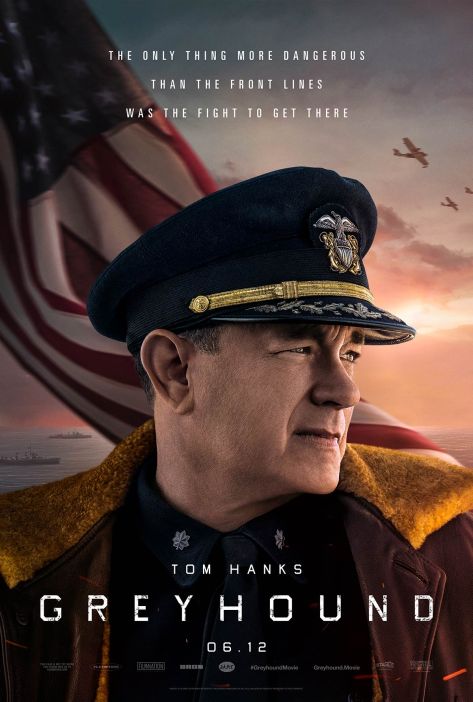