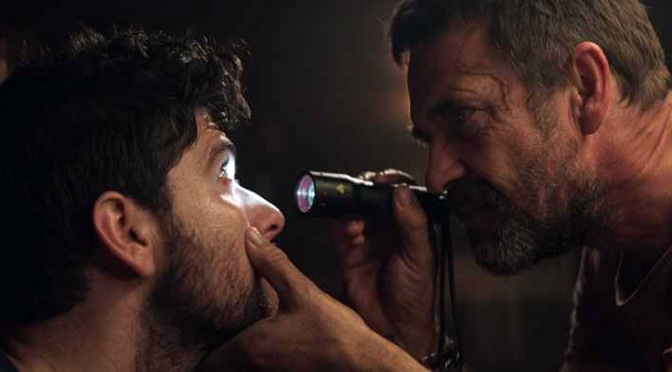 For marine biology student Siobhan (Hermione Corfield), it was supposed to be a research excursion with a trawler crew fishing the West Irish seas. But when they hit an unseen object and become marooned, a mysterious parasite infects their water supply. Soon the oozing force infiltrates the entire vessel and turns Siobhan’s journey into a claustrophobic fight for survival. Can they stop the mysterious water-borne parasite from spreading before it’s too late?

Check out the trailer for Sea Fever below:

Reminiscent of cult classics such as The Thing and The Abyss, this is a nifty little thriller. Complete with body horror and a perfect melding of psychological intrigue and outright monster movie mayhem, Sea Fever isn’t easy to forget.

There’s a spinetingling marriage of science and folklore as Sea Fever is a more deftly crafted thinking-person’s chiller than what you might get out of your run-of-the-mill VOD release. Sea Fever draws upon our fascination with mysterious waters and the strange, ancient creatures that might lurk deep below the surface. The movie delivers richly constructed characters before deciding to take audiences on a journey complete with all manner of eerie sights and sounds filled with eye-bursting moments of horror. The film’s ingenious lead heroine battling an alien creature within the hulls of a ship might also remind many viewers of a classic in its own right, Ridley Scott’s 1979 masterpiece Alien. All of this delivered in under 90 minutes, Sea Fever is a welcome breath of fresh air.

Check out the official poster for Sea Fever which gives off a real Abyss vibe. Fittingly enough given it’s deep sea entity narrative: 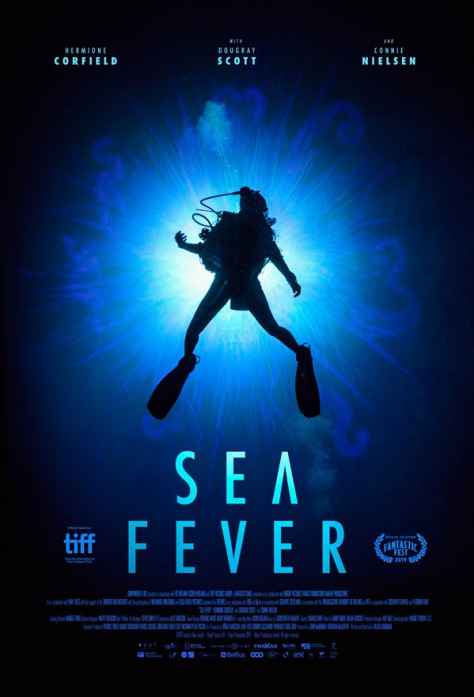 Sea Fever will be opening in cinemas very soon.