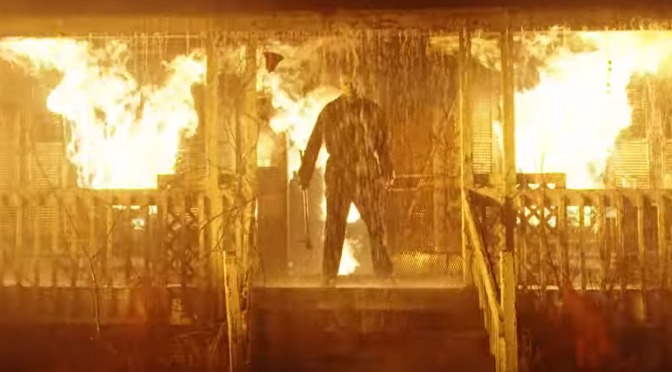 David Gordon Green’s Halloween Kills was due out later this fall but due to the pandemic, and constant shifting of most movie productions, the film has suffered a fate we were hoping wouldn’t come true.

In a joint statement from David Gordon Green and John Carpenter, the team behind Halloween Kills confirmed that the film will unfortunately have to be postponed by a whole year. Now being released on October 15, 2021. The creators promise that this is to ensure the largest amount of people can enjoy the film together and even go as far to fulfill an IMAX presentation of the new slasher film. It was an inevitability as the pandemic continues to increase in several hot spots around the world, while other places adapt to new social and physical norms and safety measures. It was the right move but it still stings for horror fans.

You can read the whole statement below:

I know you all have been looking forward to an update on the status of "Halloween Kills". Here it is: pic.twitter.com/EWivyipYgR

But the master of horror wasn’t going to let us go on a bummer note. He also posted the very first teaser for the film. Clocking in at just 30 seconds, it’s incredibly sparse but becomes the very first footage shown of the new Halloween film (not including the announcement teaser from last year’s San Diego Comic Con).

Check it out below:

As for the film itself, according to co-screenwriter Danny McBride (in an interview with Empire) we know that that Halloween Kills takes place on the same night as Halloween 2018, picking up right after the fiery climax of the movie. With Gordon Green adding that:

“The first one was more about Laurie’s life of isolation after Michael and her attempts at revenge. It was personal. This is more about the unraveling of a community into chaos. It’s about how fear spreads virally.”

As for Carpenter, it appears he`s gotten a good look at Halloween Kills, with an emphasis on the “Kills.” Carpenter talked about the film with Indiewire this week:

“The cut is done. They’ll mix it in New York in the next week or so. Then it will be in the can. My work is all done,” the horror master told the site. “The movie is something else. It’s fun, intense and brutal, a slasher movie times one hundred, big time. It’s huge….I’ve never seen anything like this: the kill count.”

Halloween Kills will now slash its way onto screen October 15, 2021. See you then Michael!