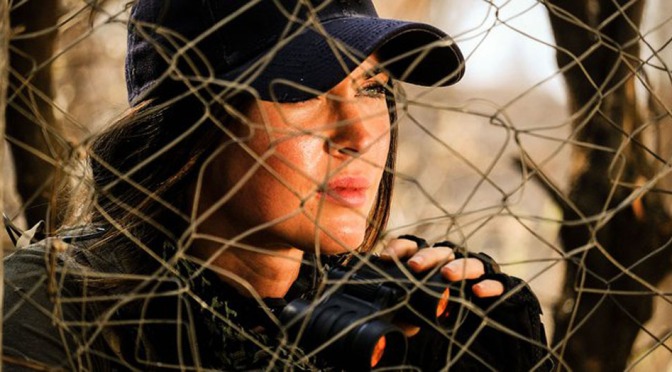 Not to be confused with that Australian alligator movie, Lionsgate has released an official trailer for a newly minted Rogue. This time an action movie and the latest from director M.J. Bassett (Deathwatch, Solomon Kane, Silent Hill: Revelation).

Rogue tells the story of a small mercenary unit of soldiers who have been engaged by the governor of an African country to rescue his daughter who has been kidnapped. This unit goes in, there’s more than one girl so their plan is immediately compromised, and then their extraction goes wrong. So, suddenly they find themselves on the run from the bad guys, looking for refuge in Africa, and come across an abandoned farm, or they think it’s abandoned. While they’re hunkering down they realize that the farm was used as a poachers’ stronghold and a breeding place for lions for the hunting industry and the East Asian medicinal market. And though the lions seem to have escaped, there’s clearly one still around.

Check out the trailer for Rogue below:

Okay, so we have Megan Fox, trying to expand on her roles beyond Transformers. Often faltering, she’s been able to carve out a counter-image recently, exposing the often predatory nature in which Michael Bay would sexualize her on set of the Transformers movies. Additionally, Jennifer’s Body (once an often forgotten horror film from the late 2000s) has been reassessed as a feminist take on female empowerment via scathing genre tropes. Unfortunately, Rogue still looks kinda bland and the CGI lions are a little distracting. It might be worth it for a matinee during the dog days of summer but your mileage may vary on this one.

“It was supposed to be a really small picture, that’s the thing,” says Bassett, in an interview with EW. “The script turned out better than anybody expected and my financiers were like, ‘We should try to go out to somebody, this is a great part for a woman.’ Megan was on the list. I was like, ‘Well, we’re never going to get Megan Fox, that’s ridiculous. It’s a little movie.’ I was like, ‘We can’t wait for the big movie star to say ‘Yes’ or ‘No,’ give it the weekend and we can just move on with our lives.’ She read it and said ‘Yes’ the next day, which never happens ever.”

Check out a poster for the film below: 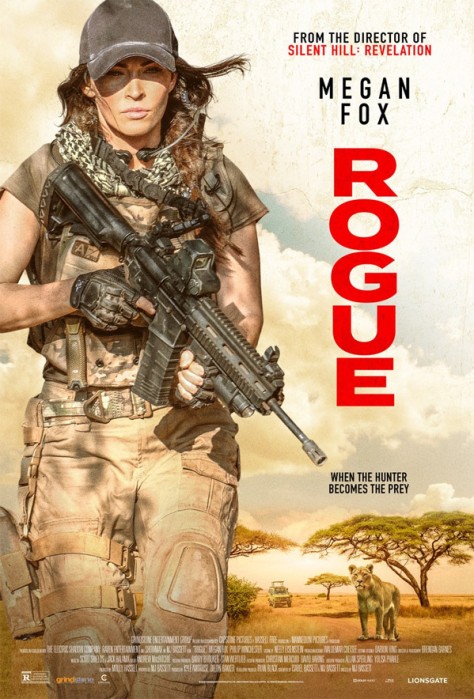 Rogue will be available On Demand starting August 28th.