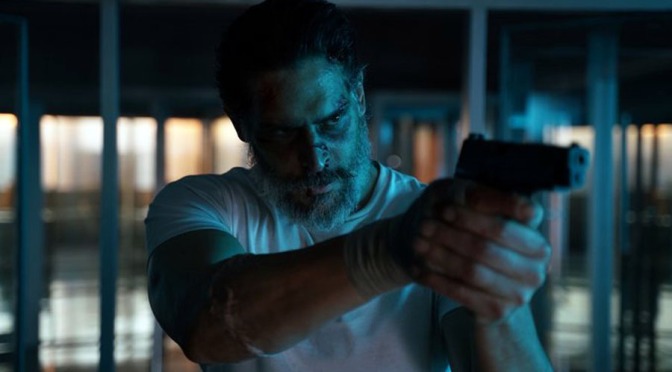 RLJE has released the first trailer for Adam Egypt Mortimer’s Archenemy which finds Joe Manganiello plays an alcoholic and homeless character who may or may not be a hero from another dimension.

Manganiello is Max Fist (what a name!), a man who tells people that he’s actually a hero from another dimension who fell through time and space to our world, where he conveniently happens to be powerless. Unsurprisingly, almost no-one believes him, with the exception of Hamster, a teenager who wants to help Fist continue to be a hero. Together, they take to the streets to wipe out the local drug syndicate and its vicious crime boss known as The Manager.

Check out the trailer for Archenemy below: