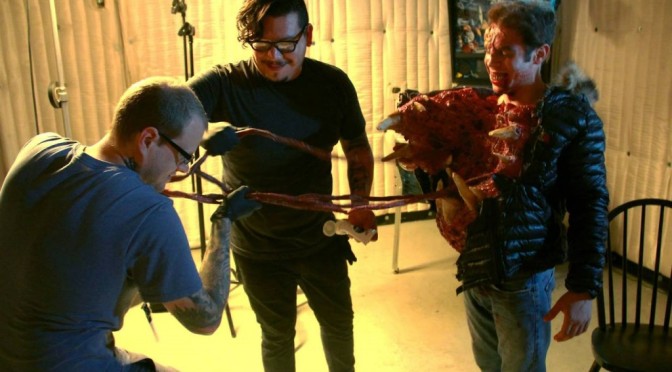 The Thing franchise has gone through many changes. From 1950s B-movie, to the 1982 John Carpenter classic, and then to prequel it captures sci-fi fans imagination. Now we get a comedy version! Here we have Night of the Creature. Directed by Alex Jacobs, the short stars Ron Babcock, Ed Salazar, Russel Stepan, and Solomon Georgio all trying to figure out who is an alien. The movie takes on the famous blood testing scene from The Thing, only this time it plays out slightly different from you may think.