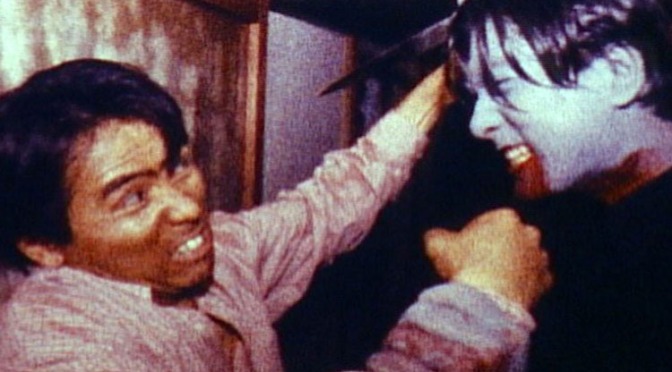 In the film, which has never before been released in the U.S., a bodybuilder trapped inside a haunted house must save himself from a ghost hell-bent on revenge. After a surprise phone call interrupts his daily workout, beefy bodybuilder Shinji agrees to meet his photojournalist ex-girlfriend to help with her research on haunted houses. Accompanied by a professional psychic, they visit an abandoned house once owned by Shinji’s father. But inside the house, a dark secret lingers and they find themselves trapped and tormented by a relentless ghost with a 30-year grudge.

Check out the trailer, courtesy of Bloody Disgusting, for Bloody Muscle Body Builder in Hell (aka The Japanese Evil Dead) below: