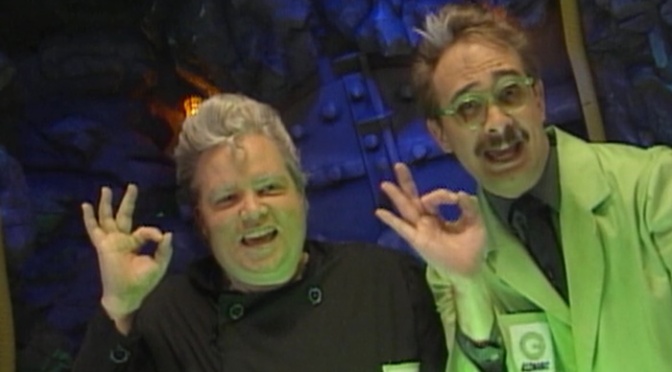 There have been some developments since we last visited the Mystery Science Theater 3000 Kickstarter campaign, most notably Joel Hodgson’s announcement of who will play the new Mad Scientist and henchman.

END_OF_DOCUMENT_TOKEN_TO_BE_REPLACED

Rejoice, MSTies! Mystery Science Theater 3000 has surpassed its initial funding goal on Kickstarter to bring back the show!

Many of you already know that Joel Hodgson, the original human host of the show, has launched a Kickstarter campaign to produce an initial offering of at least 3 pilot episodes of a revamped version of the show to shop around to potential producers/distributors. As of  November 16th, they have hit their minimum funding goal of 2 million dollars to produce the first 3 episodes! The Kickstarter will still be up and running until December 12th, in hopes of producing even more episodes in this initial run, with an ultimate goal of 5.5 million to produce a full 12 episode season.