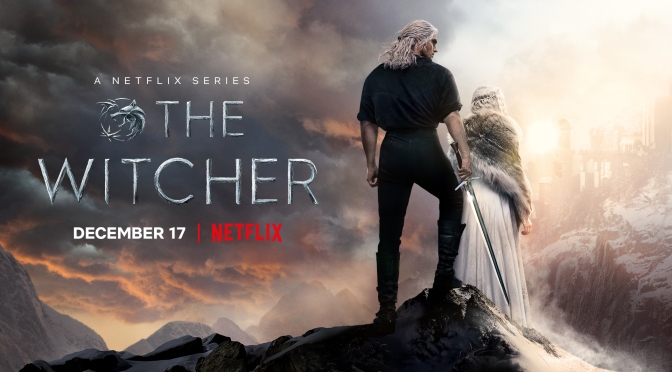 Netflix has released the first trailer upcoming second season of their hit fantasy drama The Witcher, which is currently slated to return later this year on December 17.

In Season 2, convinced Yennefer’s life was lost at the Battle of Sodden, Geralt of Rivia brings Princess Cirilla to the safest place he knows, his childhood home of Kaer Morhen. While the Continent’s kings, elves, humans, and demons strive for supremacy outside its walls, he must protect the girl from something far more dangerous: the mysterious power she possesses inside.

END_OF_DOCUMENT_TOKEN_TO_BE_REPLACED

The first full trailer for The Witcher dropped in San Diego today, based off the excellent novels by Polish author Andrzej Sapkowski. Starring Henry Cavill in the lead role of Geralt, Netflix looks to have a potentially huge hit in the making.

END_OF_DOCUMENT_TOKEN_TO_BE_REPLACED

Slipped in between news of a second delay and the cacophony of internet complaints about apparent graphical downgrades, one of the more recent stories about The Witcher 3: The Wild Hunt that may have fallen through the cracks is the fact that Geralt of Rivia is not the only playable character in the upcoming open-world RPG. At The Game Awards just a few months ago, CD Projekt’s Senior Games Designer Damien Monnier teased the reveal by saying someone showcased in the Elder Blood trailer he was about to show off will be playable when the game hits store shelves, though he didn’t go so far as to come right out and say who it was.