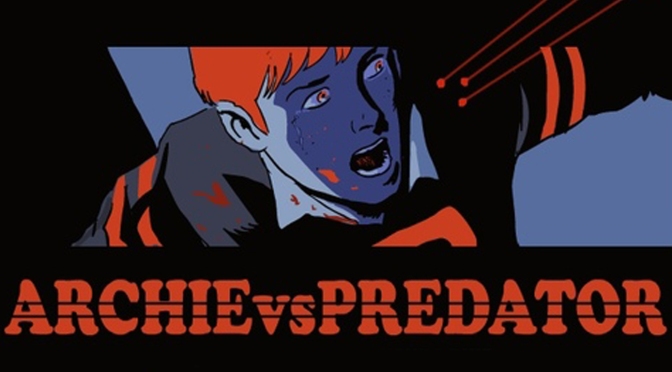 Archie comics are certainly diverse in their output. Starting in 1942, it’s one of the longest running series in all of comicdom, following the adventures of Archie, Jughead, Betty, and Veronica as they go about their lives in Riverdale. The amazing thing about the franchise, it also manages to come up with some extremely novel ideas and concepts. Much like his superhero counterparts, Archie has been part of a gay wedding, met the president, grown up, and in a controversial turn of events; died.

These characters are so fun and accessible, they have become very easy to modify into other existing pop culture brands, some of which you would never expect to see. So why don’t we have a stroll down to Riverdale and see just who Archie has had dealings with in the past and what he and his friends could be up to in the near future.

One of Archie’s first encounters with other pop culture figures comes in the form of four lean, mean and green party machines. That’s right Archie and co had a rocking summer with none other than the Teenage Mutant Ninja Turtles. Coming to us in 1991 we have the cartoon versions of the turtles getting vomited out of a floating, dimension spanning cow’s head. Her name is Cudley the Cowlick if that helps jog your memory Turtle fans. Archie and the green team eventually join up and rescue Veronica from a kidnapping attempt, and still have time to get their pizza eating on before the turtles return to their own dimension. 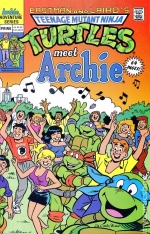 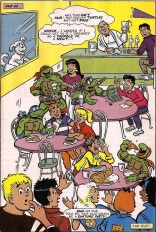 The artwork designs are basically the same, making it easier to believe a big floating cow’s head can turn up in Archie’s universe. Well, almost. For a slightly more in-depth look at their adventure, try the Crossing the Streams review of the comic itself.

In issue 627 of Archie we have a 4 part mini-series where monsters are unleashed onto poor Riverdale and only the rock gods KISS can save the day. Cheeky and full of fun, it makes one harken back to the days of KISS Meets the Phantom of the Park, the greatest rock movie ever made (no joke it is incredible!). 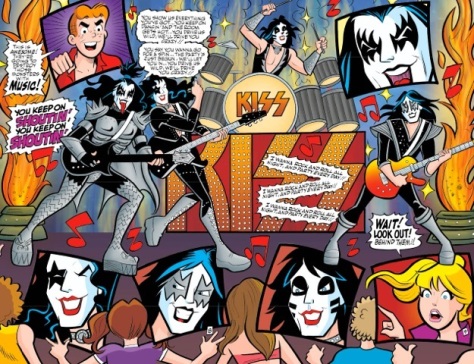 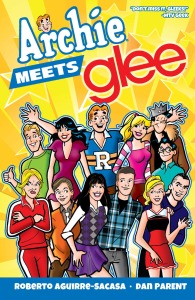 I have to say I know very little about Glee, but what I do know is that their gang popped up in Archie’s universe in 2013. The basic premise here is that Riverdale resident Dilton Doiley finds a way into the Glee universe and accidentally ends up swapping some characters around. Truth be told, it’s hard to say if this will appeal unless you’re a big fan of Glee.

Now if you think this is an odd selection of crossovers, then the arrival of the Punisher into Archie’s world will blow your socks off! Yes, Marvel’s vigilante and all around mood destroyer Frank Castle arrived in Riverdale, and unfortunately for our hero, he’s looking for a criminal known as Red -who bears a striking resemblance to Archie. As you would expect it sorts itself out in the end. The great thing about this 1994 team up is it stays true to the styles and feel of both comic series. Archie stays his innocent self, while Frank remains his usual surly self. This is helped along even more by the fact that there are 2 different artists drawing both the Punisher and Archie, making them both distinct, but actually still gelling together amazingly well. 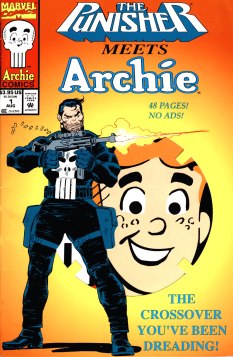 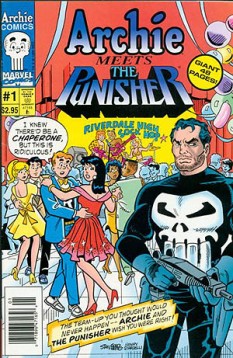 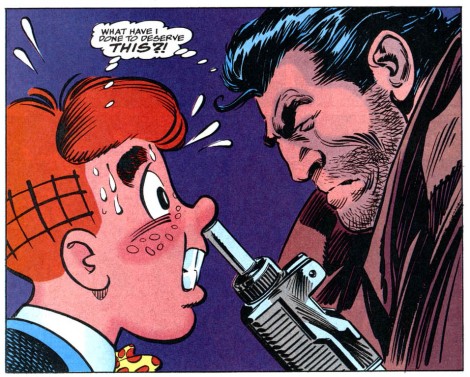 Last year the Archie universe did take the leap into much darker territory with its great standalone series Afterlife with Archie. Playing out like the Ultimate universe, this is Archie and his friends as seen in a horror movie setting. The character traits are still there, but there is a lot more adult feel to the story, with the sex and violence blending quite nicely with the normally safe and secure Riverdale. Again this change works so well with these characters and the story line unfolds like a classic George Romero movie plot would. In some ways it is almost traumatizing to see these characters eaten alive by their undead friends. 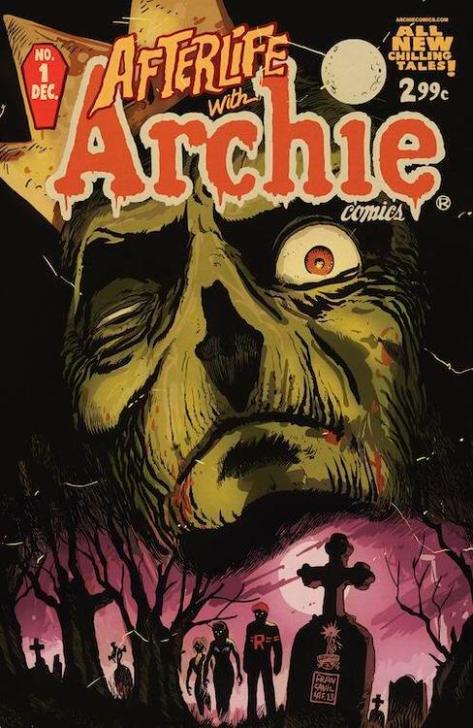 That brings us to the latest installment in the Archie series. In a move that is either totally insane or utterly genius, we’re about to get a meeting of Archie and the Predator. We do know that the series will have a different feel from the Afterlife books. If they incorporate the Predator in a light-hearted way like it did with Frank Castle or remain darker in tone, we don’t know yet. Fingers crossed they can just make it good, and the official press release from Dark Horse and Archie Comics certainly seems exciting and engaging enough for anyone to want to give it a try!

America’s favorite teen meets the galaxy’s fiercest hunter! Archie and friends hit Costa Rica for Spring Break, where party games and beach games are soon replaced by the Most Dangerous Game! What mysterious attraction does the gang hold for the trophy-collecting Predator, and will the kids even realize they’re in danger before it claims them all?

The wildest Archie crossover ever (and that’s saying something)!

Time will tell if this is as awesome as it seems, but I find it hard to see it been anything other than fantastic. Just look at the comic cover art below to get an idea of what may be in store for comic fans in the near future.

The success of After Life with Archie proves that taking a darker approach to the characters can work, this is also the reason why Archie’s friend Sabrina the Teenage Witch has fit so well into this new structure. With Archie Meets Predator soon to be unleashed onto comic readers, it’s interesting to think who else will end up popping up in Riverdale. The Xenomorphs? Superman? Heck, I wouldn’t put it past Archie Comic Publications, Inc to have him crossover with Jason Voorhees, like in this piece of fan art. 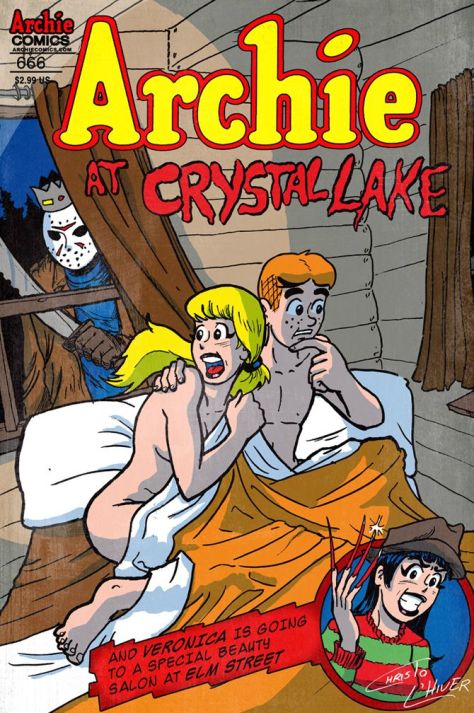 As it stands Archie already has an impressive resume under his belt, and it’s great to know that over 70 years since its original conception, the book is not only still relevant, but also still a lot of fun.