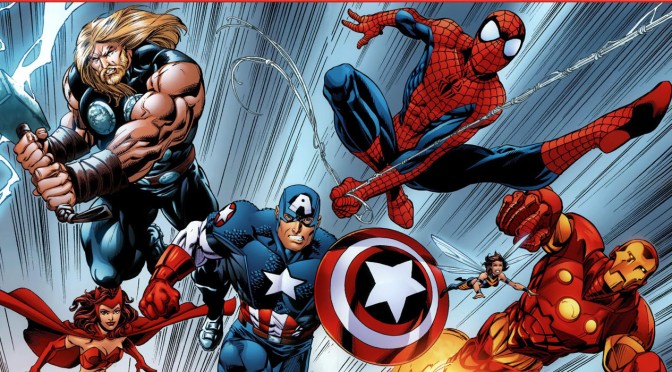 We’ve heard numerous plans and rumors about Spider-Man over the past few months, starting with the many different directions Sony planned to take the Spidey universe over the next few years. Eventually those rumors shifted to discussion of Spidey’s return to Marvel, following the under performance of their rebooted Amazing Spider-Man franchise. Fans collectively grew more excited following the Sony leak, which revealed possible discussions between Sony and Marvel about bringing the character into the Marvel Cinematic Universe.

Those discussions were quickly hushed, and Sony’s potential spin-offs Sinister Six and Venom were teased again. Finally, the official confirmation came that Spider-Man will in fact be joining the Marvel Cinematic Universe. The announcement of this unique partnership between Sony and Marvel Studios does not come without some bad news, as it was revealed that Andrew Garfield will not be returning as the webhead, nor will the planned spin-offs be happening.

The first rebooted Spider-man film will hit theaters on July 28, 2017. This completely changes Marvel’s planned schedule, pushing back Thor: Ragnarok to November 3, 2017. This also pushes Black Panther back to July 6, 2018, moving Captain Marvel to November 2, 2018. Finally, Inhumans will release on July 12, 2019, after Avengers: Infinity War, Part II, which doesn’t shift in the schedule.

Of course, we could see Spider-Man even earlier than 2017. With Captain America: Civil War, we were wondering how Marvel was going to sidestep Spider-Man’s huge role in the original storyline. With this announcement, they might not have to adjust the story too much. In fact, there are many avenues for the story to focus quite heavily on new hero Peter Parker, and would set the character up well for his 2017 debut.

The deal between Sony and Marvel acts more like a partnership, with Sony retaining rights to the character. Spidey will first appear in the MCU before his own solo film, as most characters have in one way or another in the MCU. Marvel Studios chief Kevin Feige will be co-producing with Sony’s Amy Pascal, and Spidey will still be distributed and controlled creatively by Sony, which has it’s pros and cons.

But Spidey is going to be in the MCU, so really, there isn’t too much to complain about. We will be talking about this at length in the next few weeks, so for now let’s see what the general reaction is. What do you think about Spidey joining the MCU? Are you upset that Sony retains creative control? Who is going to miss Andrew Garfield? Early casting picks for Peter Parker – or maybe even Miles Morales? Let us know in the comments below and join the discussion on the GrizzlyBomb Facebook page!