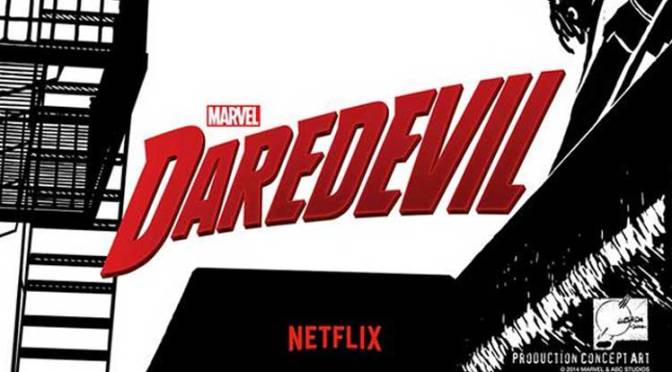 The GrizzlyBomb office was tuned in on April 10th when Marvel’s Daredevil was released on Netflix in it’s entirety, commencing a binge session that left us tired, hungry, and happy. Happy because some of our favorite characters were finally given the treatment they deserved, and tired, because 13 hours of awesomeness does that.

With the mostly positive reactions about Marvel’s latest endeavor on the small screen, it came as no surprise that they would be going ahead with a second season, which we received official confirmation of this week.

According to the announcement, we will be seeing the second season of Daredevil in 2016, much sooner than many of us had anticipated. With Marvel’s growing slate of series on Netflix, the timeline may seem a little rushed for Daredevil to show up again with Jessica Jones, Luke Cage, and Iron Fist all hitting Netflix in the next two years.

Of course, we can already expect to see Charlie Cox reprise his role as Daredevil in The Defenders mini-series/event that is set to follow the previously mentioned series. We don’t know if this second season will change plans for the event, which originally saw Daredevil and Jessica Jones in 2015, with Luke Cage and Iron Fist in 2016 and The Defenders in 2017. Will we see 3 seasons premiere in 2016 now, or will we see a series pushed, like we saw with the recent changes to Marvel Studio’s big screen slate after Spider-Man made his way to the MCU?

“While previous commitments unfortunately prevent me from continuing on with Daredevil into its second season. I could not be happier that Doug Petrie and Marco Ramirez are carrying the torch. They were invaluable collaborators during our first season, and I for one can’t wait to see what they do with the show moving forward.”

What could the prior commitment be, exactly? We did hear recently from DeKnight that he was interested in bringing Marvel’s Punisher to Netflix following the success of Daredevil, could we be seeing the anti-hero sooner than we thought?

At the very least, we do know that The Defenders will have to premiere before 2018, as they have already been rumored to appear in the second part of Avengers: Infinity War. Whether that means we’ll see some of the series change their slots or Marvel will be adding to the slate as it exists remain to be seen. Either way, the next few years are going to see a lot more binge nights as Marvel and Netflix continue to expand their ‘street-level’ corner of the Marvel Cinematic Universe, and we can’t wait for more.

What are your thoughts on Daredevil’s second season? Do you think they are rushing it considering we still have the other series to get through before Defenders? Do you want to see Punisher join the MCU on Netflix? Let us know in the comments below or join the discussion on the Grizzlybomb Facebook page!

And just because we love Karen Page…