There were a few directors attached over the years, with a couple actors interested, but nothing really developed, and the project seemed to fall off of everyone’s radar. The comic series itself ran for 75 issues from Vertigo Comics, and amassed a loyal fanbase that included those currently responsible for its small screen future. 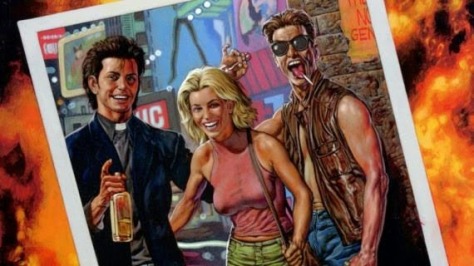 Seth Rogen and Evan Goldberg – the writing team behind Superbad, This is the End, and The Interview – pitched their take on the fan favorite series, which was picked up by AMC. The team gathered to produce a pilot, which led to some very interesting names being added to the cast. We’ll discuss the primary cast today as well as give a bit of insight on what we can expect to see from the AMC series.

First of all, let’s discuss the story, which follows preacher Jesse Custer after he is possessed by the entity known as Genesis. I won’t get too much into Genesis, as the series will certainly be exploring that, but there are two very important side effects of this possession. The first sees Jesse’s Midwestern church destroyed and his congregation annihilated by the power of the possession. This sets Jesse off on a path to find God, and hold him accountable for the current state of the world in his absence.

The second side effect bestows Jesse the power of the Word, which is basically God’s Voice, and enables him to force humans to do his bidding, no matter what that command is. He uses this power sometimes mercilessly and sometimes hilariously, and is one of his greatest weapons in his trek to find God.

Our first piece of casting news is of course who will be playing Jesse, and after a few weeks of rumors it was officially announced that Dominic Cooper has signed in to play the titular character. After years of fancasts and discussions over who could play Custer, we couldn’t be happier to see Cooper in the role. 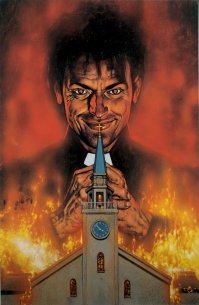 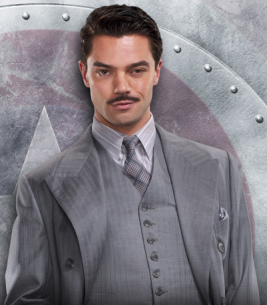 He is joined on his trip across the country by his best friend Cassidy, a 100-year-old Irish vampire with a foul mouth and an even worse attitude. He will be played by Joseph Gilgun, who most recently hails from the wonderful E4 series Misfits.

They will be accompanied by Jesse’s criminal ex-girlfriend Tulip, who will be played by Ruth Negga, who caught many comic fans attention in the role of Raina on Marvel’s Agents of SHIELD.

Rounding out the cast that has been announced so far will be Ian Colletti (Rake) in the unforgettable role of Arseface, a teenaged suicide survivor who becomes a huge part of the series (what he may look like in the show). Arseface’s father Sheriff Hugo Root was just recently cast, with Deadwood‘s W. Earl Brown set to take on the role of the mean-hearted redneck.

Finally, a couple of new characters have been cast for the series that so far have no counterparts in the comics. Lucy Griffiths, who starred in True Blood and more recently the pilot episode of Constantine, will be playing Emily Woodrow, who is described as “a no-nonsense single mother of three. Emily’s a waitress, the church organist, a bookkeeper and Jesse’s loyal right hand. Stoic and strong, wise beyond her years, she can’t help but have a little thing for Preacher Jesse.”

Elizabeth Perkins (Weeds) has also joined the cast as Vyla Quinncannon, who sounds like a mixture of a few characters from the comic series. She is described as “a genteel but formidable businesswoman who owns the local slaughterhouse in Annville. Ambitious, strong-willed and terrifying, Vyla shares a past with Jesse’s father which gives her a singular hold over Jesse.” The character sounds like Jesse’s grandmother from the comic series, and shares the last name and some character points of Odin Quincannon, who is somebody we don’t see until quite a ways into the comic series. We’ll have to wait for a bit more information before we can properly speculate on how this character relates to the comic series.

We might see a few more names announced, depending on how much from the original comic series will be brought into the adaptation. Big names like the Saint of Killers or Herr Starr have yet to be cast, and a number of other characters, both human and supernatural, have yet to be announced. With the potential to run more than a few seasons as they explore the US, the characters, and the genre itself, we are having trouble containing our excitement as this series moves into production.

But we can be patient. After all, we have been waiting years for this.

Are you excited for the upcoming Preacher adaptation on AMC? What do you think of the cast so far? Let us know in the comments or sound off on the Grizzlybomb Facebook page!