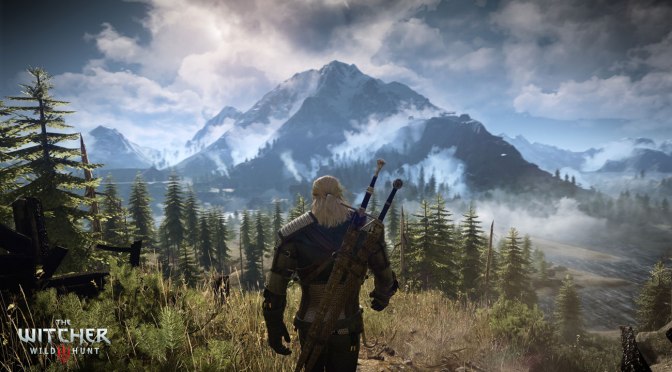 After a couple heartbreaking delays, CD Projekt RED has finally unleashed its magnum opus unto the gaming world – The Witcher 3: Wild Hunt. The last two releases in the series have consistently raised the bar with their feature-rich gameplay and mature plot elements, and this third and final instalment of Geralt’s adventures across a world mired in war and politics is an amazing experience that is miles ahead of its peers as well as its own prior entries.

The Witcher 3 allows you to step into the monster-hunting boots of Geralt once again. His latest journey places him in conflict with a supernatural army that seeks out one of his closest companions. This main thread pushes players into a web of intrigue that takes you in several different directions based on the choices you make along the way. The game peppers minor choices into a dizzying amount of encounters large and small, and there are so many ways to tackle each and every situation that it’s unlikely any two playthroughs will be entirely similar. Whether you choose to start a fight or talk your way out of one, the game gives you the freedom to do whatever you please. 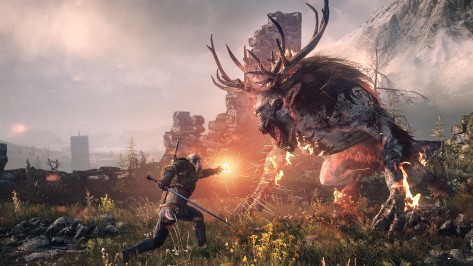 The massive world of The Witcher 3 is daunting, but you’ll be pushed to explore the majority of it. You’ll explore a varied and gorgeous landscape on horseback, walk the cobbled streets of neighboring kingdoms and their adjacent villages, and discover daunting and oppressive caves. The ever-changing weather system and wealth of NPCs that populate each and every locale make you feel like you’re in a living, breathing world. There’s an interesting side quest around every corner, a pack of enemies to vanquish, a set of items to procure and even more to participate in. As promised, the game’s scope is such that you will never manage to take in everything the game has to offer in a single playthrough.

Geralt’s combat maneuvers follow the same tenets of timing and strategy, but streamline some of the previous titles’ clunkier mechanics, and add a few more systems to the already wide array of upgrades, weapons, skill trees and combat modifiers the series is renowned for. At its base, Geralt has fast and strong attacks, a short side-step and the classic dodge roll to get around the battlefield. Witchers don’t use a shield, so Geralt can parry blows by deflecting them with his raised sword, and timing it right can have the Witcher counteract the attack and stagger the enemy. On top of that, he has five magical signs that each have certain strengths and weaknesses that work to varying degrees depending on the enemy type.

Modifying each of these elements are oils, potions, bombs, armor upgrades, talent points and a bestiary that explains all the strengths and weaknesses of the unending parade of beasts that prowl the landscape. It’s a robust combat system that rewards patience, preparation and awareness of the situation at hand. The new Gabriel crossbow opens up the battle options even further, allowing Geralt to take arms against creatures in the air or underwater. Fighting monsters who aren’t bound to solid ground is some of the most exhilarating and dynamic combat we’ve ever faced in a video game. Yet if there’s one annoyance to be had with the numerous systems at play, it’s the newly introduced weapon/armor degradation system, which forces you to stop in the middle of your travels find the proper smith to repair your gear. This feature may make your journey feel real, but it stands out as a tiresome element that gets in the way of the fun.

There are several different kinds of quests that Geralt can take throughout the story, and while they all tend to make use of most, if not all the game’s gameplay elements, they can each feel impressively distinct: Whether you’re tackling a main or secondary quest, you’ll typically begin your mission by speaking with the locals and learning some clue about a character or item you need to track down. From there you’ll use your Batman-vision-esque Witcher senses to survey the area and look for clues, before inevitably facing some trouble requiring a well-placed sword, coin or compliment to complete your task. There’s almost always a twist or circumstance that keeps the narrative interesting, and you very rarely find yourself retreading over similar ground. Witcher contracts generally follow the same structure, but there’s a real sense that you are hunting a beast that exists within the world. Geralt will inspect a bloody crime scene, or ask about a creature’s habits in order to identify the monster, and then it’s up to his Witcher senses to locate it. Often, particularly on the highest difficulties (when the creature behaviours become far more interesting and dangerous) it won’t do any good to hack away without first applying all you’ve learned about the thing you’re trying to kill – the right blade oil, protective potion, or attack pattern can be the difference between a satisfying new trophy to hang off your saddle, and having to star at the game over screen over and over again. Exploring the absolutely gorgeous open world for recipes, crafting diagrams and legendary gear are campaigns of their own that span the entire game’s geography and will take you to points of interest around the world that feature breathtaking views, oppressive atmospheres and mournful histories.

The Witcher 3 is a supremely addictive experience that offers more to explore at every turn. You’ll spend hundreds of hours before you finally reach the end of your main journey, and rarely does it feel like the story’s been padded, or hackneyed. The second playable character may not be as interesting on the battlefield as Geralt, but her story is just as compelling. You won’t be too deterred by her part in the long tale, thanks to the sense of discovery present in such a massive game. Your time spent in the dark and dangerous world of The Witcher 3 will be worth all the trouble for throwing yourself into it. While the load times can be a bit too long and the performance is still quite rough around the edges at times, The Witcher 3 still stands as a crowning achievement for video games.