NBC’s Quantum Leap has now been off the air for more than two decades. For those not in the know, this show chronicled the exploits of Dr. Samuel Beckett and Admiral Al Calavicci as they traveled through time righting wrongs and saving lives, presumably on a mission from God.  Through the course of the show, Sam changes history several times and betters the lives of almost everyone he “leaps” into. The show tackled serious issues like war, prejudice, sexual assault and addiction, which allowed Sam to act as the voice of modern society railing against the common injustices of antiquated eras. The writing was often heartfelt and nostalgic, and for those reasons seemed to echo a sincere bond between the audience and the fictional time traveling Dr. Beckett.  What follows is a look back at ten of the most memorable leaps that Sam experienced after he stepped into the Quantum Leap Accelerator and vanished…

This marks the only time in 97 episodes that Sam leaps out of his lifetime, all the way back to the 1862. Sam finds himself on a Civil War battlefield inhabiting the body of his own great-grandfather, and it becomes apparent that in a Marty McFly-like turn of events, he must ensure that Great Grandma and Grandpa fall in love or he risks never being born. As if that wasn’t enough, he must also convince her to hide him from the Confederate soldiers that are hunting him down and in the process, do his part to help out the Underground Railroad.

This episode sees Sam jump into a chimpanzee that is involved in the early days of the space program. What starts off as a lighthearted comedic story soon sheds a light on the mistreatment of mankind’s closest genetic relative. Sam must escape his lab cage to save another chimp from untimely death and prove he is more than a test dummy. Despite the more serious tone it takes in the latter half of the story, this episode provides plenty of humor and had a chimp with a tranquilizer gun, making this easily one of the more memorable leaps.

While not my favorite leap, this one certainly did resonate with the viewers, and even won the show an Emmy for Outstanding Editing. The 2-hour premiere for the final season saw Sam leap 7 times within the life of Lee Harvey Oswald leading up to the Kennedy assassination. During the leaps, he struggled to maintain control of his actions while Al attempted to interrogate Oswald in the future. From Moscow to New Orleans to Dallas – we see Oswald in the years leading up to that fateful day in November of ’63. Under the assumption Sam is there to stop JFK from dying, it is revealed that in the original timeline Jackie O was also killed. Despite failing to save the President, the leap ended up not a complete failure…

This three-part leap in which Sam interacts with Abigail Fuller at different points in her life ended in surprising fashion – with Sam as a father. The story focuses on Abigail being accused of murder on multiple occasions for which Sam must repeatedly attempt to prove her innocence. The thing is, Abigail just seems a bit off, and the audience doesn’t know if she is guilty or not, but Sam is sure of her innocence and he falls for her. During the second leap, in which Sam inhabits her fiancé, they get it on. When he returns for leap #3, twelve years later, he finds Abigail with an incredibly intelligent daughter – his. It is then revealed that in the future, Al has brought the girl into the QL Project where she now works, unaware that Sam is her true dad. 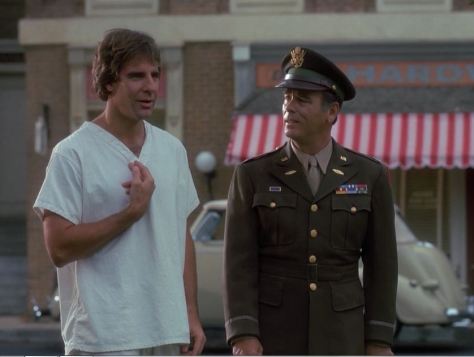 As season 3 ended, Sam found himself in a 1950s mental institution and by the end of the episode, as a result of electro-shock therapy, Sam ends up switching places with Al during the leap.  Season 4 begins with Sam as the hologram and Al transported back to 1945. Sam enjoys an emotional reunion with his wife and starts to work on a way to bring Al home. However when Al ends up in peril, Dr. Beckett selflessly leaps back in time to save him, once again trapping himself in time and away from home. 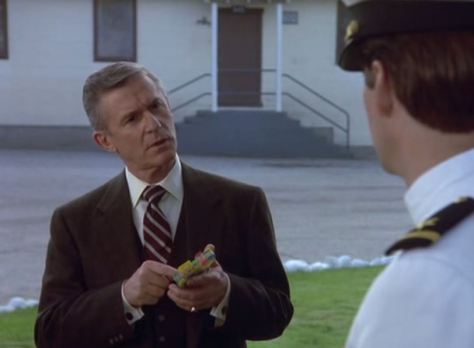 This episode sees Sam jump into a young Al Calavicci and inadvertently get his best friend convicted of a crime he didn’t commit, subsequently then sent to the gas chamber. This changes the future and we see guest star Roddy McDowall appear as the new observer. Sam must find a way to prove Al’s innocence and save his friend from the death sentence.

To kick off season 3 Sam is given a gift – he leaps into himself as a teenager and has a chance to once again see his family – a father who had died of cancer years earlier and a brother who never made it back from Vietnam.  In this emotional reunion, Sam is able to save his brother and prevent his sister from an unhappy marriage. This is one of the few times that we get to see our hero truly happy for a bit.

3. Jimmy and the Evil Leaper

This story starts out in 1964 as Sam finds himself in the body of a mentally handicapped man named Jimmy who needs to save the life of his nephew and avoid institutionalization. It’s a heartwarming story on its own, but becomes paramount to the mythology of the show later when Sam finds himself leapt back into Jimmy in 1966 and things have gone awry. This becomes the first time that Sam leaps back into someone he already helped, and it is there in 1966 that a startling discovery is made – Sam is not the only one leaping though time changing history. Enter Alia, the ‘evil leaper.’ As Sam is fixing things that went wrong before, Alia is causing problems where they previously didn’t exist. Complete with her own hologram, Zoey, it comes to light that she has been forced into servitude and the two counterparts eventually join forces and Sam is able to free Alia from her imprisonment of wrongdoings.

What starts out as just another leap soon shows us that professional ladies’ man Al wasn’t always so scandalous. While Sam is sure he is there for other reasons, Al wants him to convince Beth, a Navy nurse, that her MIA husband is still alive and that she shouldn’t give up on him. Eventually we learn that her missing husband is in fact Al and  by the time he returned home from the war she had remarried. Before the episode ends, Al gets his last chance to hologram dance with his true love to Ray Charles…if ever you were going to cry during an episode, this is the one.

Sam leaps into a bar and for the first time in years, looks in the mirror to see his own reflection. The bartender’s name is Al and the patrons of the establishment are littered with familiar names and faces. We are led to believe that the bartender is in fact God and that Sam’s journey thus far has only just begun.

Sam is given opportunity to go back and change something before he moves on – and his choice, back to 1969 and Al’s first wife Beth, where he tells her that Al is coming home and changes history, saving Al from 5 divorces and making him a proud father.

Then, in what seems like cruel punishment for a life of good deeds, the following words appear as the screen fades to black – “Dr. Sam Becket never returned home” and like that, it was over.

In an extra bit of cruelty, they spelled BECKETT wrong…

Forever trapped in time helping strangers, Dr. Beckett ends up as one of television history’s most under-appreciated heroes.

One thought on “Quantum Leap: Sam’s Ten Most Memorable Leaps…”