With X-Men: Apocalypse almost upon us, and Deadpool close behind, we’ve been following the X-news pretty closely. The only other officially announced film in the Fox series so far has been Gambit, starring Channing Tatum and Lea Seydoux. Gambit is a bit of a surprising gambit (yeah, we went there) and interesting choice for a spin-off film, considering the new canon, following the events of Days of Future Past, which rewrote the timeline and pretty much erased Taylor Kitsch’s turn as the character in X-Men Origins: Wolverine. So we can certainly get behind bringing the fan favorite character to the big screen.

With that being said, in our eyes there are a number of characters and teams who deserve their shot on the big screen a little bit more than Remy LeBeau. While we have nothing against Gambit, there are already a number of properties that have been partially set up in the X-Men’s Cinematic Universe, including a number of characters we just want to see more of. Today we are going to take a look at a number of these potential spin-offs that we would love to see, starting with someone we hope to see in another rumored spin-off. 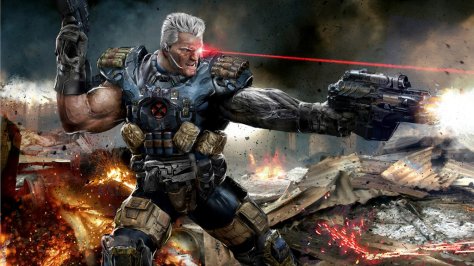 Nathan Christopher Charles Dayspring Askani’Son Summers AKA Cable is an interesting yet incredibly complicated character, if that wasn’t evident by his name alone. Fans of the film series might recognise the last name of Summers, which Nathan shares with his father Scott Summers AKA Cyclops, as well as his uncle Alex Summers AKA Havok. His lineage is only a small part of what makes the character of Cable so interesting yet convoluted, as the character is also heavily involved with time travel and the villain Apocalypse, who will obviously be featured in the next X-film we see.

By potentially introducing the character in an X-Force film with teases to his true identity as a part of the Summers family, a spin-off film that further explored this unique storyline would be a welcome storyline for fans and casual movie-goers alike. Cable has proven more than popular enough over the years to even replace Wolverine as the focal point of the X-films, though we may be getting ahead of ourselves. Cable also has a very close and interesting connection with Deadpool, who we will obviously see up on the big screen soon.

There have been a few interesting iterations of X-Factor over the years, but building off the already established film continuity, this version would focus on the government-sanctioned mutant team led by Alex Summers AKA Havok, who we’ve seen in X-Men: First Class, Days of Future Past and the upcoming Apocalypse played by Lucas Till. Usually joining Havok in X-Factor is his on-again off-again girlfriend Polaris, along with Forge, Quicksilver, Strong Guy, Multiple Man, Wolfsbane, and even Sabretooth and Mystique, at one point.

Havok’s involvement with a mutant government strike force is hinted at in DoFP, which only sets to lay the groundwork for an X-Factor spin-off. With Quicksilver also featuring in DoFP, the familial connections with Polaris, who is also the daughter of Magneto, could set up a very interesting family dynamic, while exploring some of the new characters on the team. It would also offer an altogether new look at how the US government deals with mutants on the big screen, while expanding even further on the Summers family of characters.

Magneto is a character we have seen on screen quite frequently, so his inclusion on this list might be baffling to some. We’ve witnessed his origins, seen his friendship with Xavier and his eventual turn against his friend as they pursued separate dreams. However, there is still a huge story left to be told for Magneto, which could explore his evolution from mutant rights activist to full blown supervillain. Over the course of the films we’ve seen Magneto as an enemy to the X-Men as often as he’s been a friend, so a return to villainy would be much appreciated.

With such a great resource in Michael Fassbender, it would be interesting to see a movie dedicated to Magneto that follows the formation of his Brotherhood of Evil Mutants, and exhibits the darkest side of Magneto that we really haven’t seen on the big screen yet. His recent series in the comics by Cullen Bunn is a great indication of how the character can still carry his own book and just why he is, was, and always will be the ultimate mutant villain/anti-hero.

Yes. clearly I have a deep-rooted obsession with the Summers family, that much is obvious. However, the potential adventures opened up by a spin-off film featuring the Starjammers is ridiculous. The Starjammers are a team of space pirates led by Major Christopher Summers AKA Corsair. Corsair is the father of Scott and Alex Summers, who was long thought to be dead by his sons. His team consists of alien adventurers named Hepzibah, Raza, and Ch’od, with a few other notable members like Lilandra, Binary (Carol Danvers AKA Captain Marvel), and even Havok, Polaris, and Rachel Grey/Summers AKA Marvel Girl have been members on occasion.

While the X-Men primarily fight for mutant rights on Earth, they also spend a great deal of time in space, usually dealing with the alien Shi’ar. The Starjammers would provide a foothold into a larger scale film universe we have yet to see in Fox’s Marvel universe, and if a few X-Men were along for the ride it would work all the better. If this film could lead to a potential encounter between the X-Men, Starjammers, and the alien menace known as the Brood, it would be entirely worth it.

Another character we have seen a lot of in the cinemas is Ororo Munroe AKA Storm, who appears in four of the five X-films played by Halle Berry. The character will also make an appearance in X-Men: Apocalypse, although the role has been recast to fit the ’80s setting of the film, with Alexandra Shipp taking over the role. This opens the doors for not only a fresh face to take on one of the most popular mutants ever, but for her unexplored origins to finally make it to the big screen.

While Halle Berry has featured heavily in the original trilogy, her character was never really explored beyond the fact that she can control the weather. Tragically underused over four films, Ororo Munroe deserves her own spot to shine, and with Shipp taking over the role the future is looking bright to finally see Ororo done right. These next few years just might feature some big moments for the fan-favorite character.

One of the first spin-off comic titles of the X-Men, Excalibur put together a British superhero team that featured a few X-members like Nightcrawler, Shadowcat, and Phoenix (Rachel Summers). The team tackled a number of incredibly unique villains while rooting itself heavily in Arthurian mythology. The team also explored the Marvel multiverse in new and exciting ways that would translate beautifully on to the big screen.

With Nightcrawler set to appear in X-Men: Apocalypse played by Kodi Smit-McPhee, his future in the X-Men Cinematic Universe could be very bright, and we hope that his colorful teammates in Excalibur will be making their way to the cineplex as well. Excalibur offered a number of great characters like Captain Britain, Meggan and Pete Wisdom, but it also provided a ton of character growth for Nightcrawler, who proved himself as a capable leader for the X-Men.

While we will got a small taste of Bishop in X-Men: Days of Future Past, we didn’t see his origin or related stories touched on at all. However, there are a number of stories involving the time traveling mutant that would translate well onto the big screen. Initially, Bishop travelled to the present day and joined the X-Men, and even policed the mutant neighborhood known as District X before he eventually went a little psycho and turned into a genocidal time-travelling villain, but that story will most likely not be told on-screen.

One of the more interesting storylines to feature Bishop saw the character lost in time and flung to the far future, where he was known as the Last X-Man. He faced off against his arch-enemy Trevor Fitzroy while further exploring his unique role as a member of both the X-Men and the XSE (Xavier Security Enforcers), and would introduce another level to the X-franchise. His role in DoFP only served as a tease for fans of the character, who demand more.

The X-Men have operated over the years not only as a superheroic mutant squad, but also a school for training mutants in the use of their powers.We have seen a number of classes at the Xavier’s School for Gifted Youngsters, starting with the New Mutants (who are set to appear in another rumored spin-off in the near future) and featuring a number of interesting mutants who haven’t even been hinted at on-screen. New X-Men showcased a young team of mutants for the new millennium, who were put through their paces early on in their career.

The team really came together after a series of tragedies that strengthened the team, which featured characters like X-23, Surge, Hellion, Mercury, Rockslide, Anole, Prodigy, Pixie, and Dust. The unique team would offer a fantastic new direction for the X-franchise by throwing a number of new faces into the ring, including the young female clone of Wolverine who is more than capable of replacing Hugh Jackman’s Wolverine as a tent pole character of the X-Men Cinematic Universe.

So yes, we are certainly interested in seeing a Gambit spin-off film, but there are so many more interesting options for Fox to develop. What character or team do you think deserves their own spin-off? Let us know in the comments section below!