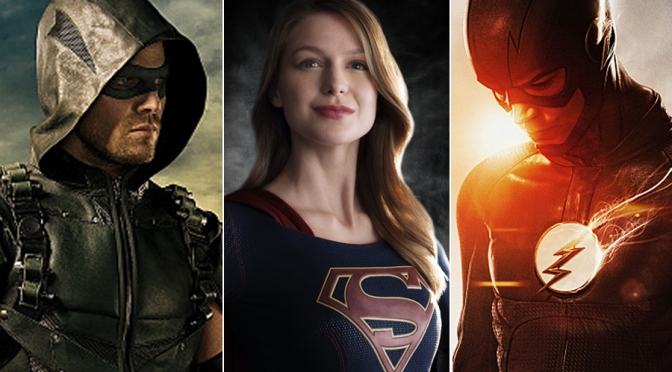 We at the GB nearly plotzed the other night when a major character*** on Supergirl turned out to be . . .a beloved DCU stalwart (see end note at the bottom if you want to be spoiled). Whoa! This was in the same episode that the main antagonist was a character usually relegated to the trivia section, Jemm, Son of Saturn (who in the comics is a hero, but did a villain turn for TV). This got us thinking – with opportunities for appearances on Supergirl, Flash, Arrow, and even the upcoming Legends of Tomorrow mini-series, what other DC comics aliens, whether obscure or high profile, would be welcome presences on TV?

Our top choices below:

Four aliens for the price of one, TV special effects and makeup are at the point where they can handle Ultra the Multi-Alien, what with his lightning left leg, bird-like right leg, super-strong and green upper right quadrant, and his upper left side, which possesses magnetic mastery.

Technically, at least as written in the funnybooks, he was an earth-man to start, but since he was transformed into four different alien races by members of those tribes, he’s genetically otherworldly, even if not originally so. Since far too many aliens on TV appear like regular dudes, more or less, we think Ultra’s appearance could put the fear of the unknown into the general populace and demonstrate the appeal of getting weird! Speaking of which . . .

A refugee from another dimension, this energy being is forced to possess a barely-living human to survive – and, in doing so, grant his new form incredible powers including incredible strength and intangibility, with which he can now fight the very evil aliens he once escaped from. 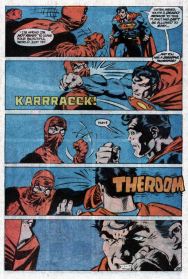 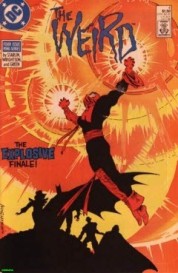 And he looks cool – originally penciled by Bernie Wrightson. And he (SPOILER) self-destructs eventually, so you don’t have to worry about continuity or series mythology. Perfect for a one-off episode.

Some may be familiar with cosmic threat Braniac, who fights Superman from time to time. But his less evil green-skinned son (or perhaps clone), also from the planet Colu, would be perfect to appear in one of the DC shows we have running now. 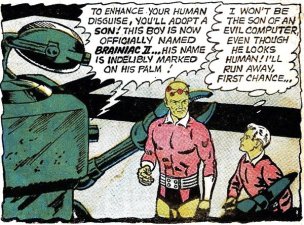 His power is simply super-intellect — he’s always five steps ahead, and crafty and manipulative as heck. With no other powers, he sure has to be. And an alien less into punching and more into scheming or saving the day using his noodle would be a nice change of pace.

Already known to many in the general TV audience due to her starring role in the Teen Titans cartoon and its hilarious [Ed. Note – debatable] offspring, Teen Titans Go!, Starfire could be an excellent foil or companion to Supergirl.

Both are aliens, but one given a mission of peace from the get-go, the other arriving at that goal after being bred for war.

If you want the ultimate test, the ultimate evil, for your hero to test his mettle against, this is the guy to draft. The dictator of the planet Apokolips, our favorite of Jack Kirby’s New Gods, not only is Darkseid nearly without peer in the power department, with his strength and Omega beams, and an army of Parademons at his disposal, he’s motivated to increase that power via finding/solving the mythical Anti-Life Equation.

And, you know, Darkseid’s first appearance was in a Jimmy Olsen comic . . . and Jimmy Olsen’s on Supergirl now. Just sayin’…

Okay, look, nearly all of DC’s Legion of Superheroes, of which Matter Eater Lad is a member, are aliens living 1,000 years in the future. But there is only one character who would give Tenzil Kem, whose quote-superpower-endquote is that he can eat anything, the goofy nickname of “Matter Eater Lad.” That would be Cisco from The Flash series, who delights in giving silly Silver-Age-style names to superpeople.

And since time travel is a recurring element for the Flash, Matter Eater Lad needs to show up and provide some useless-power comic relief.

That’s our solid six! Who else from the vast reaches of the DC Comics universe should show up in the affiliated shows? Drop a comment!

Images: DC Comics, Warner Bros.
*** It was the Martian Manhunter!