In the year 1977 a very special comic book appeared. Set in the future and focusing on a plethora of rich characters, it was the most futuristic comic kids of the time had ever seen. Named 2000 AD, this UK book soon spread all over the world, with its figurehead character Judge Dredd having not one, but two movies based on his exploits. Among the great stories, there was something else. Artwork. Amazing artwork which exploded from the pages you were reading.

In 2015, two super fans of the comic book decided to embark on an endeavour. They would create a company that (much like 2000 AD did back in the day) would showcase some incredible art based on the comics they loved so much. This company is Vice Press.

Creators James Henshaw (former Grizzly Bomb writer), and graphic artist Matt Ferguson have brought together some of the leading artists from around the world to work on some of your (and their) favourite 2000 AD characters. The style of the company harkens back to the early years of the comic book, the ones I remember reading in the mid-80s early ’90s. The Vice Press logo itself is a loving homage to that classic original logo style, while the Judge Dredd mini print by Matt looks exactly like a starting piece from the ’80s Judge Dredd comic strip.

It’s clear that everyone that works on the projects are fans of the comic and love what they are doing. This comes across not only through their art but is proudly advertised on their homepage.

Vice Press are a U.K based print house focused on producing fully licensed art prints and screen printed posters featuring primarily British and European properties from movies, television and literature. We work with both up and coming and well-known artists from around the world to produce new and distinctive works of art.)Though only out a few years they do have an impressive collection of posters and art pieces out already. Below are some of my personal favourites which (for the most part) do come in variants style as well.

Though they have been active for less than a year, Vice Press has already compiled an impressive portfolio of work.

Familiar faces from the current art scene and some Mondo art stars pop up throughout this gallery. Matt Ferguson himself has done some great prints of Dredd (especially the already mentioned sideways mini poster), and shows us a new design for Dredd with that comforting retro feel to it, making it easy for fans old and new to enjoy. His Strontium Dog print on the other hand just looks flipping great. 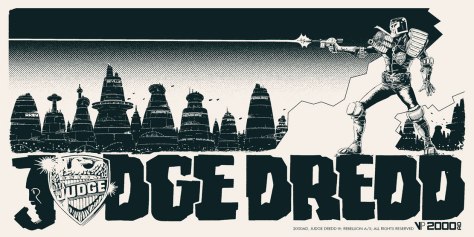 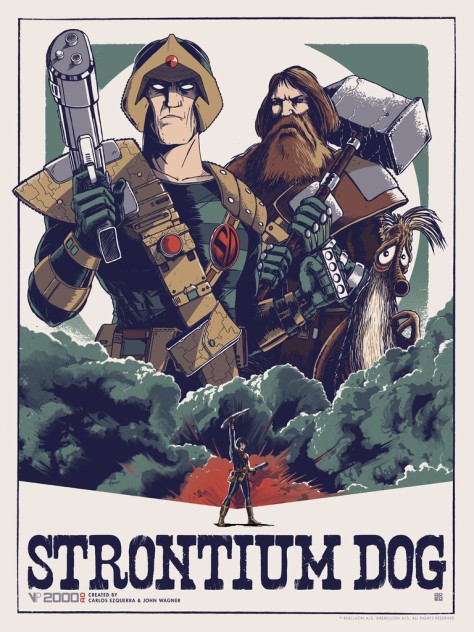 Other notable entries include Godmachines amazing version of the Dark Judges, especially his Nemesis the Warlock (one of my favorite characters) print which looks exactly as I remember Kevin O’Neil drawing him years ago. 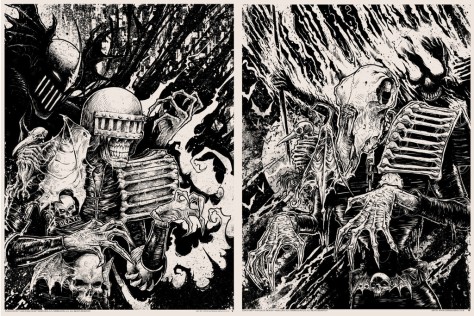 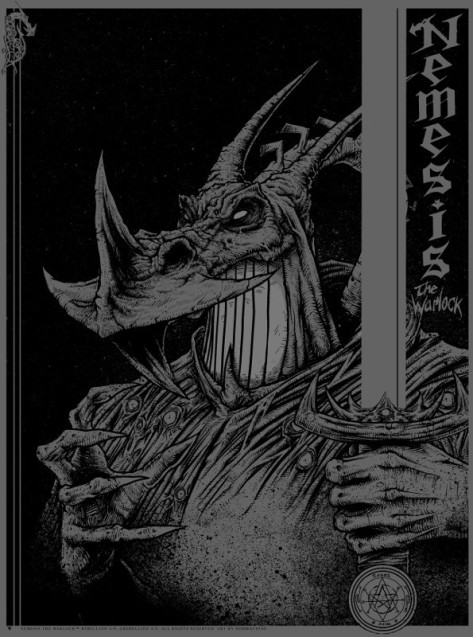 We also have to mention how Vice Press have managed to snag original 2000 AD artists to contribute to the company. Glen Forby drawing Slaine once again was amazing to see, but the real shocker was seeing Judge Dredd brought to life by one of the most influential Dredd artists out there Carlos Ezquerra.

But that’s not all. Below is a gallery of a few of the other pieces currently on sale from talented artists like Raid 71 and Dan Mumford.

With more art to come it will be interesting to see if Matt and James tackle some of the more obscure 2000 AD characters, because it seems that any comic star is fair game here (Bad Company guys hint-hint!).

What is in Vice Press’s future? Well if their recent announcement is anything to go by it seems they will be branching out even more, this time to the world of literature.

Watch this space for more releases from the company as they come, or why not visit their official Vice Press site or through Facebook. James has his own art site called Cult Collective, while Matt has his artwork displayed on his site Cakes and Comics.

For more information on Judge Dredd look at this great collection of non-cannon Dredd team ups here. For other Dredd news you can also look here. For some examples of weird comic art and characters why not look here. Finally for information on some of Mondo’s past work or just some crazy poster art click the links provided.