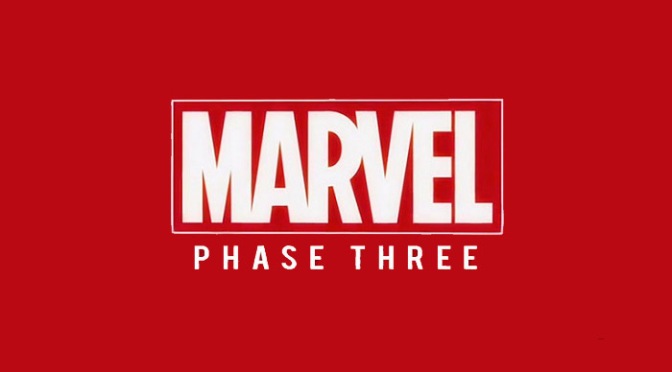 It may be part of Darth Disney’s plan to take over the world, but Marvel’s ever-expanding movie universe has taken audiences by storm (just not Johnny Storm).

Captain America: Civil War kicked off Phase Three with some impressive numbers the last two weekends, keeping the number one spot and showing that audiences are still symptom-free of what some are calling Superhero-Fatigue.

Phase Three takes place following the mass destruction inflicted in Avengers: Age of Ultron, during which the super team manages to save the planet from Ultron, but are viewed as responsible for the damage he did. The world’s leaders look to reign in the superheroes with international laws known as the Sokovia Accord. Not all the Avengers are on board with that plan though, hence – Civil War.

While the Avengers are fighting amongst themselves, several other Marvel heroes have become aware of a much more worrisome impending threat. Several of the coming movies in the next few years will take place along the same timeline as Civil War, filling in some plotlines that began way back in phase one. Back when they set up the new MCU, introducing The Avengers, as well as villains Loki and Thanos. Phase two introduced new heroes in Ant-Man, and the Guardians of the Galaxy, while expanding on the existence of the Infinity Stones and teasing the Infinity Gauntlet. Phase three will focus on the Infinity stones, bringing audiences a few new heroes along the way.

Next up for the MCU is Doctor Strange, starring dragon-born Brit, Benedict Cumberbatch.

Historically Strange is #TeamCap when it comes to the Superhero registration act, but little is known about the upcoming feature beyond the fact that it will touch on the Infinity stone plot line. From the trailer, it appears to be your standard origin story, with perhaps a tease at Strange’s later involvement with the “New” Avengers. Doctor Strange will bring the world of magic to the tech-heavy MCU, which may come in handy when gods are involved.

James Gunn returns to write and direct the sequel to his hit Guardians of the Galaxy, which is the third highest grossing film in the MCU behind The Avengers and Ironman 3. Pretty impressive.

The second volume will feature much of the same cast with Chris Pratt’s Peter Quill learning more about his not quite human father, to be played by Hollywood action romp legend Kurt Russell (The Hateful 8, Big Trouble in Little China, The Thing, etc.). The first films healthy dose of heart, with repeated references to Quill’s dead mother and his subsequent intergalactic kidnapping, promises to carry through in the sequel. The title itself, Vol. 2, references the mix tape Quill’s mother made for him before she passed away. On his journey to find his father, it seems we will all be going on a feels trip as well, and if Chris Pratt and James Gunn’s twitter comments about their experience with Russell are any indication, bring tissues.

And that’s a wrap on Kurt Russell on #GOTGVol2. A true talent and pleasure in every way. I will admit to a small tear in my eye.

You're not the only one cryin'. Kurt Russell is the fucking best. https://t.co/nZVBX3Tjpy

Tom Holland made his web-slinging debut as Peter Parker/Spider-Man in Civil War, and next year he and his hottie-Aunt May (Marisa Tomei) will star in the Marvel reboot of the franchise. Word is the movie will skip right over a retelling of Parker’s origin story, so audiences will get a Post-Civil War Spidey. Other MCU characters are likely to appear, namely Tony Stark (Robert Downey Jr.), to mentor the already brainy Parker. 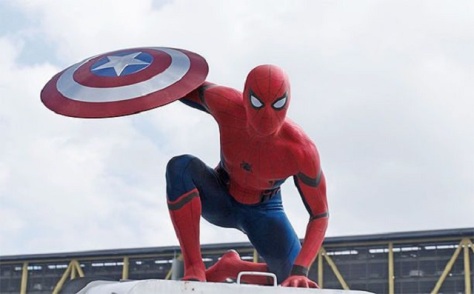 Rumors of Micheal Keaton as one of two possible villains were floating around, but now seem dead after Downey signed on. Considering his scene-stealing wise cracks in Civil War, its seems like audiences will get a more comic accurate version of Parker in the new reboot.

The addition of Spider-Man to the MCU lineup pushed the Thor sequel to its new November release date. Chris Hemsworth, Tom Hiddleson (Loki), and Jamie Alexander (Sif) will all reprise their roles as the events of Ragnarök unfold. Mark Ruffalo will also appear, going full Hulk alongside Thor and his hammer. While the movie will explain Thor and Hulk’s absence from the Civil War battlefield, they probably won’t be facing off with major baddie Thanos…not yet anyway.

While Ragnarök is the end of days in Norse mythology, the title might strike some curiosity among comic fans. Ragnarök is also the name of a cyborg clone of Thor himself. Could this be the mystery villain the Asgardians must face? Marvel Studios President Kevin Feige has said that Thor’s actions in this film will help to set up everything that comes next.

Chadwick Boseman will reprise his Civil War role as Black Panther. Micheal B. Jordon (Creed) and Lupita Nyong’o (Star Wars: The Force Awakens) will also appear. Little is known about the storyline of the film, other than it will likely tie into the infinity story line, as well as tying up post-Civil War plot details. Feige has said he is asked most often about this film, which comes as no surprise. Black Panther carried his own in Civil War, but this installment has historical value all its own. Black Panther was the first person of color to be featured as a mainstream comic hero, and with this film will be the first to headline an MCU film. While Marvel has always done its part to create diverse characters for comic readers to identify with, this film will be the first time those characters have taken center stage in their cinematic universe.

But the movie isn’t all. Black Panther is being treated to his own expanding universe. Marvel is releasing a series of videos to educate audiences about his back story, and how he fits into the MCU.

Ryan Coogler (Creed) says the film will be a very personal experience for him. He spoke to Fast Company discussing the film, and diversity in Hollywood

What Marvel’s doing, and what you see a lot of studios doing now that Marvel has done it so successfully, is making content that exists in a particular universe, where the characters tie in and crossover, and I think that’s a great creative challenge to me—to make this movie as personal as possible. It’s going to be my most personal movie to date, which is crazy to say, but it’s completely the case. I’m obsessed with this character and this story right now, and I think it’s going to be very unique and still fit into the overall narrative that they’re establishing. I grew up as a comic book fan, and the same things used to happen in the comic books. You’d have Wolverine’s books, and they’d be so much darker and more brutal than the X-Men books, but they’d still fit in when you open the pages of the X-Men book. It’s new to movies, but it’s not new to storytelling.

Avengers : Infinity Wars will bring the infinity stone storyline to a head, with The Avengers combining forces with the likes of Nick Fury (Samuel L. Jackson) and the Guardians of the Galaxy as they finally face off with Thanos (Josh Brolin). Not much out right now about the film specifics, aside from the promise of an epic crossover with all your favorite heroes in one place. This movie will be split into two parts, and released a year apart, with the next two films on the list sandwiched in-between.

Paul Rudd and Evangeline Lily will reprise their roles in the second installment of the Ant-Man franchise. Micheal Douglas will also reprise his role as Dr. Henry ” Hank” Pym, the first Ant-Man. This one is still aways out, so details are a bit sketchy so far. 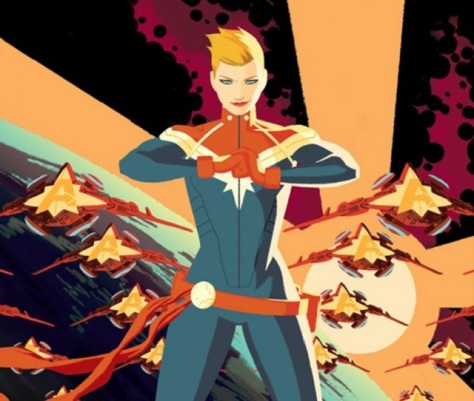 Captain Marvel set to feature the MCU’s first lead female protagonist in the form of Carol Danvers. Rumors have gone around that this film might be scrapped for a Black Widow helmed movie, which would still pass the Bechdel test, but more than likely we’ll get both, not either or.  No casting announcements as of yet, but Meg LeFauve (Inside Out) and Nicole Perlman (Guardians of the Galaxy) have been tapped to pen the screenplay.

While the project has been pushed back twice, and then removed all together from Disney’s production schedule, fans worried that the project wouldn’t happen at all got some good news from Kevin Feige on a recent Empire Film Podcast,

“The only situation right now is that [Inhumans] is not gonna be a part of Phase 3 because Phase 3 increased in a very good way since we initially announced. When and where and how it pops up remains to be seen, but it’s characters we love, it’s a storyline we love, and we just didn’t want to cram it into an already quite full Phase 3.”

Inhumans may well be the first installment in what will be Marvel’s Phase Four, which would start in around 2020. Being set after the Infinity story line resolves itself, Inhumans could hearken the next MCU story line, putting it in direct competition with Fox’s New Mutants and X-Force. Since Fox has held tight to its hold over all things mutant, Inhumans gives the MCU that dash of super-humans audiences crave.

Fans of the Marvel television show Agents of S.H.E.I.L.D may hope to see tie-ins, as the shows main focus is on the existence of Inhumans, (and humans with Kree blood) who have recently discovered their abilities. The story line ties in with both Guardians of the Galaxy and The Avengers, but offers up a deviation from the current plot, and a slew of new villains and heroes.

Looking forward to the next three years of the MCU? Let us know what you think in the comments below, or visit us on Grizzly Bomb’s Facebook page. As always, stay tuned to Grizzly Bomb.com for the latest for the latest in geeky news for nerds.