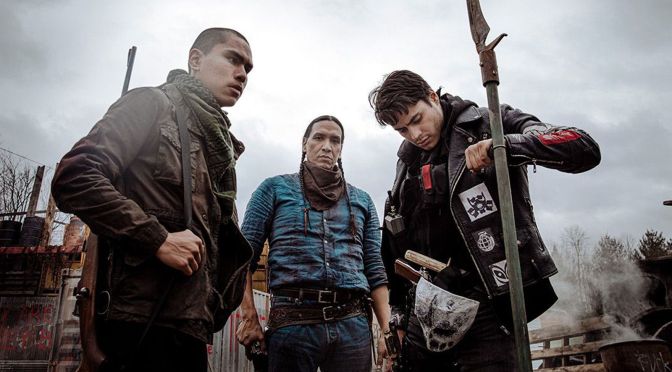 In the first trailer for Blood Quantum from Mi’gmaq writer and director Jeff Barnaby, the inhabitants of the Mi’gmaq reserve of Red Crow are being threatened by an undead onslaught.

Blood Quantum depicts the effects of a zombie uprising on a First Nations reserve whose residents are personally immune to the plague because of their indigenous heritage, but must still cope with the consequences of its effects on the world around them, including a wave of white refugees seeking shelter on the reserve. The film’s cast includes Michael Greyeyes, Elle-Máijá Tailfeathers, Forrest Goodluck, Kiowa Gordon, Brandon Oakes, Olivia Scriven, Kawennáhere Devery Jacobs, and Gary Farmer.

Check out the trailer for Blood Quantum below:

The film’s depiction of its zombies delivers the goods. Often being dispatched with an assortment of chainsaws, shotguns, samurai swords, and makeshift weapons, the terrific ensemble cast leads Barnaby’s zombie film to regularly dive directly into exploring racism, colonialism, and the very real threat of extinction of Indigenous communities that generations have experienced. It’s taking a page directly out of the Romero textbook that started with 1968’s Night of the Living Dead. Allowing marginalized voices to get angry and have some fun with the horror genre.

Blood Quantum is both written and directed by Canadian / Mi’gmaq filmmaker Jeff Barnaby, his second feature film after making Rhymes for Young Ghouls, as well as a few shorts. Originally brought to the Cannes Film Market in May 2019 as part of “Fantastic 7”, a program of genre films sponsored by various international film festivals, Blood Quantum later made Its public theatrical premiere at the 2019 Toronto International Film Festival, where it was named second runner-up for the People’s Choice Award: Midnight Madness. The film was later acquired for international distribution by Shudder, where it will stream later this year after a short theatrical run.

Little background on the film’s title: blood quantum was initially a system that the federal government placed onto tribes in an effort to limit their citizenship. Many Native nations, including the Navajo Nation and the Turtle Mountain Band of Chippewa Indians, still use it as part of their citizenship requirements. Blood quantum simply is the amount of “Indian blood” that an individual possesses, an institutionalized method to propagate racism and keep a minority group disenfranchised and separate. 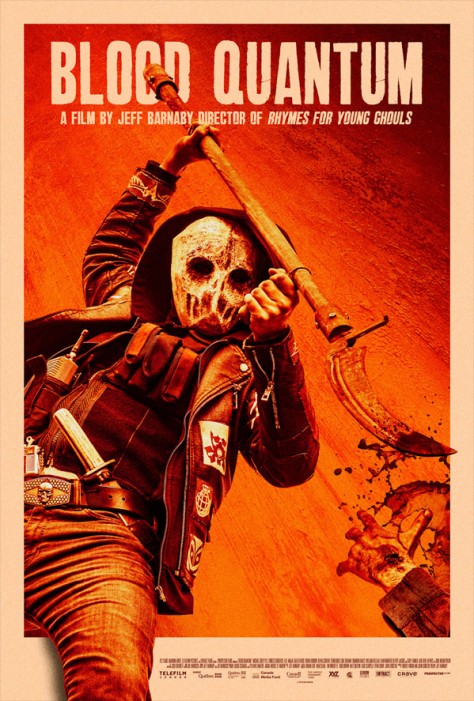 Shudder will release Barnaby’s Blood Quantum in theaters in Canada only starting March 27th this month. It will also open in select US theaters soon after, then arrives on streaming later.