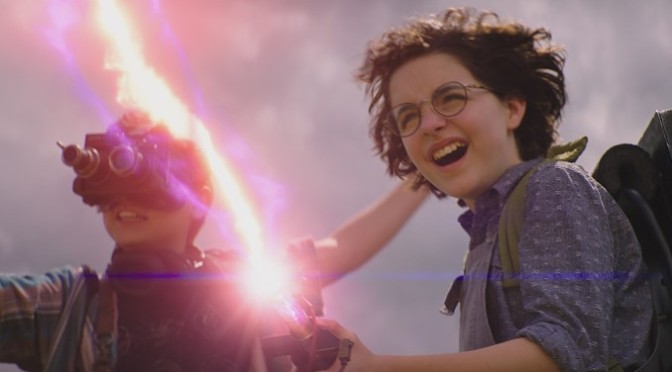 Sony Pictures has just revealed a brand new trailer for Jason Reitman’s Ghostbusters: Afterlife, a continuation of the original films. And yes, there are definitely some familiar faces that show up this time around.

Everything happens for a reason… In Ghostbusters: Afterlife, when a single mom and her two kids arrive in a small town, they begin to discover their connection to the original Ghostbusters and the secret legacy their grandfather left behind.

Check out the new trailer for Ghostbusters: Afterlife below:

END_OF_DOCUMENT_TOKEN_TO_BE_REPLACED 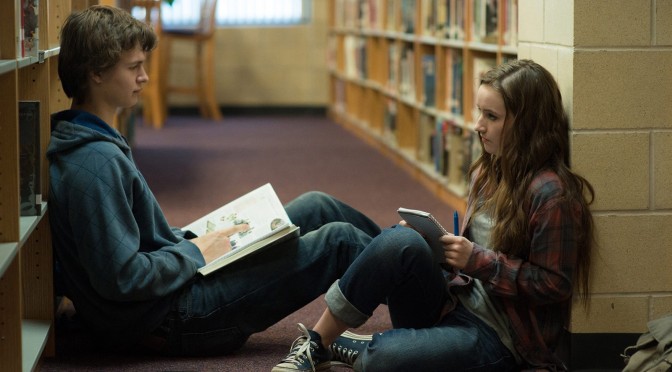 Less than a year after the release of his previous feature, Labor Day, Jason Reitman returns with Men, Women & Children, yet another take on relationships, albeit, more modern and ambitious. Infusing the perils of technology, Reitman creates an interconnected story featuring parents and teenagers trying to decipher what the Internet has done to our society. The segments range from a couple using the Internet as an escape from their strained marriage, to a high schooler struggling with a fetish that deviates from the common sex culture, to a star athlete whose lost interest in football after his mom runs off and finding comfort in the online world of Guild Wars. Some may laugh it off, or find the struggles of this Texas suburban community to be negligent to greater world problems, but it’s through Reitman’s raw telling of the story that makes Men, Women & Children the most honest film of the modern day. Nothing is sugar coated. Every storyline features people we’ve known, stories we’ve heard, and struggles we’ve felt. Yes, some threads are stronger than others, but the overall product creates an extraordinary film.

The binding of the story relies on an ominous narrator, Emma Thompson, who uses Carl Sagan’s Pale Blue Dot to put a perspective on life. She chimes in throughout, ocassionally giving tidbits into the characters’ thoughts for comedic expense, yet mainly as a reminder of how unimportant we are, how insignificant everyone we know, everyone we love, everyone we’ve heard of, is to the universe. It’s through this thought, that the audience is forced to think what matters most to them. To some characters it’s sex, to others it’s love, fame or just acceptance. Reitman and co-writer Erin Cressida Wilson beautifully maneuver Chad Kultgen’s novel into an emotionally satisfying ensemble piece.

Utilizing mostly handheld camera (even shaky dolly shots) and little pop-up blurbs on the screen to show texting, internet browsing, etc., Reitman draws us into this realized world. Fruitvale Station, Sherlock, and others have used similar techniques, but Reitman fluently integrates the technology to demonstrates how naturally it has become involved in our lives such as having the Google search bar appear above a character browsing for escorts, or in one of the most memorable shots, showing kids walk through school with texting, music, tweeting effects hanging above their heads.

Across the board, performances are good with the high school kids for the most part outshining the parents. The standouts have to be Ansel Elgort, who most know as the love interest in The Fault in Our Stars.  Adam Sandler, gives a very subdued performance akin to Punch Drunk Love and proves that despite his recent shit show of films, the guy is capable of being a good actor. Sandler’s son in the film, Travis Tope, is noteworthy, as is Judy Greer, a mom trying to jumpstart her daughter’s modeling career. Jennifer Garner, an overtly protective mother who will go to insane means to track her daughters digital footprints also is a plus. 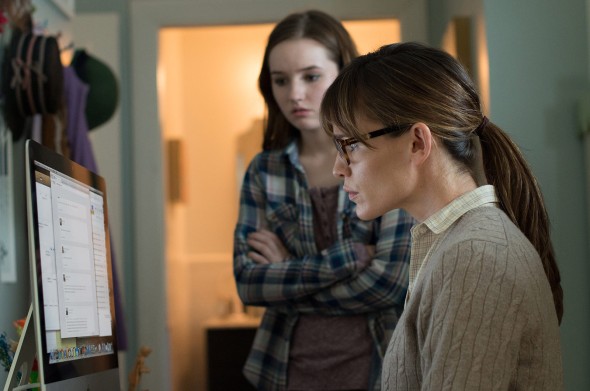 That all said, the film is not perfect. Some of the teen storylines don’t wrap up as nicely as others, leaving a morally ambiguous finale for the ending montage. Also, the scenes where the story transfers from one character to another when they pass each other is a bit cheesy and too coincidental. There’s also some odd choices made of when Emma Thompson voice comes in that felt like Reitman wanted to keep the comedic tone rather then delve straight for the drama. And oddly, J.K. Simmons is given almost the exact same role he played in Juno. A lot of comparisons have been thrown around to last years film Disconnect, which dealt with similar problems derived from the internet and featured another comedic actor with a beard. The biggest difference, is the plausibility of the students and the situations. Men, Women & Children deals with the desire to stand out and the use of the Internet as an escape, while Disconnect was an overly exaggerated film about the extremes of using the internet. The former allows for connection, the latter allows for parents to panic.

Reitman’s film doesn’t say that using the Internet is bad or that we shouldn’t, it just wants us to realize how it has changed the world and to decide on our own whether that is good or bad. Is it wrong to find solace in others online? To some it may be, for example a character using online chatrooms to encourage her anorexic diet, but for others, like Ansel’s character using Guild Wars, it’s a place to be himself and to feel like he’s constantly working towards something instead of being unimportant to society. That’s the debate at the heart of Men, Women & Children. Is the easy access to our desires online good or bad, and whether these desires should be important or unimportant. The film doesn’t give a clear-cut answer, it simply gives the audience enough to recognize technologies connection to our society.

Paramount Pictures has just released the first trailer for Jason Reitman’s new film, Labor Day. Based on the novel of the same name by Joyce Maynard, the film follows a depressed mother Adele (Kate Winslett) and her teenage son Henry (Gattlin Griffith) who are forced to take in an escaped prisoner played by Josh Brolin. As the Labor Day weekend goes on their relationship begins to change drastically. Joining them is a solid supporting cast in Clark Gregg (Marvel’s Agents of Shield), J.K. Simmons (Spiderman, Juno), and Tobey Maguire (Spiderman). The film is being given a limited release on Christmas day, presumably to boost Oscar potential (Plausible, as Winslett and Brolin both give stellar performances) and availability will expand later in January.

I actually got a chance to catch the film at the Chicago International Film Festival and for the most part I really liked it. If you’re a fan of Jason Reitman’s previous works, (Excluding perhaps the polarizing Young Adult), you should find this among his best.  This first trailer does a good job of conveying the mood the picture’s going for, while giving away very little of the plot:

I feel the theatrical trailer gives away too much of the story, and since it’s all about the character’s relationships and the events that unfold, I’d suggest skipping it.

And finally, in case you can’t get enough of Labor Day, here’s a clip from the film that was released a couple of weeks ago: