Alexandra Daddario and Taissa Farmiga alongside a very creepy Crispin Glover, and nefarious Sebastian Stan star in this tale of two sisters who live in a large manor, caring for their deranged uncle. Brainstorm Media has now released the first trailer for their upcoming Shirley Jackson adaptation, We Have Always Lived in the Castle.

END_OF_DOCUMENT_TOKEN_TO_BE_REPLACED

The dark comedy centers on the life and career of the infamous Olympic figure skater, who fell from grace after the attack on fellow competitor Nancy Kerrigan.  I, Tonya presents a stylized (and often comedic) approach to staging the story behind the disgraced sportswoman’s societally coded image, including her abusive relationships with her parrot-loving mother, LaVonda Golden (Allison Janney), and husband, Jeff Gillooly (Sebastian Stan).

END_OF_DOCUMENT_TOKEN_TO_BE_REPLACED 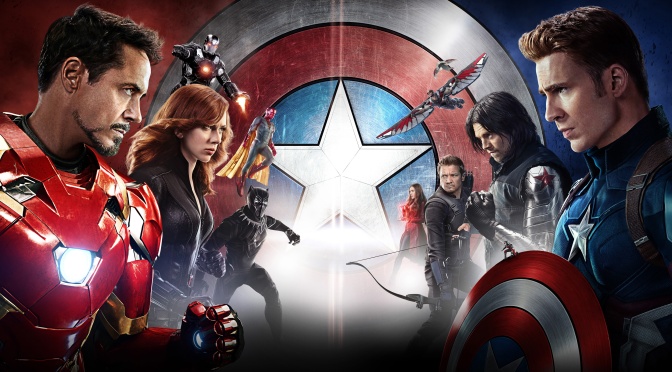 I saw Captain America: Civil War opening night and despite popular opinion, I was a bit disappointed.

Don’t get me wrong, it’s leaps and bounds better than the majority of other Marvel Cinematic Universe films, but I think the hype got to me and I left a little underwhelmed. So, if you loved it (and you probably did), don’t yell at me, I loved it too, my disappointment couldn’t outweigh my enjoyment. But I do have a few things I’d like to address…

END_OF_DOCUMENT_TOKEN_TO_BE_REPLACED

Welcome back to the Hero Express, your one-stop sometimes SPOILER filled shop through the top stories in superhero comic based Film & TV news!

X-Men Days of Future Past

Bryan Singer uses Twitter to preview Beast and to fool.

I can finally announce @ladygaga is joining #XMen #DaysofFuturePast as Dazzler. One of my all-time favorite characters. Can't wait!

I am not usually one who likes April Fool’s Day, but I did get a good laugh out of this “casting announcement”. Like in our last installment of Hero Express, Singer uses Twitter often to let fans in behind the scenes, including casting  news. So it wasn’t out of the realm of possibility that he’d cast Lady Gaga as the Dazzler, but let’s be honest, it was a sigh of relief when realized it was a prank.

Thankfully it appears as if all joking is over as he later tweeted out this picture.

Beast is looking pretty good! Nicholas Hoult (Warm Bodies) is set to reprise his role as the younger Hank McCoy/Beast, but its still unclear if this is simply a makeup test, a concept pic or the actual look of Hoult as Beast.

What’s that about Black Widow?

Oh, you heard correctly, Black Widow has been confirmed by Marvel as a part of The Winter Soldier. Not only that but Samuel L. Jackson’s Nick Fury also has a relatively substantial role in the film. Marvel was very chatty about the new Captain America movie and released info on Robert Redford’s role as……

A S.H.I.E.L.D Agent himself, Pierce works alongside  Nick Fury in what will amazingly enough be the first time Redford and Jackson have starred in a movie together. In the EW article it is said that he has been pulled back in to “help run” the agency.

As if all that wasn’t enough, they kindly gave us a glimpse behind the scenes with Chris Evans as Captain America and his trusty shield.

First it was Ant-Man and Doctor Strange. Now its Black Panther. At this rate Marvel is going to be announcing movies about Auric and Silver Fox or another somewhat obscure superhero any day now. There isn’t much out there about the Black Panther project that’s been hinted at for an eternity (about as long as Ant-Man) but earlier today Morris Chestnut tweeted that “It’s time to get familiar with the Black Panther character!” which included a picture of the Black Panther comic.

I’m guessing maybe Marvel got a little touchy about this because now both tweets have been taken down as has the link on his Facebook page. Of course that’s all it took because now we are all talking about Black Panther! Well done Mr. Chestnut, well done.

Speaking of Doctor Strange, he’s got a director now. Well, a rumored director at least. The Latino Review (sadly this is not the first time I’ll mention them) are keeping at their somewhat amazing ability to sniff out rumors and are saying that Evil Dead‘s director Fede Alavarez is slated to helm Doctor Strange. Of course just rumor for now so we’ll have to see if it sticks around. There a lot of time between now and Doctor Strange’s scheduled premier in 2016.

Guardians of the Galaxy

THR is reporting that the star of the hit movie Center Stage, Zoe Saldana, is in talks to join Guardians of the Galaxy. Okay, so she’s had a few roles since Center Stage, not the least of which would be Star Trek and Avatar (small little art films, maybe you can find them on Netflix), but she’ll always be that little ballet star wannabe to me.

If things progress like people think they will, Saldana will be joining Chris Pratt and Dave Bautista in the 2014 movie. Who will she play? Well, it’d be none other than “The Most Dangerous Woman in the Universe”, Gamora. All they need now is Groot and Rocket Raccoon and the Guardians will be set.

Will someone please make this happen?

Seriously universe, outside of The Dark Knight trilogy, DC fans haven’t had much to brag on when it comes to big box office summer blockbusters. Would it kill you to let the pieces fall into place for the Justice League movie? Would it?

Once again, The Latino Review is behind the rumor that the Justice League movie is derailing. El Mayimbe joined the SchmoesKnows podcast and gave them the bad news.

It was one thing when they said Christian Bale wasn’t going to be Batman, that I can live with. I can even live with Christopher Nolan not being involved at all. Part of me was even okay with Ben Affleck directing. But it just seems that with each passing day, it becomes more apparent that this is never going to happen, no matter how much we want it to.

Excuse me as I go find a beer to cry into.

That’s right, Justice League: The Flashpoint Paradox production is moving along and none other than SouthLAnd actor C. Thomas Howell is voicing Professor Zoom/Reverse-Flash. We already knew quite a few of the other voices, including Vanessa Marshall as Wonder Woman and Ron Perlman as Slade Wilson but there hasn’t been any word on who play the voice of Flash yet. It is set for DVD/Bluray/Digital Download release on July 30th, 2013.

Of course it would be wrong to mention Flash without paying tribute to the man behind the superhero, Carmine Infantino, who passed away on April 5th. A man who did great things for the DC Universe, such as being one of the guiding hands behind the Silver Age of DC Comics, he leaves behind a legacy that is not soon to be forgotten.

That about does it for this edition of Hero Express! Let us know what you think of these stories in the comments and we’ll see ya next time! 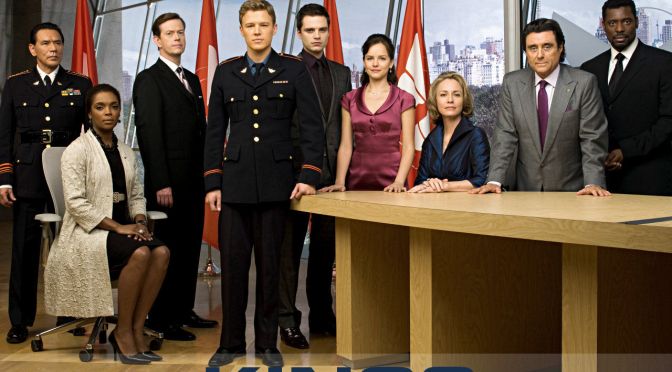 What do you get when you gather Ian McShane, Arrow’s Susanna Thompson, Oz’s Eamonn Walker, and Macaulay Culkin? Only one of the most underrated shows in recent memory, NBC’s Kings.