Universal Pictures released the first trailer in the next installment of the popular “Bourne” franchise. In the new film, Matt Damon returns to the celebrated role in Jason Bourne.

Check out the first trailer for Jason Bourne below:

END_OF_DOCUMENT_TOKEN_TO_BE_REPLACED 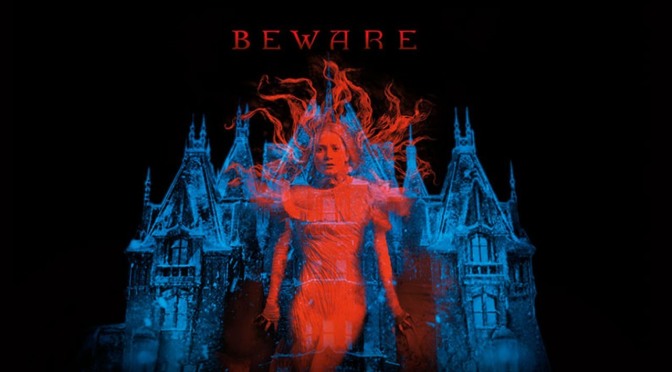 END_OF_DOCUMENT_TOKEN_TO_BE_REPLACED

Universal Pictures officially announced on Tuesday that Colin Trevorrow‘s (Safety Not Guaranteed) upcoming Jurassic Park sequel, will be titled Jurassic World. The movie has also been given the release date of June 12th, 2015. The Wrap got the scoop on this story late yesterday adding that the film will be shot in 3D. Trevorrow will be directing from a script written by himself and Derek Connolly.

Much like Disney World compared to Disneyland, the title itself is a big fat hint that this film will expand the world and attractions (in this case meat-eating, prehistoric beasts) established in the previous three films, with the rumor being that the “Jurassic World”  in the title will be a fully functioning theme park. Numerous sites reported a few weeks ago that The Office’s John Krasinski was up for the role of a Dino wrangler, suggesting that there will be more than the odd paleontologist on the menu. This will really up the ante in terms of drama when things inevitably go belly up.

There has still been no word as the whether Jurassic World will be a sequel, reboot or re-imagining to Spielberg‘s classic series. I would prefer the film to be a continuation of the story. In a world where large corporate companies will jump on any franchise they can see as marketable, it seems logical that someone would want to rebuild Hammond’s failed dreams from the original films. While this idea was explored in the mediocre Jurassic Park: The Lost World, I don’t think it was explored to its full potential.

That idea itself is ironic as the first three Jurassic Park films took in $1.9 billion at the box office and this year’s 3D re-release of the original film has brought in $114 million globally. So it seems obvious that Universal would want to go bigger and bolder for the next instalment as it seems there is still plenty of money to be made from the franchise.

Let’s just hope when Jurassic World opens on June 12th 2015, like the theme parks guests, we are not left wanting our admission fee’s back too.

As soon as I heard about this movie I leapt online to find the trailer. I was hooked on the name alone, but if you really need to know the a bit more about the movie here is the low down. It is the brainchild of Bernie Hernando, Lowell Dean, and Hugh Patterson and this is the film they now have the money to make.

[quote] It’s not unusual for alcoholic cop Lou Garou to black out and wake up in unfamiliar surroundings, but lately things have taken a strange turn. Crime scenes seem oddly familiar. Lou’s senses are heightened, and when the full moon is out, he’s a rage-fuelled werewolf. WOLFCOP is one cop’s quest to become a better man…

One transformation at a time. [/quote]

So not only is he a werewolf cop, he is also a drunken one! Who knows what this film has in store for us?

Cinecoup is funding the movie after it beat out four other movies in their Film Accelerator scheme, meaning if nothing else this film will get a release in Canada. As long as it gets released then I am happy because this short trailer was a barrel of laughs from start to finish. Hopefully we will learn more about the mysterious witches/Satan worshipers who turned Lou into a werewolf. The comedy was great in this with the wink to the barmaid leading into the wolf sticking his head out the window getting a round of applause from this reviewer. Some nice gore too, and for a low budget affair the makeup effects are great fun, reminding me of the old Lon Chaney Universal werewolf only with a gun!

If you want to support the movie and find out up to date news on it then this is the official web site link for the film. To finish off here are some of the great posters used in the promotion of the movie. As soon as we hear more about this original flick we will let you know.

Conan the Cimmerian has been a long standing character of fiction, dating back to 1932. Created by Robert E. Howard, Conan began crushing his enemies in pulp magazines like Weird Tales, and soon branched across all media with books, comics, cartoons, TV series, and movies. In 1982, we were presented with probably the most well-known and loved rendition of the character.

Conan the Barbarian featured Arnold Scwarzenegger in the title role, and pretty much started his ridiculously powerful action movie career. Not only is Conan the Barbarian a fine example of the character, it gave most of us our first taste of the legend to be known as Ah-nuld. He returned in the sequel, Conan the Destroyer, which is probably the best Conan movie ever made (unfortunately you can’t hear my sarcasm). We saw another rendition more recently with Jason Momoa taking over the title role. It was okay, but it certainly wasn’t Ah-nuld.

END_OF_DOCUMENT_TOKEN_TO_BE_REPLACED

Monsters are one of the most popular mainstays in all of fiction. Nearly every child has a universal connection with monsters in one way or another. From childhood it can manifest as a fear, typically of the quintessential “monster in the closet”, or simply just a fascination with them after conquering your fear of them. I think in a way, children can relate to monsters. When you’re young, by the virtue of being younger and less knowledgable, you tend to feel like an outsider. In much the same way that only children can relate to other children at that age, monsters only really get along with other monsters, and there’s a mixture of empathy there that children feel for monsters. For example, who didn’t feel remorse after seeing King Kong die? Not all monsters are as relatable as others, but we know that our fear of them only stems from our misunderstanding of them, and ourselves. So what am I getting at?

END_OF_DOCUMENT_TOKEN_TO_BE_REPLACED

A while back you may remember that we reported on the return of The Munsters to tv. If you were lucky enough to be at the Q & A session at Comic-Con you will have seen the 4 minute teaser for the new pilot. For all of us that weren’t there here is the first image of the whole Munster clan (also from Comic-Con and via io9). As you can see they are surprisingly…well, ‘normal’.

I must admit to being slightly let down by it. I was hoping for them to look a little more monstery. Jerry O’Connell looks less Herman Munster and more Jerry O’Connell.

However, Bryan Fuller (Pushing Daises creator and producer/writer of Mockingbird Lane) told The Hollywood Reporter that they were still very much monsters:

“The Munsters actually do what monsters do: they eat people and they have to live with the ramifications of being monstrous. It’s like grounding it in a reality because the half-hour was a sitcom, we saw the monsters: they were monsters on the outside and weren’t monsters on the inside. For us, they’re monsters outside and inside, and we get to double our story.”

NBC has ordered additional scripts and a decision on whether to order a full series should come soon. If they do we can expect to see other Universal monsters – including The Phantom of The Opera, The Wolfman and The Creature From The Black Lagoon.

I’m still not sure about all this. It feels like an unnecessary remake. They could just have easily renamed the family and not even pretend that they were remaking The Munsters. I’m still waiting to be convinced.

Welcome back to the Hero Express, your one-stop sometimes SPOILER filled shop through the news filled world of superhero’s in Film, TV, Video Games and whatever else floats your boat.

END_OF_DOCUMENT_TOKEN_TO_BE_REPLACED

Say it ain’t so! Like any ambitious and large undertaking in film, The Dark Tower may be getting put on hold because Universal is getting a little gun-shy. (Get it? The Gunslinger? Gun shy?) Javier Bardem is set to star in the trilogy of the popular series as Roland Deschain, the Gunslinger.