Alex Kurtzman and Chris Morgan have been tapped by Universal, to serve as the architects on a rebooted classic monsters universe which would include Universal’s most revered movie monsters like Frankenstein, Dracula, The Wolf Man, Creature Of The Black Lagoon, The Invisible Man, Bride Of Frankenstein and The Mummy.

END_OF_DOCUMENT_TOKEN_TO_BE_REPLACED 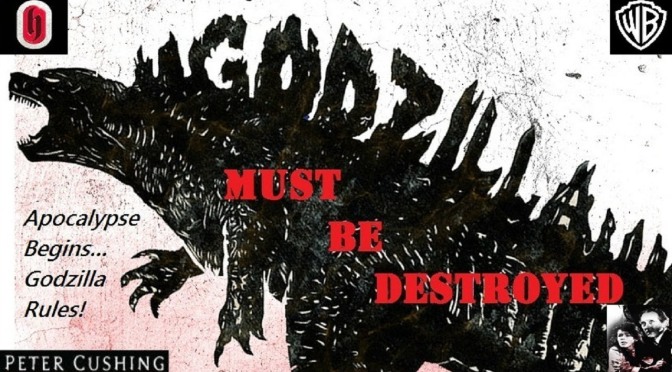 Hammer Horror Films were atmospheric, moody, bloody, and filled with overt sexual voraciousness. The talk of Warner Bros’ reboot of Godzilla getting a sequel, and maybe crossing over with King Kong has sparked our memory to an online video of what Hammer’s version of Gojira might have looked like. We thought this might be a good time to look back at it, and some of our favorite moments from Hammer themselves.

END_OF_DOCUMENT_TOKEN_TO_BE_REPLACED

Universal has been planning to reboot its Universal Monsters characters in a shared universe for quite some time now. We now know that the studio plans to anchor their classic monsters in a series of interconnected action-adventure movies, not horror films. That’s the angle we knew the studio was planning with the new Mummy movie, to be directed by Alex Kurtzman.

END_OF_DOCUMENT_TOKEN_TO_BE_REPLACED

I am pleased to focus on one of my favorite characters day’s Countdown. Today we pay homage to:

END_OF_DOCUMENT_TOKEN_TO_BE_REPLACED

So we here at Grizzly Bomb have a mammoth Countdown to Halloween going on, focusing on some of the greatest Halloween icons to ever terrify humanity. However, here I just want to give a thumbs up to some of the more obscure creatures of the night who have terrified me over the years.

So welcome to our Countdown to Halloween Special – Top 10 B-Movie Monsters. Click on through our new handy Tabber below and prepare yourself for some B-Movie greatness.

END_OF_DOCUMENT_TOKEN_TO_BE_REPLACED

Bram Stoker gave us a gift in 1897. The gift was Dracula, a character very loosely based on the exploits of Vlad the Impaler, who was a dab hand at impaling people on spikes (yeah, he never got invited to many parties I’m guessing). From this one novel an industry was born, with films still being made today about ‘Count Alucard’ and actors such as Christopher Lee, Bela Lugosi and Gary Oldman all having a crack at the role of the world’s most famous vampire.

END_OF_DOCUMENT_TOKEN_TO_BE_REPLACED

Monsters are one of the most popular mainstays in all of fiction. Nearly every child has a universal connection with monsters in one way or another. From childhood it can manifest as a fear, typically of the quintessential “monster in the closet”, or simply just a fascination with them after conquering your fear of them. I think in a way, children can relate to monsters. When you’re young, by the virtue of being younger and less knowledgable, you tend to feel like an outsider. In much the same way that only children can relate to other children at that age, monsters only really get along with other monsters, and there’s a mixture of empathy there that children feel for monsters. For example, who didn’t feel remorse after seeing King Kong die? Not all monsters are as relatable as others, but we know that our fear of them only stems from our misunderstanding of them, and ourselves. So what am I getting at?

END_OF_DOCUMENT_TOKEN_TO_BE_REPLACED

As you know, I normally write about video games. Movies and TV shows are not my thing, but whenever I get a chance to take a shot at NBC, I have to. The peacock is so damn stupid, I almost feel bad about laughing at the network. It’s like laughing at someone who’s mentally challenged. It’s not their fault they do not have a normal IQ level. But then, NBC is run by people who are getting paid six figures, so f— them.  Anyways, the NBC execs have cancelled a number of shows only to replace them with something worse. It’s OK if people actually watch NBC, but NO!!!! Even fewer people tune in to their new shows.

Remember Southland? They cancelled the show after they have finished shooting six episodes of season 2. We’re talking about flat-out withdrawing all of the episodes from schedule before the season premiere even aired.  They replaced it with more Chris Hansen. (Thank God TNT picked up the show. The police procedural will air its fifth season  in February, 2013.)

Don’t even get me started on The Jay Leno Show. You know you done messed up when you have an entire Wikipedia article dedicated to the controversy. Last year, their marketing campaign focused on Whitney, which many consider to be the worst “comedy” on TV right now. Obviously, there was little to no mention of Community or Parks and Recreation. NBC also started Grimm out on Fridays. Sounds like a great idea to be placing a show with potential broad appeal in the TV graveyard.

Someone has to be sucking someone’s dick to keep this show on air.
I don’t know who. For all I know, it can be the catering guy.

Oh, and they fired Dan Harmon right after Community’s third season. Yea, as if the show will last more than four seasons, especially after the peacock decided to air the show on Fridays this coming fall.

If they can’t net you 10 million viewers, nothing can.

Even more recently (we’re talking about a few hours ago recent), NBC decided against airing the Olympic opening and closing ceremony live. Really? I know you gotta make that paper but this is just a new low, even by peacock standards. Can’t you just display banner ads at the bottom of the screen?

Anyways, imagine how I feel when they decided to give Dracula a green light. No, I’m not excited or ecstatic, or anything along those lines. I am merely surprised, since this move is so damn logical (albeit safe). I mean, you have 9 million Twihards out there, and vampire is the hit thing right now. NBC maybe a little too late, but they can still make some money off the show.

Personally, I would have gone for Blacula. Just saying…

Johnathan Rhys Meyers (from The Tudors, which is pretty awesome) was casted as the titular role, Dracula. The protagonist will pose as an American entrepreneur trying to introduce technology to the late 19th century Britain. His real intent, however, is to take revenge on some people who stepped on his toes a few centuries ago. Obviously, there will be a girl whom he falls in love with, and the girl in question will bear striking resemblances to his long-lost love.

Say what you will but he’s one beautiful dude. Damn, it should be illegal to be that good-looking.

The fall pilot season is absolutely looking disastrous. Don’t believe me? Try taking this quiz. Find out which of the posters belong to actual NBC comedies airing in fall, and which were photoshopped. It’s not just the comedies either. The rest of the peacock’s schedule is just horrendous. See for yourself.

Dracula will not begin production until later this year. Expect the show to come out in 2013. Not like it matters. NBC’s 12-13 season is done.  Keep going hard as the 4th among network TV. Yes, that was sugar-coating “last place”.

Well, at least we will have spent 12 episodes worth of time watching this piece of eye candy by the end of 2013. I’m straight, in case you’re wondering.

By the way, please watch Parks and Recreation and Southland. Both of them are fantastic shows. As for Community, let’s just say it won’t be the same show without Dan Harmon.

F.W. Murnau‘s film is a true classic of not just horror films, but of films in general. Made in 1922 it is the first film version of Dracula. This fact also means we are very lucky to be able to watch it at all. Neither Murnau nor the production company had acquired the rights to ‘Dracula’. They did change names – Dracula to Orlok and Harker to Hutter, for instance – and locations, but it was still far too close to the book. Bram Stokers widow sued the German production company, and a judge ordered the film destroyed. Thankfully, at least one copy survived.

And so to the plot: Thomas Hutter is an Estate Agents clerk in the German city of Wisbourg. His employer – the strange Knock – sends him to the Carpathian Mountains – Transylvania! – to sell a house – the one opposite Hutters house – to the mysterious Count Orlok.

The nearer he travels to the Counts castle the more terrified the locals are. The sinister edifice he finally reaches is deserted, apart from the nefarious Count. As the Count heads off to Wisbourg to claim his new home – slowly killing off the crew of the ship one by one – Hutter tries to make it back to warn everyone.

The cities inhabitants succumb to ‘the plague’, causing wide-spread panic.

Only when Hutter’s young wife sacrifices herself – tricking Orlok into being caught by the sun’s rays – does the terror stop.

Incidentally, it is from this film that the myth that vampires can be killed by sunlight starts.

Nosferatu is one of those movies that everyone should see. It maybe silent – and I know that some people will hold that against it – but this is a cinematic icon.

Obviously it is over-melodramatic, but most – if not all – silent films are. The visuals are stunning though. Murnau’s use of light and shade are sublime. His use of shadow to represent the vampire is also brilliant – Orlok’s shadow stalking up the stairs, near the end of the film, is an image most people will recognize.

Max Schreck is one of the creepiest vampires ever to grace the screen. Whilst vampires for a very long time – and even, sometimes, still today – were styled on Lugosi’s Dracula, Schreck’s Orlok is almost unique – only in Salem’s Lot do we find a vampire looking similar.

This is, without a doubt, the best film version of Dracula to exist. To give it any less than 5 out of 5 would be a crime.