Universal had already set a release date for June 24, 2016 for the new Mummy film with Kurtzman and Morgan acting as architects for this entire shared universe of classic Universal monsters. There is still very little known about this new Mummy reboot, but recently a rumor has sprouted up that it will involve Navy SEALs battling the undead corpse…so…digest that for a bit because it sounds ridiculous. Fargo TV series creator Noah Hawley is signed write one of the Universal monster movies, but it isn’t clear if he is writing this unspecified movie now set for 2017, or another project altogether.

Kurtzman spoke a little about he and Morgan’s approach to this new shared cinematic franchise:

“We’re reaching into the deep roots of The Mummy, which at its beating heart is a horror movie and then an action movie, and putting it into a context that is real and emotional… It’s still a four quadrant film but as a lot of recent movies have proven, audiences are hungry for more than they used to be. You can still have a family movie, an action movie that’s more grounded than these used to be.”

Since Dracula Untold was officially the first entry in this new Shared Monster Universe and the now-set Mummy film in 2016, Universal has revealed a release date of Friday, April 21, 2017 for what they’re calling “Untitled Universal Monster Franchise Film”. Dracula: Check, The Mummy: Check. What monster does that leave open for 2017? There’s already an unrelated Frankenstein film set for 2015 so chances are it will be The Wolfman, which already had a re-boot of sorts just a few years ago. The Invisible Man and Creature From The Black Lagoon are a little less-known to be introduced so early in this new shared cinematic universe but don’t rule out a Van Helsing film either.

A new epic action-adventure in a series produced and overseen by the creative team of Alex Kurtzman (Star Trek series) and Chris Morgan (Fast & Furious series), the UNTITLED UNIVERSAL MONSTER FRANCHISE FILM will follow The Mummy in their new initiative to revive and reimagine Universal’s classic monsters for a modern audience.
Given the flack that Kurtzman has received for his treatment of the Star Trek universe and the relative silliness of the Fast & Furious franchise (though, if you ask me, they are better now than they ever have been), it doesn’t look good for the integrity of these classic monsters.

Universal has already tried this a few times before. In the mid-90s there were several remakes of classic monster properties in the guise of Francis Ford Coppola’s Bram Stoker’s Dracula (albeit, at Columbia Pictures), Kenneth Brannagh’s Mary Shelley’s Frankenstein and the successful Mummy franchise starring Brendan Fraser. Universal tried again with The Wolfman in 2010 starring Benicio del Toro as the titular character. 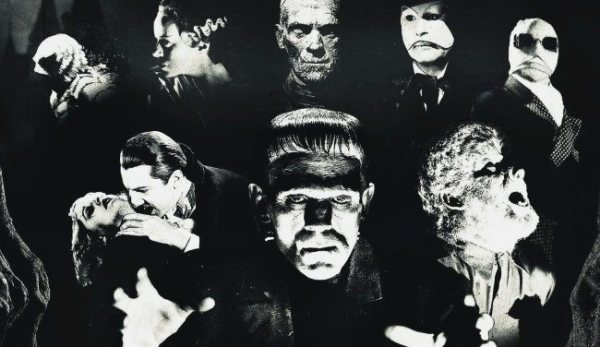 It’s still a couple years off, but this new monster universe from Universal is an intriguing and ambitious idea with a multitude of aspects that could go wrong. Couple that with the varying degrees of success from the previous times Universal has tried to reboot this series and it’s tricky territory indeed. If they could slip in a bit of schlock, some practical effects in the form of make-up and maybe some animations — give the films a real nostalgic feel — they might find an audience who appreciate it. However, knowing the amount of money Universal will throw at this series (not to mention Dracula Untold‘s rather so-so performance at the box office), they will want to make sure they see the most return on their investment as possible.