After turning Resident Evil into a zombie blockbuster series, the duo of Milla Jovovich and Paul W.S. Anderson turn their attention to Monster Hunter. Sony Pictures has unveiled the first official full trailer for the epic big battle movie based on the international video game series of the same name

Behind our world, there is another: a world of dangerous and powerful monsters that rule their domain with deadly ferocity. When an unexpected sandstorm transports Captain Artemis (Jovovich) and her unit (TI Harris, Meagan Good, Diego Boneta) to a new world, the soldiers are shocked to discover that this hostile and unknown environment is home to enormous and terrifying monsters immune to their firepower. In their desperate battle for survival, the unit encounters the mysterious Hunter (Tony Jaa), whose unique skills allow him to stay one step ahead of the powerful creatures. As Artemis and Hunter slowly build trust, she discovers that he is part of a team led by the Admiral (Ron Perlman). Facing a danger so great it could threaten to destroy their world, the brave warriors combine their unique abilities to band together for the ultimate showdown.

Check out the first official and international trailer for Monster Hunter below: END_OF_DOCUMENT_TOKEN_TO_BE_REPLACED 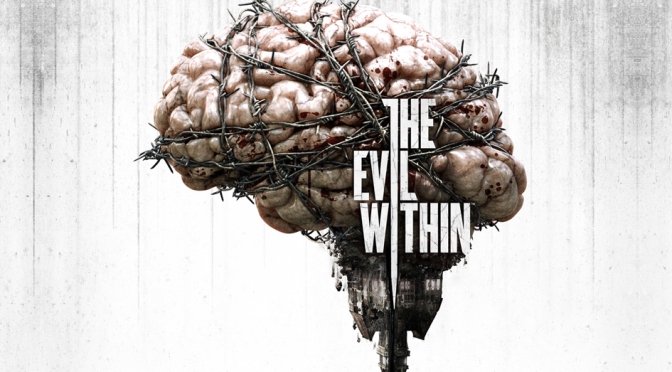 Halloween still scares the living crap out of us. We can’t deal with the abundance of films and video games that feature creepy dolls, undead minions, chainsaw wielding maniacs and flesh eating zombies. Out stomachs are a little uneasy now that we know what will be the scariest game of October 2014 – The Evil Within. The brainchild and video game development genius that is Shinji Mikami has lent his expertise toward the production of this horrifying release. He took some time away from crafting nightmarish creatures and scenarios to answer a few questions. We present to you this exclusive interview with the “father of survival horror” Shinji Mikami.

END_OF_DOCUMENT_TOKEN_TO_BE_REPLACED

With the PlayStation 4 and Xbox 720 almost certainly hitting stores by 2014 and a whopping seven years since the beginning of this console generation, you’d expect Microsoft and Sony to be limping toward the finish line, cranking out shovelware to pad time until their flashier, youthful replacements can take their place. However, 2013 is looking like a banner year for the Xbox 360 and Playstation 3 consoles, despite the fact that if they were people, the 360 and PS3 would be playing bridge at the community center and forgetting the names of their grandchildren. Against all odds, developers are squeezing amazing potential out of these old machines, doing things we didn’t think were possible with current technology. We’ve only hit mid-February and already been treated this year with games like DmC: Devil May Cry, Ni No Kuni: Wrath of the White Witch and Dead Space 3, but there is a lot more in store for 2013. We at Grizzly Bomb can’t believe the wealth of upcoming games that are rounding out this almost decade-long run, so here is our list of our most anticipated games for 2013.

Bioshock is often brought up in cases supporting the argument that video games are art. Irrational Games struck gold when they created Rapture, a sorrowful undersea dystopia which succumbed to the hubris of modern science. But the game reached beyond the scope of the world it inhabited, turning gaming conventions on their head to make a pointed commentary on the role of the player in a video game. How much control do you really have in a game, and how easily do you do what you’re told? Nothing had ever challenged us in such a way on this large a scale before. It opened the door for future titles to take their subject matter more seriously and ask even more questions about why we play games. Bioshock Infinite is Irrational Games’s spiritual successor to the first game, replacing the ocean floor with open skies.

As former Pinkerton agent Booker DeWitt, the player is tasked with rescuing a girl named Elizabeth, who has been held captive in Columbia for twelve years. The floating city features its own unique set of aesthetics and steampunk mechanisms, but it is certainly loosely tied to the world of Rapture. The combat seems to be made up of the same general format; vigors replace tonics and a giant eagle-like creature replaces the Big Daddies, but at the end of the day you still have a gun in the right hand and a magic power in the left. Not that that’s a bad thing – if Infinite can capture half the rich atmosphere and frantic gameplay of the previous games it will be leagues ahead of many shooters. Yet the focal point for me rests on the AI partner Elizabeth, who seems more interesting than the NPC companions we’ve come across before. Irrational is quick to mention that she is far from the silent, robotic and frankly useless tagalongs seen in previous games, and everything we’ve seen in demos supports that. Bioshock Infinite just may be the start of smarter, more capable and satisfying AI.

I remember watching an interview with Deadpool: The Game lead designer Terry Spier in October of 2012 and thinking they just might have the savvy to pull this off. He was quoted as saying it will have “Everything you could want in a Deadpool game.”  Considering he’s one of the most intriguing comic book anti-heroes, there is a lot to be said about that statement.

Deadpool: The Game will be a 3rd-person action brawler to include the use of Deadpool’s extensive arsenal. It will be a unique adventure not tied to any previous story line, but rather will be mission based. Spier truly believes they have nailed his personality. That being said, the game should fully deliver the fourth-wall breaking Merc with a mouth that we all love.

Could anyone else go for a chimichanga?

The Last of Us

Uncharted is one of the most lauded and beloved series of the past decade, but even before that Naughty Dog was making waves with games like Crash Bandicoot and Jak and Daxter. While the majority of successful games have gone the open-world route and allowed the player to enjoy a build-your-own-adventure playstyle, the studio has been fine-tuning the linear single-player campaign to near perfection. The Last of Us looks to be taking that even further with another third-person action game a la Uncharted, only this time there’s a dedicated focus on emotion, character and story. Joel and Ellie are two survivors trying to find the coast in a wasteland of roving bandits and infected horrors. The violence is brutal, the landscape overgrown, the characters desperate. This is Cormac McCarthy’s The Road with a controller.

I haven’t felt the kind of excitement I have for The Last of Us in an extremely long time. The Uncharted series, particularly Drake’s Deception, achieved an almost effortless sense of character and atmosphere. Its cinematic moments are some of the most breathtaking scenes I’ve come across in all the games I’ve played. All of this is despite the fact that, at its core, the story is fairly hollow and the gameplay is far from special. From everything I’ve seen, The Last of Us looks like it will boast all the same qualities that made Nathan Drake one the most iconic characters in video games, and ground it all on something thrilling, emotional and satisfying.

What you’re reading is a bunch of games that bring excitement and/or nostalgia to the staffers here at Grizzly Bomb. Video games have come a long way in terms of storytelling and the immersion the gamer has into the new world. Grand Theft Auto III led the way into the non-linear world where you can do as you please and interact with the objects in your environment to aid in whatever you chose to do in the world of Liberty City. Ubisoft, the people behind the Assassin’s Creed series, have helped usher in a revolution in gaming in terms of the control and open world environments. It looks like they are about to up the stakes and expectations in the video game world one more time with Watch Dogs.

I remember watching the 2012 E3 trailer for this game and being blown away. Then I watched the gameplay demo, that I have embedded below, and it completely blows my mind. The idea of ‘Big Brother’ has been along for awhile but never been totally explored in the video game world. At least not in a world where you can play ‘Big Brother’. In this game, as you navigate a beautiful rendering of Chicago, you control all the electronic devices in your area and in the demo, you can hack or control the electronic airwaves. So walking by someone, you can see what their income is, whether they’ve been charged in a crime, or even see if they carry a disease unknown to the public around them. It’s a scary proposition that someone could view this information off of your ‘digital shadow’. Basically, the world is run by a supercomputer that processes all the information in order to safe guard against any attacks and keep things regulated in the world. However, if someone were to gain control of that access, imagine what they could do with that information. I honestly cannot do the game justice explaining it in two paragraphs. Just watch the gameplay trailer below and be amazed. You can thank me later.

Rockstar Games is a studio with an almost immaculate track record of late. They’ve had major success with their smaller titles (size is relative here) like Max Payne and L.A. Noire but they are revered and highly esteemed for their work on their flagship series, Grand Theft Auto. GTA V is taking fans back to Los Santos for the first time since San Andreas, and much like they had done with Liberty City in GTA IV, the tri-city area has been redesigned from the ground up. We don’t know all that much about the game’s story but we can expect more of the violence, gunfire and criminal activity that has made the series a favorite target for the mainstream media.

There aren’t many companies I trust as implicitly to deliver a satisfying experience as Rockstar Games. They just make good content. It’s easy in the years between titles to forget that there is more to the Grand Theft Auto series than indulgent sex and violence. The truth is, the sandbox of GTA is great for so much more than that. Racing, hunting hidden items, finding secrets…hell, even walking down the street in Rockstar’s cities is always full of surprising, entertaining moments. It’s also worth mentioning that Grand Theft Auto is one of the best satires of American culture out there today. But what makes me most excited for GTA V is the fact that this will be the first game in the series to come out since Red Dead Redemption, a game that introduced plenty of new innovations to the 3rd person sandbox, and quickly became one of my favorite games. If they implement any of the same ideas into the new Grand Theft Auto, it should be a fantastic next chapter in the series.